Is WB ever going to let anyone market this movie? 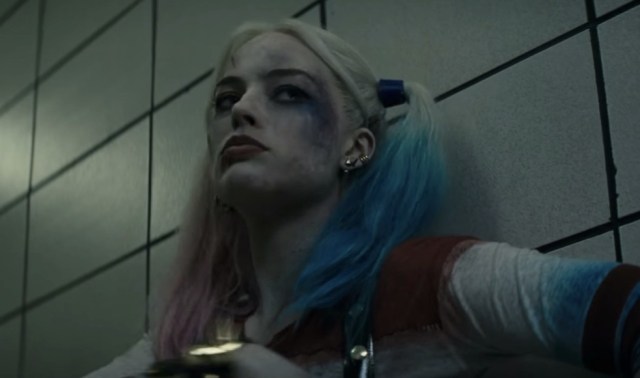 Spoilers! The kind you were totally expecting, but still.

Warner Bros. just can’t seem to keep a lid on Suicide Squad. The fans are just too hungry. They were already mad at us for… wanting to see the movie’s trailer, and now Margot Robbie’s Harley Quinn stunt double, Ingrid Kleinig, has had to delete her entire Instagram account after posting a fairly minor spoiler—or at least one that doesn’t surprise us.

What is the world coming to!? (Scroll down for spoilery details.)

The picture Kleinig posted, which you can of course still see in screen grab form, shows the movie’s Ace Chemicals set, which figures into the origins of both the Joker and Harley Quinn in the Suicide Squad comics. In the comics, the Joker threw Dr. Harleen Quinzel into the same vat of chemicals at the plant that turned him into the villain he is now, so while it’s still up in the air whether or not we’ll get an on-screen Joker origin, it seems pretty likely we’ll see Harley’s transformation.

Or they could just be using the plant as a hideout as a little homage for fans, but an origin story for Harley’s first screen appearance makes sense—especially one straight from the pages of Suicide Squad comics. What do you think?