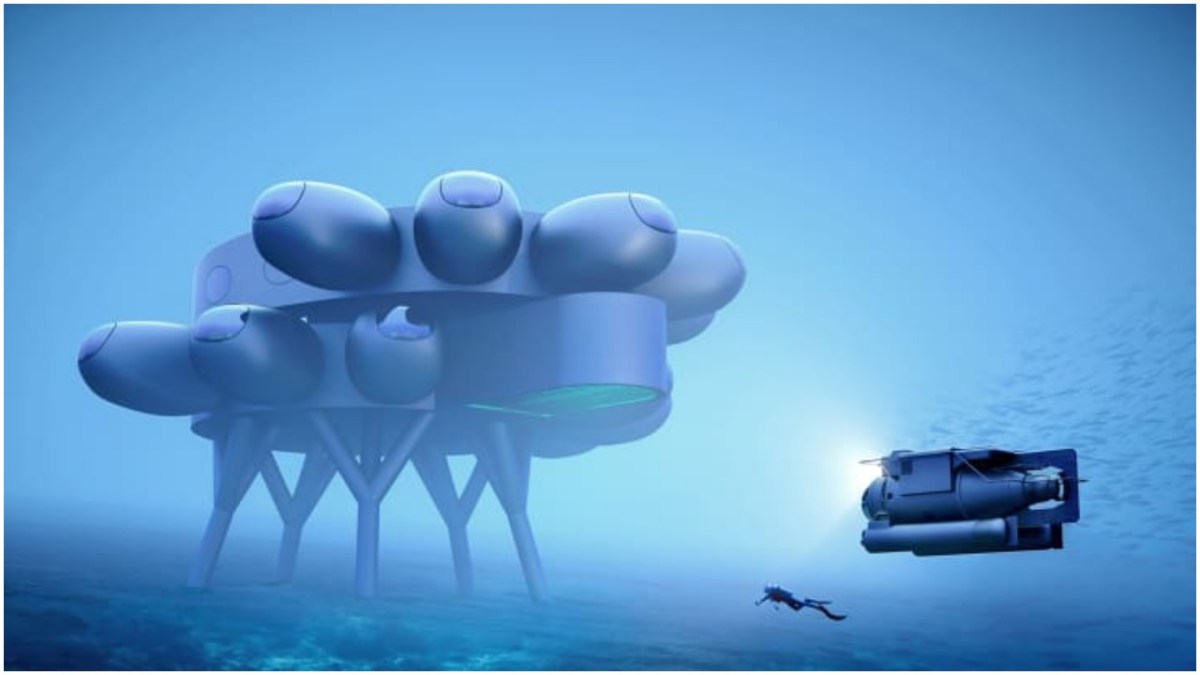 Many of our brightest minds and billionaires have targeted space exploration as the next frontier. But there is still so much of planet Earth that remains undiscovered. Namely our oceans, which cover 71% of the earth’s surface, and remain an uncharted mystery. According to the National Oceanic and Atmospheric Administration (NOAA), we have only explored a scant 5 percent of our oceans. There is so much we don’t know about our oceans, and how climate change is affecting the underwater world.

Aquanaut and marine conservationist Fabien Cousteau wants to change the way we explore the oceans. The grandson of famed undersea explorer Jacques-Yves Cousteau is launching Proteus, an underwater research facility created with industrial designer Yves Béhar. Proteus is a 4,000-square-foot modular lab that would sit 60 feet below the ocean’s surface off the coast of Curaçao.

Much like the international space station, Proteus would be a research facility welcoming scientists and aquanauts from every country. If built, it would be the world’s largest underwater research station and habitat. The preliminary designs of the lab look like something from the future: sleek modern pods for housing, laboratories, medical bays, and a moon pool with access to the ocean floor. The unit would be able to house up to 12 people at a time, for weeks (and potentially months) underwater. Air would be piped down from an umbilical lifeline on the surface.

Powered by renewable green energy (wind, solar, and ocean thermal energy conversion), Proteus would also feature the world’s first underwater greenhouse to grow food. There would also be a video production facility, for what will surely be the most high stakes season of The Real World. Or, you know, research and science stuff.

“We wanted it to be new and different and inspiring and futuristic,” said Béhar. “So (we looked) at everything from science fiction to modular housing to Japanese pod (hotels).”

Cousteau said of the project, “Ocean exploration is 1,000 times more important than space exploration for — selfishly — our survival, for our trajectory into the future … It’s our life support system. It is the very reason why we exist in the first place.” Cousteau is currently raising an estimated $135 million to build Proteus, which would take around three years to construct.

Proteus would be an exciting next step in underwater exploration. It would also be a nightmare factory to those of us who (rightly) fear the vast unknown of the ocean. Chalk it up to a childhood spent watching films like The Abyss, Sphere, and Deep Blue Sea, but there is nothing more terrifying to me than being trapped deep underwater.

Would this be a major advancement in scientific exploration? Surely. Should we learn more about the ocean and all that it contains? Obviously. Will Proteus be the new sound stage for my waking fears? Yes, yes, yes, all of the above.