The Decade in Animation, From: Frozen to … Frozen 2

The past is melting away.

The 2010s were a golden decade in animation that saw the art form reach both creative and commercial highs that are exemplified by the success of two movies that are sort of one movie: Frozen … and Frozen 2. And the success of those films shows how animation continues to evolve in its stories, craft, and resonance.

Going into the 2010s, animation was in a strange place. Computer animation was catching up with the artistry of hand-drawn fare, but aside from Pixar, there was little in the way of truly iconic or moving computer animation save for the rare Panda doing Kung Fu. The top animated films of 2009 were, arguably, Disney’s The Princess and the Frog and Pixar’s Up.

Though from the same corporate parent, these films couldn’t be more different in how they were made or how they played … but now, as we close out the decade, we see that the last ten years in animation have been exemplified by works that leaned into the combination of heart, technique, and innovation that both those films represent. Those movies got us to Frozen and beyond. 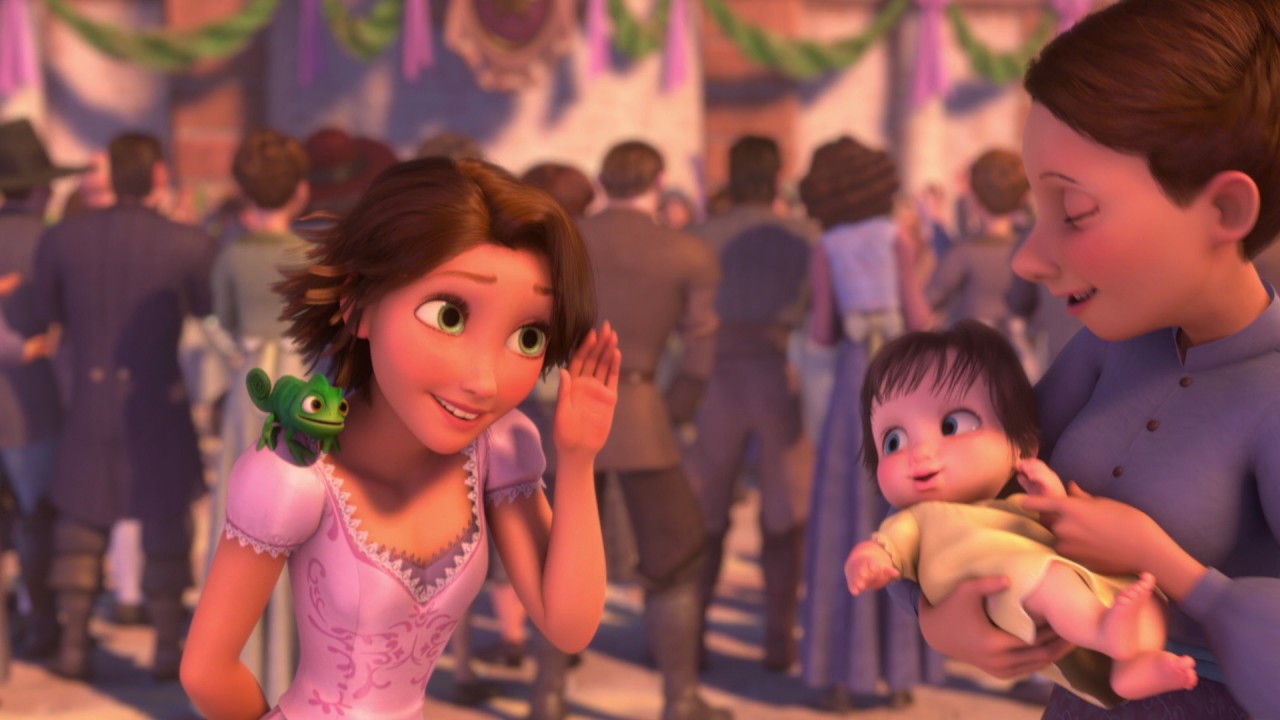 When we look at 2010 in animation, it’s kind of amazing the patterns we can already see. That year saw the blessedly final entry in the Shrek Franchise, as Dreamworks and other studios moved away from the overly ironic fare of the 2000s to something more earnest, with How to Train Your Dragon. Illumination animation came on the scene to occupy that more cynical space with Despicable Me, and Disney went back to its golden roots with Tangled.

Disney, the studio that had defined animation for so long, was stumbling, and Pixar was surging going into 2010, but the house of mouse had a plan to revitalize their brand by learning from Pixar’s success and with their first computer-animated princess. She was more modern, more fun, and more feminist than her predecessors, and the result was great. Over at Pixar in 2010, they followed up the tears of Up with the heart-wrenching Toy Story 3.

All of these new classics in one year … we might have guessed that this would be a new golden decade of animation right there. But 2011 wasn’t great, as Pixar stumbled with Cars 2, and Rango won the Best Animated Feature Oscar. Things were better in 2012, as we continued a feminist princess trend with Brave, Disney tried something fun and new with Wreck-It Ralph, and Genndy Tartakovsky had some real fun with Hotel Transylvania.

But of course, the big story of the early half of the decade was Frozen. Frozen was a mega-hit, to say the least, and that happened despite the fact that it has serious flaws as a film. The story and animation work despite their shortcomings, and the music is great except for one clunker of a song … but there was something magical about Frozen. Despite the discourse that it was too white, that secondary characters were too male, and that it was derivative, Frozen succeeded.

And that success defined the rest of the decade.

While Disney soared and other companies released sequels and attempts at other IP (see: The Lorax or How To Train Your Dragon 2), and Disney continued to experiment, Pixar … had an uncharacteristic rough few years, with Cars 3 and The Good Dinosaur (shudder). Things rebounded with Inside Out, but it was truly the new age of Disney from there on.

It’s amazing to me that we got Zootopia and Moana in the same year in 2016. They’re both incredible, and they do represent some of those lessons from Frozen. Zootopia is an incredibly socially conscious parable, and Moana is a new kind of princess for a new world. They aren’t about romance, they’re about the heroines’ journeys to save the world and themselves, and they remind us how moving animation can be.

While Disney excelled with heroines (the Princesses were the best part of Ralph Breaks the Internet), the end of the decade has saw two truly amazing heroes’ journeys with Pixar’s Coco and Sony’s Spider-Man: Into the Spiderverse.  These wildly creative, visually stunning, and powerful movies were not just some of the best animation of the decade, but some of the best movies of the decade period.

All these freshly iconic films learned from Frozen and others that animation can break the mold, and the story doesn’t just have to tell the tales we expect. Though (toy) stories about them are still really good too, especially if there’s a talking spork, so much of the great animation of this decade isn’t about white men, and that culminated as we finished the decade with the billion-dollar triumph of Frozen 2.

As someone who watches a lot of animation, I’ve loved this decade. What animators can do know is so amazing to me. The sheer detail and love in every frame of Coco or Zootopia or The Grinch or Toy Story 4 fills me with joy and wonder. Animation has always been about care and artistry used to tell stories that are magical and fantastical in ways live action can’t encompass. The non-animation side of Disney has spent the decade remaking animated classics, frequently just proving in the process that nothing can capture the imagination the way animation can, even if the story is exactly the same.

So, thanks to some icy magic, we’re in a golden age for animation, and I can’t wait to see where it goes. I hope it’s gayer. I hope it continues to become more diverse. But I know will still be beautiful, and I’ll cry no matter what.