Absolutely No One Wants Starbucks’ Howard Schultz to Run for President 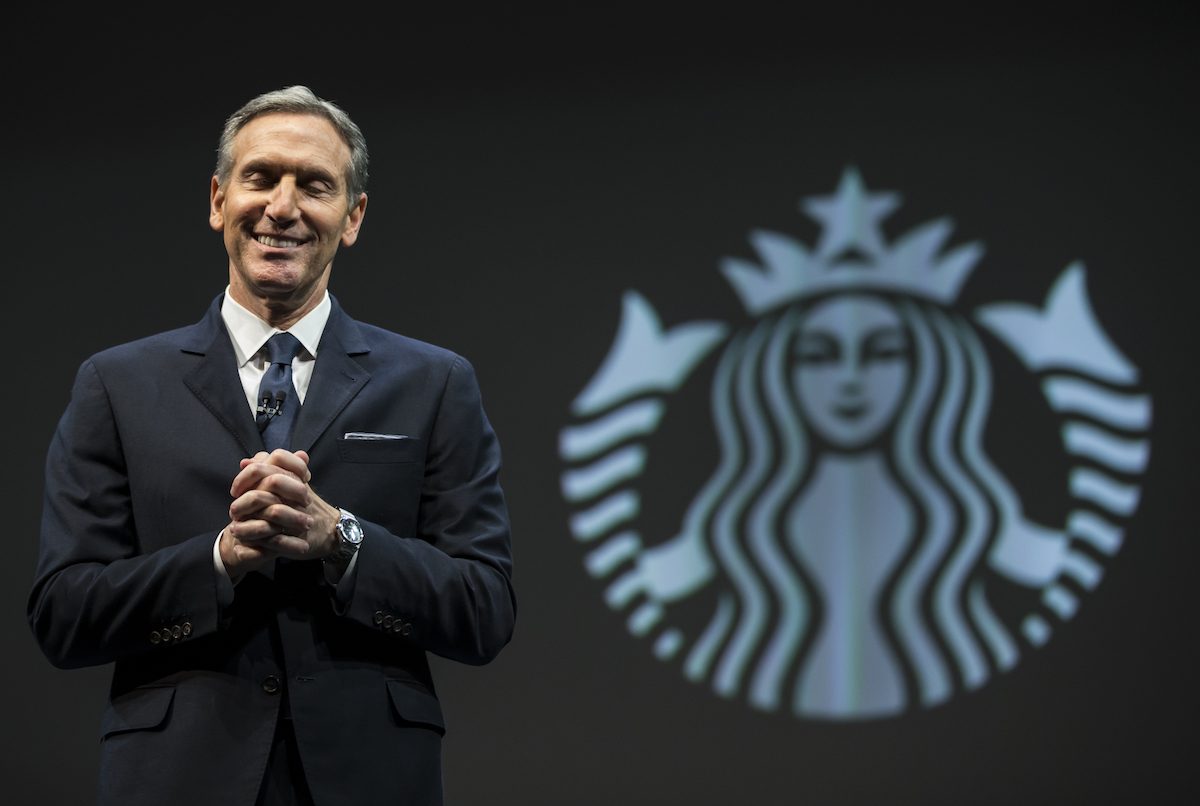 Former Starbucks CEO Howard Schultz is reportedly preparing to enter the 2020 presidential race as an Independent candidate, and pretty much everyone agrees that’s an absolutely terrible idea.

The consensus among Democrats and everyone else who doesn’t want to see Donald Trump reelected is that if Shultz entered the race, it would basically guarantee Trump a second term. Because while Schultz says he’d be an Independent, he would inevitably draw far more votes from the left than from Trump’s base.

Schultz seems to have a fundamental lack of understanding of how politics works. He appears to think that there is a substantial pool of unclaimed Independent voters who are living in a political vacuum, untouched by party politics, ready to be swooped up by any great leader. In reality, most Independents have strong leanings towards the ideologies of one party line or the other. Schultz has described himself as a “lifelong Democrat” and even if he runs as an Independent, his socially liberal, fiscally conservative approach isn’t going to draw as many potentially Republican votes as he seems to think.

In an article over at Intelligencer, Jonathan Chait writes of Schultz, “His apparently sincere belief that he can be elected president is the product of a sincere civic-minded commitment to the public good and an almost comic failure to grasp how he might accomplish this. That confusion is probably being spread by his hired staffers, whose financial incentive, conscious or otherwise, is to encourage him to embark on a costly political fiasco.”

It doesn’t help that Schultz seems unable to actually say anything worthwhile about his platform.

that is your only job as a presidential candidate, you galumphing buffoon. https://t.co/DxyUMlHOLH

Some are already planning a boycott of Starbucks if Schultz enters the race.

Vanity projects that help destroy democracy are disgusting. If he enters the race, I will start a Starbucks boycott because I’m not giving a penny that will end up in the election coffers of a guy who will help Trump win. https://t.co/epUYVrcEg8

He may not longer be chairman or CEO but he’s still a major Starbucks stockholder. If a independent Schultz presidential bid doesn’t end in a grassroots boycott of Starbucks I’ll be surprised. https://t.co/cNL29rr92J

“Boycotting Starbucks if Howard Schultz runs for president would be stupid” say people who boycotted Starbucks because their paper cups weren’t Christmasy enough.

The silver lining of all this Schultz news is that people are using it as an opportunity to share stories about Schultz. Because this billionaire, who was the CEO of Starbucks from 1986 to 2000, and again from 2008 to 2017, is possibly the cheapest man on the planet.

I love telling this story:

When Howard Shultz bought the Sonics, my friend worked there in sales. For Christmas, Shultz gave everyone a Starbucks gift card, for $3.

Back then you couldn’t buy a Sbx card for less than $5. He had those $3 cards custom made.

Howard Schultz is in the news, so here’s my only Howard Schultz story. Back when I used to work in movie marketing we did a million dollar deal to advertise one of our films in every Starbucks location. It was a big initiative for Schultz, so he flew down to LA for the meeting.

I took it back to my office, because I didn’t want to make any of my colleagues jealous. I opened it up, and inside was an assortment of loose tea bags. What the fuck? I dumped them on my desk, dumbfounded, and that’s when I saw it…

The next day I took it into Starbucks. I wondered if the barista had ever seen one in person. I imagined he might have to call his manager over, and his eyes would go wide, and they’d whisper about me in hushed tones, while the rest of the employees gathered around to gawk at it.

To celebrate a million dollar deal, Howard Schultz gave me some loose tea bags and a five dollar gift card.

I will not be voting for Howard Schultz for President, and I invite all of you to join me.