Dear Evan Hansen Is Somehow Even Worse as a Film 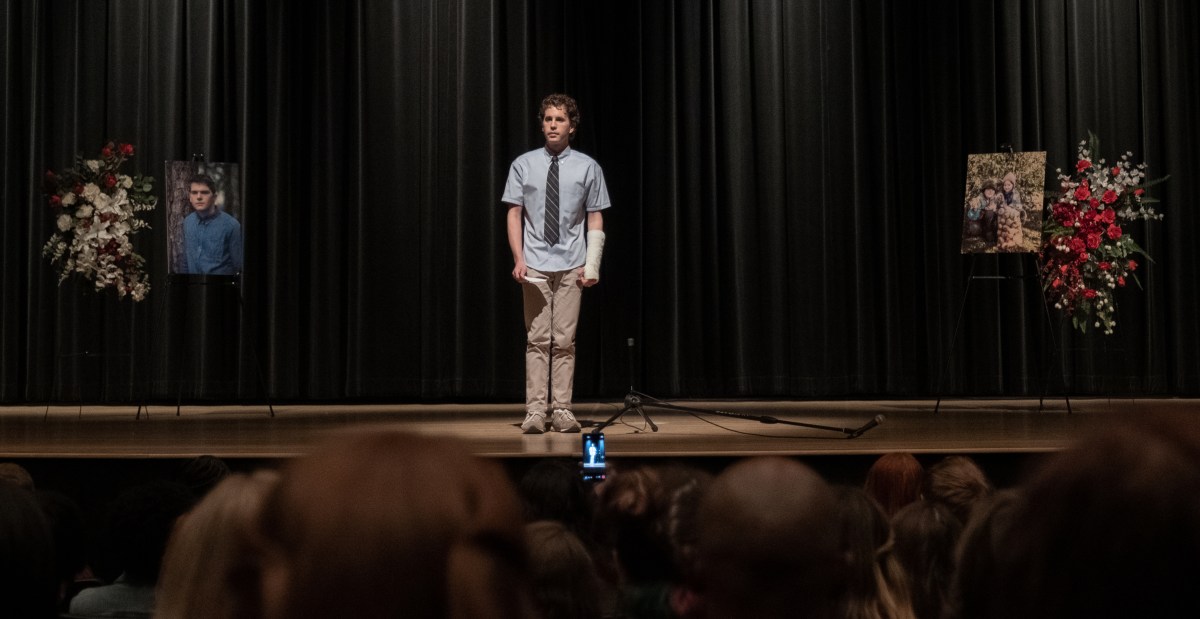 I was not a fan of the musical Dear Evan Hansen just from simply reading the synopsis and hearing what my friends thought of the stage musical. I hadn’t seen it on Broadway, but I knew the story and I knew that it was just going to make me angry. I’m happy to report that the movie version of the Benj Pasek and Justin Paul show is just as infuriating as I thought it would be.

Dear Evan Hansen follows the story of Evan Hansen (played by a very much 27-going-on-28-year-old Ben Platt) as he tries to better himself through therapy and opening up in his senior year of high school. Writing letters to himself to start his day off right, one of those letters proves to be a thorn in Evan’s side when it ends up in the wrong hands.

The show and subsequent movie is supposed to be a beacon for those who feel like outcasts. I guess that’s true in some way, and as someone who felt like an outcast growing up, I would have been furious had a white boy at my school decided to do this and lie to everyone. The plot is simple: Connor Murphy (Colton Ryan) is a troubled kid who is the school “bully,” but when he commits suicide while in possession of one of Evan’s letters to himself, the Murphy family assumes that the letter is Connor’s suicide note, and that his best friend was Evan, since the letter is addressed to him—and Evan lies to turn the situation to his advantage.

I’ll give Evan this: Connor’s mother, Cynthia (Amy Adams), is aggressive in her approach towards Evan due to her grief. So, Evan’s first instinct to go along with the misconception while a grieving mother is forcing a narrative on him is understandable. What isn’t understandable is Evan then turning around and just making stuff up so that he can continue the lie and get closer to Connor’s sister, Zoe (Kaitlyn Deaver).

That’s what I think is the MOST horrid part of this story. Like yes, I understand that Evan is suffering, and I understand that this situation would be hard for anyone to be thrust into. Cynthia Murphy is grieving, and this teenager got caught in the middle of it all. That being said, Evan quickly turned from someone who could be sympathetic into a man who only cares about manipulating his crush. On top of that, he’s lowkey sexist towards his mother?!

During the crux of Evan’s problems with his mother Heidi (Julianne Moore) and the reveal that he was lying to the Murphys all along, Evan sings the song “Words Fail.” The lyric that truly sends me into a fit of rage is when Evan sings that, unlike Connor, he had “No mom who just was there ’cause mom was all that she had to be,” since his mother is a busy, working single mom.

Yeah, that bit starts out as a complaint about his dad not being there but takes a weird turn into crapping on not just his working mom but the concept of mothers working in general. The show is just Evan constantly putting his problems and his worries and his mental health issues at the forefront and disregarding anyone else around him. He doesn’t recognize his mother is struggling, he lies to a grieving family, and he manipulates Connor’s sister into liking him under false pretense. Evan Hansen is a villain.

The moment where I confirmed this thinking was when Alana Beck (Amandla Stenberg) is telling Evan that they need more money to make the Connor Project (where they’re building an orchard off of Evan’s lie) work. When Alana starts to question Evan about this, he “proves” that he was friends with Connor by showing her the “suicide note,” FURTHERING THE LIE AND MAKING IT SO MUCH WORSE.

Evan gets cocky, thinking he’s living this lie and living it well, and it comes back to hurt not only him but literally everyone involved and around him. He doesn’t care about that pain until they force him to admit the truth after the entire community he lives in turns on the Murphys, and he’s forced to tell them what he did. He doesn’t even have the courtesy to tell his girlfriend, Zoe, the truth first. He just stands in the Murphys’ dining room, where Cynthia fed him like he was family, and tell them that he did it because his dad sucks and his mom has to work.

I found myself sitting in the theater and wondering, if a woman did this or a person of color was Evan, would they have gotten the grace that Evan gets at the end? Would they be forgiven? Probably not. Granted, the Evan Hansen currently on Broadway is Jordan Fisher, and I do want to see this show, against my better judgment, for him because I love him and think he’s talented. I want to see how the show navigates the grace afforded to white boys versus literally anyone else.

I will say the reason that this movie gets even 2 stars is because of Zoe Murphy and Alana Beck. These two women are struggling themselves (Alana has an entire song about her mental health and that she’s silently struggling), and they are still there for Evan, who they think is being honest, and they’re the ones who get hurt from this. I think that Cynthia put way too much on a teenager, and Heidi wasn’t the best at making sure her son wasn’t lying to an entire town (especially after he became a viral YouTube sensation).

But Zoe? All she wanted was to feel separate from her brother, who made her entire life a personal living hell. “Requiem” is probably my favorite song in the entire show/movie because Zoe is forced into emotions that she doesn’t have, and Evan continues that pain through his own lies by forcing a narrative on her relationship with Connor that doesn’t exist.

Zoe is left with a shell of a grieving process while also having to deal with being lied to by someone she thought she loved. And Alana wants to do a good thing for people struggling. She wants to be there for Evan and Connor and those who need help, and she’s roped into Evan’s lie without him even caring that he hurt his “friend.”

The entire show is about a teenager who doesn’t care about who he hurts trying to make his life better. A family is grieving, a mother is struggling, friends are hurt, but Evan continues to lie and lie, and we’re supposed to have sympathy for him? Frankly, I don’t. And maybe if this movie ended with Evan working to make amends or working to understand what he did was wrong, I’d be more okay with it. But he just meets with Zoe, tells her he’s taking a year off of school, and seems fine.

This movie did nothing to help me understand why this show is hopeful or something that uplifts anyone. Evan Hansen weaponizes his mental health to hurt an entire family, lie about their dead son, and convinces the world that his lie is real. And the only reason he admits he did it is because he got caught.

In fact, the movie cut the song where Evan is confronted by the people in his life on his lies. “Good For You” starts with Heidi Hansen yelling at her son for basically having a secret life and not telling her. Then, it goes to Alana confronting Evan about the inconsistencies in his story with Connor, and then finally, Jared confronts Evan about their friendship and how Evan is too busy lying to realize that they are friends. All three of them throw it in Evan’s face that he’s not being a great person right now, and for a brief moment, it felt like someone was actually calling out Evan—especially since Jared knew what Evan was doing.

The movie cuts that song though and leaves us with Evan telling the Murphys about what he did and his mother soothing him with “So Big/So Small,” instead of Evan really getting confronted in the way that he should have been. So somehow, the movie makes this already suspect show that much worse because they cut the only songs that call Evan out.

But hey, “Sincerely Me” and “Requiem” are good!

If you want to see Dear Evan Hansen, go ahead. I’m not here to judge people and the musicals that they love. I am American Psycho the Musical‘s biggest fan. But this is not a show that I enjoy or that I’ll recommend to people to watch.