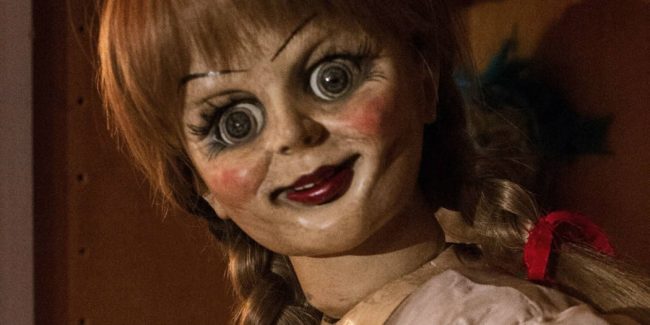 Viral marketing, when done right, can be extremely cool. In fact, I sometimes think I like the advertising at Austin’s SXSW festival (famous for its viral campaigns) better than the actual films I go to see.

Eyes are everywhere — they'll know they can trust you when you say, "There must be an us now because there’s a them." #HandmaidsTale #sxsw pic.twitter.com/xPZauZJKSI

Or the Tinder bot, “Ava,” that eventually led prospective dates to the Instagram page for Ex Machina. 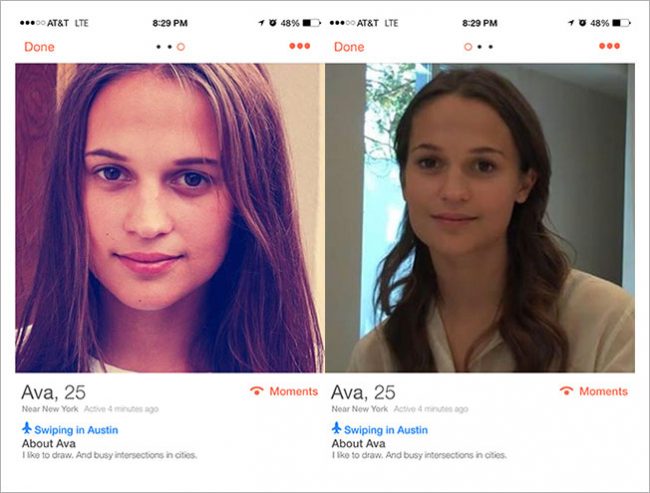 But sometimes when companies invest in viral marketing, well, sometimes you end up with haunted dolls scattered through New York, and then I never leave my home again. And thus the people behind the upcoming Annabelle: Creation are to be fully blamed for my upcoming self-imposed isolation.

So when I read that Annabelle was hiding 13 hidden spooky dolls throughout the Times Square Ripley’s Believe It or Not, I was amazed that someone had clearly gone into my actual nightmares and harvested them for advertising purposes.

But that’s fine. I could avoid a contained location. Dolls, you stay inside Ripley’s, and I’ll stay anywhere else on earth. To which the dolls replied:

Annabelle has escaped and is heading towards Times Square! Where will she end up? #Annabelle #AnnabelleCreation #AnnaBelieveItorNot pic.twitter.com/KTpUi0414j

ARE YOU KIDDING ME? If I walked into a subway car and saw a haunted doll in front of me, I fully believe my soul would leave my body, and fly away from this planet forever. Do you remember that billboard for FX’s The Strain that people hated so much a few years ago? The one with a giant worm slithering into a giant eyeball? This is like that, but if the eyeball were fully tangibly manifested, and could be anywhere at any time.

And I do mean anywhere! Because now with this “Annabelle’s Presence” feature, you can edit creepy dolls into your own life.

PEOPLE! NO! As Charline said in our staff slack rant about how no one wants this to exist, THIS IS HOW YOU GET HAUNTED. Next up in Annabelle: Creation’s viral marketing campaign: Placing dolls in your home while you sleep! Entering your nightmares and possessing your soul with Annabelle’s angry demon spirit! Never sleeping again! #Marketing #brands #nightmares!

If you never hear from me again (pause for internet misogynists rejoicing), please know it’s just because I angered this movie’s PR team and have been possessed by a haunted doll, and am now living out my days in the Ripley’s basement.