Deadpool Is Having the Best Fight With Infinity War‘s Directors 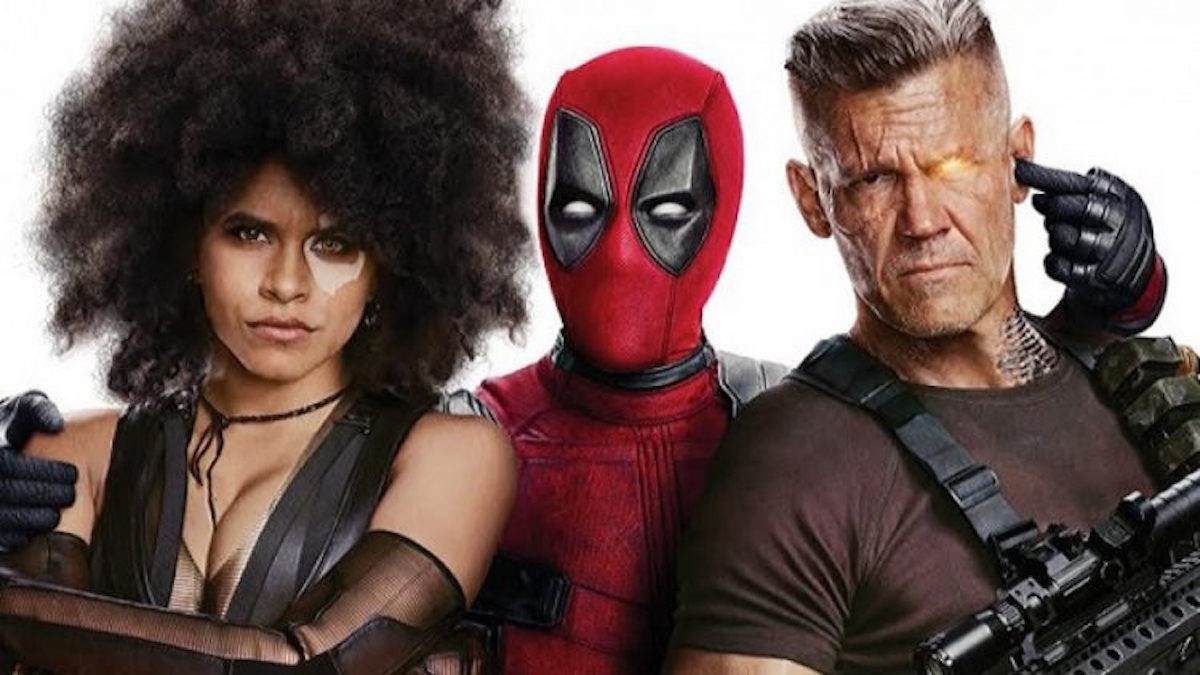 Deadpool—and his better half, Ryan Reynolds—have been trolling Avengers: Infinity War, but the Russo brothers are striking back.

With Deadpool 2 hitting movie theaters on May 18th, the publicity machine has ramped up. This being Deadpool we’re talking about, it’s … a somewhat unorthodox approach. They took potshots in a trailer at Marvel Studios’ mega-hit (saying to new villain Cable—also played by Infinity War‘s Josh Brolin—”Pump the hate brakes, Thanos”).

Then Ryan Reynolds tweeted out a heartfelt letter from his character to the audience:

To the greatest fans in the whole universe.

We have embarked on the “Deadpool 2: This is King of Your Guys’ Fault” World Tour. Almost everyone involved in the film has given Maximum Effort the past two years, maintaining the highest level of super secrets, like how David Blaine catches bullets in his mouth. And the secret blend of 11 herbs and spices in Colonel Sanders’ delicious mustache.

Only a handful of people know the film’s true plot. One of the is not Ryan Reynolds. We’re asking that when you see Deadpool 2, you don’t say a f***ing word about the fun $#!+ in the movie. Cause it’d be super lame to spoil the fact that Deadpool dies in this one. Kidding. Not kidding. Kidding?

This was a tongue-in-cheek play on the letter that Marvel and the Russo brothers put out pleading with fans, pre-Infinity War, not to spoil the movie’s secrets for others and asserting that #ThanosDemandsYourSilence.

Here was the initial, rather more earnest letter from the Russos: 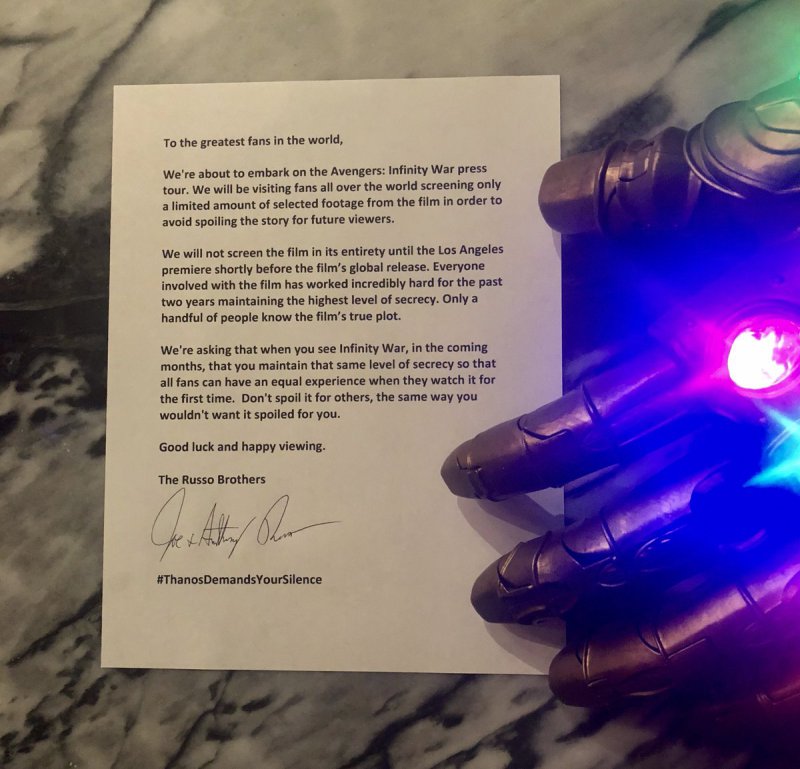 Instead of the Infinity Gauntlet, Deadpool’s letter features his own gloved hand, a baby’s, a cat’s (or is that a raccoon?) and dog’s, just for good measure. This was well-played.

The Russo brothers responded to said provocation with the most powerful force in the galaxy: an expertly executed flipping off, bolstered by all of the Infinity Stones.

Reynolds took his chastisement well, but for how long?

This is all in good fun, but you really have to give Deadpool 2‘s social media and marketing teams credit for expertly positioning their guy on the Infinity War troll train. There’s no better way to get attention in Infinity War‘s wake, while at the same time making clear that Deadpool 2 will be a totally different animal and probably won’t leave you stunned and an empty shell of a person as the credits roll. Or will it?

Maybe if they’d just let Wade join the Avengers, none of this would’ve happened.

From a guy who never knows when to quit, I’m glad you guys never did. Congrats #Avengers. pic.twitter.com/voJshTKx5E