Review: Deadpool Is True to the Comic, so Apparently, I Don’t Like Deadpool 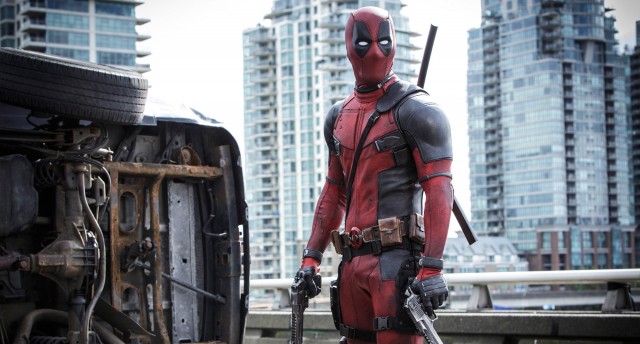 I have never been so happy to have a comic book literate buddy to watch a movie with as I was watching Deadpool. I’m not familiar with Deadpool the character (I know he’s connected to X-Men and considered an anti-hero, but that is about it). So, he gave me a lot of knowledge about the character that most people will need going into Deadpool. I got a nice primer on all the pop culture references, frat-boy humor, and lots of Zak Morris-style breaking of the fourth wall.

However, he was also the source of some (a lot) of annoyance for me, because he was laughing a lot at stuff I didn’t find funny, and when you’re sitting in a movie, actively hating something you know other people really like (in my case, of my friend sitting right next to me), it can make the experience even worse—because I honestly hated this movie. It was literally a nightmare experience to sit through. However, despite my strong dislike of this movie, I know that alone doesn’t necessarily make it a terrible movie. (Rebecca Pahle certainly didn’t think so.)

At this point in the superhero movie genre, altering the blueprints significantly and taking risks isn’t just good, rather, it’s necessary if Hollywood wants to keep making movies like this. Taking risks with characters who wouldn’t even get a movie without those more dependable, standard superhero films is great. After all, without Captain America: The Winter Soldier coming out, we wouldn’t have seen Guardians of the Galaxy; without Avengers, we wouldn’t have Ant-Man. This year alone, we know that without Batman v Superman, we wouldn’t see Suicide Squad, Captain America: Civil War leads to Doctor Strange, and Deadpool made it to the screen because X-Men happens to still be a dependable franchise for Fox. So, using these box-office-insured franchises to take risks is great. It provides more specialized, targeted films for a variety of audiences, but that also means that not all these movies will be for everyone, and truth is that Deadpool wasn’t for me.

If you’re like me, the plot for Deadpool is an unknown, which makes the slightly typical origin story more interesting than if he were more well known. We have that classic “charming jerk” type (I think we’re supposed to find him charming, but I really didn’t), this time in the form of Wade Wilson (Ryan Reynolds), a kind of Equalizer criminal-for-hire who’s former special forces. He meets a woman named Vanessa (Morena Baccarin, who I truly loved in Firefly) who he immediately falls in love with and has lots of sex. A year later, Wade has been diagnosed with inoperable cancer, which leads him to a black-market mutant doctor who will experiment on him to find the cure (Ed Skrein) assisted by a very strong fellow mutant (Gina Carano). The experiments turn him into Deadpool, whose entire body is now cancer-ridden and appears scarred but also makes him immortal, and now it’s time to get his love back and take revenge.

This is really just a revenge film within the superhero genre, which makes it feel somewhat original as a superhero movie, but also a little underdeveloped. We’re used to the science-project-gone-bad origin story, and part of me would rather just see what Deadpool is really like on the streets, rather than so much about his life beforehand. In a way, this feels more like a character that would be improved if given the Netflix treatment, because the vigilante-for-hire is a very classic TV premise. The movie still has the formulaic feeling, and while the most anti-superhero movie I can remember, it still isn’t as subversive as I think everyone involved truly believes it is. Morena Baccarin and Gina Carano feel like really good casting for this movie, but both their characters are one note and seem only in service of the men they align with. It’s surprising that Reynolds would do a movie like Deadpool (or a studio would let him) considering his face is literally covered, and he’s almost doing a voice-over performance as Deadpool (Reynolds isn’t as physically distinct as some actors, so I honestly have no idea how much of Deadpool is played by him).

Two characters I did enjoy were the X-Men B-Team of Brianna Hildebrand’s Negasonic Teenage Warhead and stop-motion animated Colossus as Deadpool’s sidekicks. While Colossus’ face was a little weird (although, I’m told, pretty close to comic character), he still looks way better than the character in the X-Men films, and they’re funny and deadpan enough to provide some actual humor to the film, along with real personalities. The Deadpool team also makes a good choice by keeping everything rather low-key in this movie. The stunts aren’t as massive as most superhero films, although one big set piece sequence that’s more dependent on CG doesn’t look that great, and the movie doesn’t seem to be forced into being part of a larger universe. Even if they get a “Deadpool 2,” it’s unlikely we’ll see him in the X-Men films, and considering how much crossover and universe building we’re seeing lately, I’m all for having a few stand-alone movies.

I’m not saying this is a bad movie or, “Don’t see this movie.” I’m sure a lot of people are going to love Deadpool; all the fans of the character seemed totally be into it at the screening. However, I still hated this movie. Besides the things I mentioned above, it had two things I just don’t like. I hate “Family Guy” humor, AKA pop-culture references as jokes, which are really just familiar to the audience but lack a punchline. I don’t think I’ve ever made it through a Family Guy episode, because the show literally has the ability to make me mad, and Deadpool made me feel the same way; it just happened to be even worse for me, because it was even longer. The other thing I almost never like is when violence is meant to be the joke. I like a lot of violent movies and a lot of comedies that happen to be violent, but I don’t think I ever really laugh at violence, so a movie like this, which does present violence as humorous (constantly), bothers me and makes it hard to sit through with an audience that’s laughing.

Watching a movie you hate (and I stand by that word in this case) can be literally exhausting. Time seems to move slower, and you get physically anxious while sitting through it, but there was another feeling I got watching Deadpool that was more upsetting: The cynicism is so blatant and unpleasant, but seemingly pointed at nothing, that I found it draining to watch. Even if it does well enough to earn a sequel, Deadpool might not be a character I’m willing to put any more time into. He isn’t bad enough to merit interest; he just isn’t good enough to deserve any more of my time.