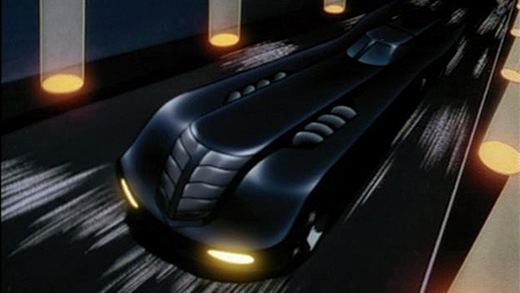 We can’t imagine that Batman has this problem personally, but Warner Bros. is cracking down on a business calling itself “Gotham Garage,” because their manufacture and sale of replicas of the “high-tech extraordinary automobile identified as the BATMOBILE vehicle” may confuse people into thinking that Gotham Garage has actually been authorized to construct these replicas for DC.

Frankly, I was willing to call this one in the WB’s favor, since Gotham Garage is making a profit off of their IP, the Batmobile, and probably owes somebody a little something even though DC is responsible for the current Batmobile being a spaceship resembling a stupid metal tadpole. Copyright law is pretty cool with people making replicas/fanfiction/mashups of other people’s work as long as you don’t sell it. But then I actually looked at Gotham Garage’s website.

Well, actually my first thought after seing their site was “I guess in addition to Batmobiles they also make time machines — Oooooh, BURN! Just like those fire .gifs — heyOOO-”

Insofar as it is possible to read anything on their front page, there is a disclaimer at the bottom that says they are not affiliated with DC Comics or Warner Bros. Of course, this disclaimer may have been put up after the suit was served, and the WB isn’t just looking for an apology: they want “a permanent injunction, the destruction of infringing goods, and statutory damages of no less than $750,000 per infringement.” Heavy stuff.

So be forewarned. You want your own Batmobile? Build it. Or win it fair and square in a contest, just like Drew Carey.