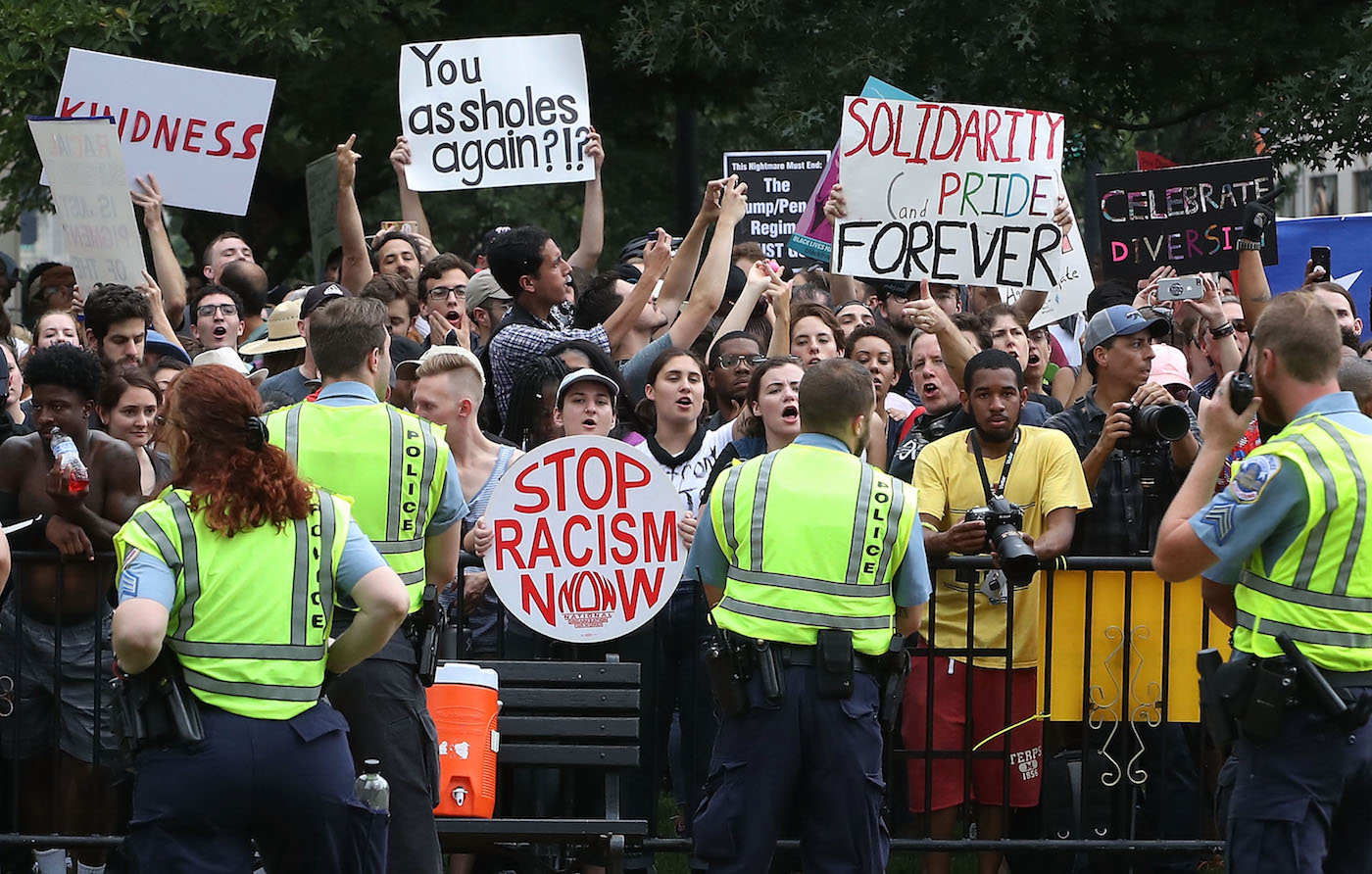 Leading up to a planned white supremacist rally this weekend, Washington D.C. had to figure out how to prepare the city for what was expected to be a large, potentially violent gathering. The board chair of the Metro floated one particularly bad idea, suggesting the public transit service set aside a dedicated train for white supremacists.

The backlash was immediate. The Metro union workers—80% of whom are people of color—threatened a boycott. The Metro issued a statement saying they wouldn’t be following through with the idea. “To be absolutely clear,” it read, “Metro is not preparing a ‘special train’ for the private use of any group.”

And then they went and did it anyway.

A gate at the Vienna station was closed to the general public, and one entire car, complete with a police escort, was reserved just for rally organizer Jason Kessler, other neo-Nazis, and the press. A Metro rep told HuffPost that this was not their decision, but “a law enforcement matter.” The Metro’s union says the WMATA lied to the public.

Giving white supremicists & hate groups a private Metro railcar is so unbelievably wrong & disgraceful. Beyond the horrible precedent it sets, what does it tell the riding public & operators? Plus, it’s the exact opposite of what @WMATA said they’d do. https://t.co/GSw6lIXjfH

Making all of this even worse is the fact that the large crowd that was expected on the one-year anniversary of the Unite the Right rally in Charlottesville failed to show up. No more than a couple dozen white supremacists attended the rally, compared with several hundred counter-protestors who came out.

Here’s a shot from afar of Kessler’s small group of neo-Nazis boarding trains in Virginia a bit ago. Note that this includes the press. (Pic from a member of the @OnePeoplesProj) pic.twitter.com/fRHQcC0X8B

Leading up to the event, prominent neo-Nazis explained why they wouldn’t be attending. Basically, they were scared—not just scared of violence, but over the past year, attendees of the original Unite the Right rally have been sued, have been fired from their jobs, and have lost platforms like Twitter and YouTube accounts. These people are learning that it is not safe to wear your racism publicly.

“Antifa is a gift to Fascists”

“reach across the aisle and kill them with kindness” https://t.co/FmZa2NEzk9

So that makes it especially infuriating that the D.C. Metro went to such great lengths to make sure they did feel safe. If every city refused to use taxpayer-funded resources on protecting groups gathering for the sole purpose of spewing hate and bigotry, they definitely wouldn’t feel so welcome. Rather than designate a train for the benefit of racists, why not insist they supply their own protection services? Why extend to them these special accommodations that definitely aren’t shown to all other groups?

If a Black Lives Matter marcher murdered an innocent bystander, do you think they would get this type of red carpet treatment from the cops?