The CW Greenlights a Smallville Replacement… About Raven?

With the totally definite termination of its long running hit-with-dubious-relationship-to-actual-DC-Canon Smallvile at the end of this season, the CW has been looking around for some other teen superhero programming to fill the void.

Batman, the original protagonist of the show that eventually became Smallville; and Robin, the protagonist of 2008’s almost greenlit The Graysons, are both out; due to legitimate worries of running a Batman themed teen drama while Christopher Nolan‘s much darker Batman films were being released.  Wonder Woman’s getting her own show somewhere else down the line, and canon-disregarding Birds of Prey was abandoned after one season, so who is left? 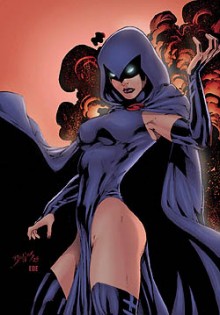 Yes, Raven, a character created to appear in the first incarnation of the Teen Titans, who has, as far as we can tell from Wikipedia, never starred in her own book.

Don’t get us wrong, we think she’s pretty cool and she’s got a great character history woven through some of the most memorable DC events since the 80’s, but she seems like a pretty obscure choice at first glance.

But at second glance, the CW wants a new teen drama, right?  The other Justice Leaguers weren’t really doing superhero stuff in their teens… Teens, though.  Doesn’t DC have some kind of teen Justice League?  They made a cartoon about it, right?  Hey, one of them’s half demon!  Teenage girls like that kind of thing these days, don’t they?  It’ll be like if Bella and Edward had a baby and that baby was Buffy the Vampire Slayer.

All that we know about the CW’s Raven is that she will go by the name Rachel Roth, which may indicate that the show will be based on the current version of the character, a teenage high school student in whom the spirit of Raven was incarnated so that she could fulfill a doomsday prophecy by marrying the leader of a cult that worshiped the demonic father of the original Raven.

See what we mean?  Magic, demons, cults, high school.  We’re interested.  Go forth and don’t screw it up, The CW.