Jess Chambers will be the first genderfluid Flash. 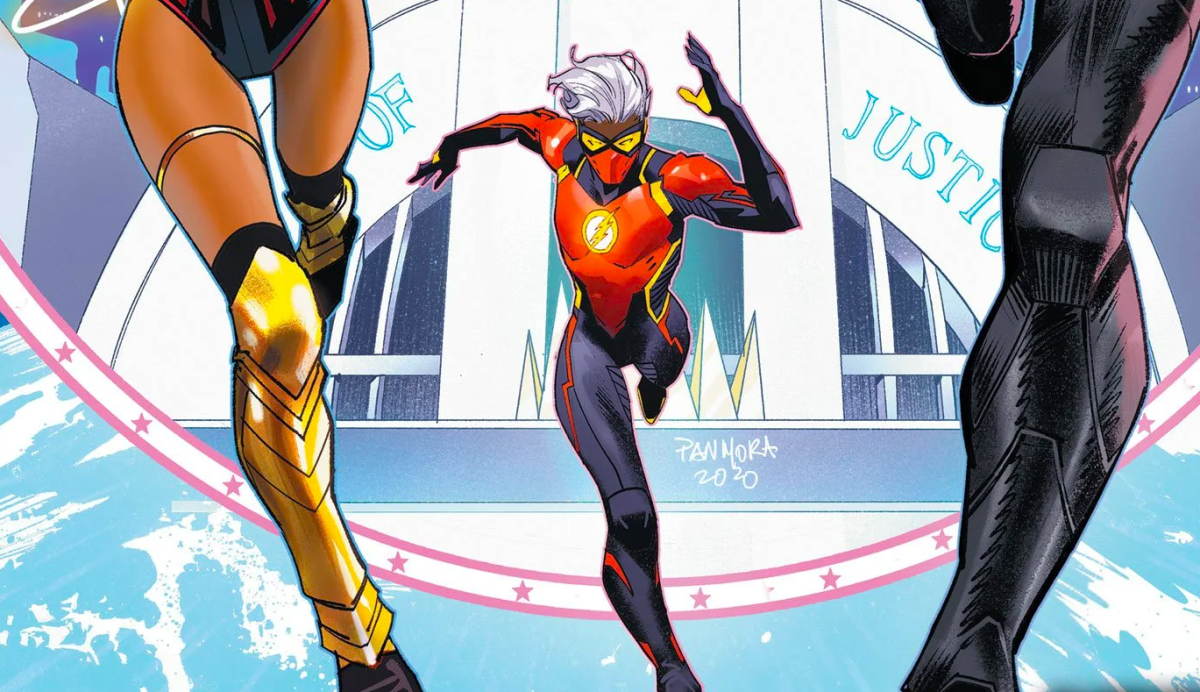 Teen Justice is getting a groundbreaking new member with a familiar look: Jess Chambers, aka Kid Quick, will be the first non-binary Flash. DC Comics will unveil their latest Teen Justice team in DC’s Very Merry Multiverse, which is written by Ivan Cohen (Wonder Woman: Agent of Peace) with artwork by Eleonora Carlini (Buffy Hellmouth). The issue follow the adventures of the Teen Justice team from Earth-11 and showcase new spins on classic characters.

Jess Quick (aka Kid Quick!) is a non-binary speedster from Earth-11 being introduced in Future State’s Justice League.

We finally know the identity of this speedster, and that their aunt is Jesse Quick!! Can’t wait to see more of them in action. pic.twitter.com/LzKBCAodTk

The story will feature reimagined characters like Robin and Aquagirl, but all eyes are on Jess Chambers, the genderfluid speedster set to become the Flash in the upcoming Future State: Justice League series. Jess’s aunt is former Teen Titan Jesse Quick, the daughter of Golden Age heroes Johnny Quick and Liberty Belle. Cohen discussed the character in an interview with ScreenRant, where he said:

I think that’s why we’re here. The Flash character fans have seen teased as part of Future State is, in fact, a grown-up Kid Quick, who’s an analog for the idea of Kid Flash in a world where Jesse Quick is the definitive speedster. A Titans-type team always has a super-fast member, but there are so many Flash characters in the DC Multiverse, we knew anyone we added to that category had to be really different from the rest: not just Wally West with curves.

I suggested that Kid Quick could be Earth-11’s first genderfluid character, and once editors saw Eleonora Carlini’s terrific take on the character design, there was suddenly a lot of interest in them for stories beyond the Merry Multiverse Special in December. And while Kid Quick’s the only Teen Justice character making their way into Future State that I know of, the reaction Kid Quick and the whole team’s debut story by me and Eleonora has gotten from DC Editorial (led by our editor, Michael McCalister, who put me and Eleonora together and made sure other people saw the story and the designs) gives me hope that the whole team could play a larger part in the DC Multiverse’s present and future.

Kid Quick is a welcome alternative to DC’s typical cis, white heroes, and will easily be the highest-profile non-binary superhero in the DC universe. The Future State looks bright, and very very fast.