“It’s Lovely to be Around Billie Again:” David Tennant On Returning for Doctor Who 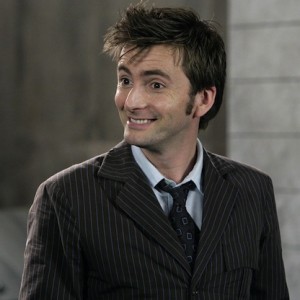 It is strange being back in the same suit, but it also feels very familiar and comfortable. There’s nothing quite like Doctor Who. It has a wonderful excitement about it. I always had happy times there… It’s lovely to be around Billie again, even though I see her all the time anyway. — David Tennant, on returning to his pinstriped suit and sneakers to portray the 10th Doctor (well, or some variation of) for Doctor Who’s 50th anniversary special.

Drink up this semi-update from the Doctor Who set, because this is one production that isn’t likely to be sharing many secrets.

(via Doctor Who on Tumblr.)