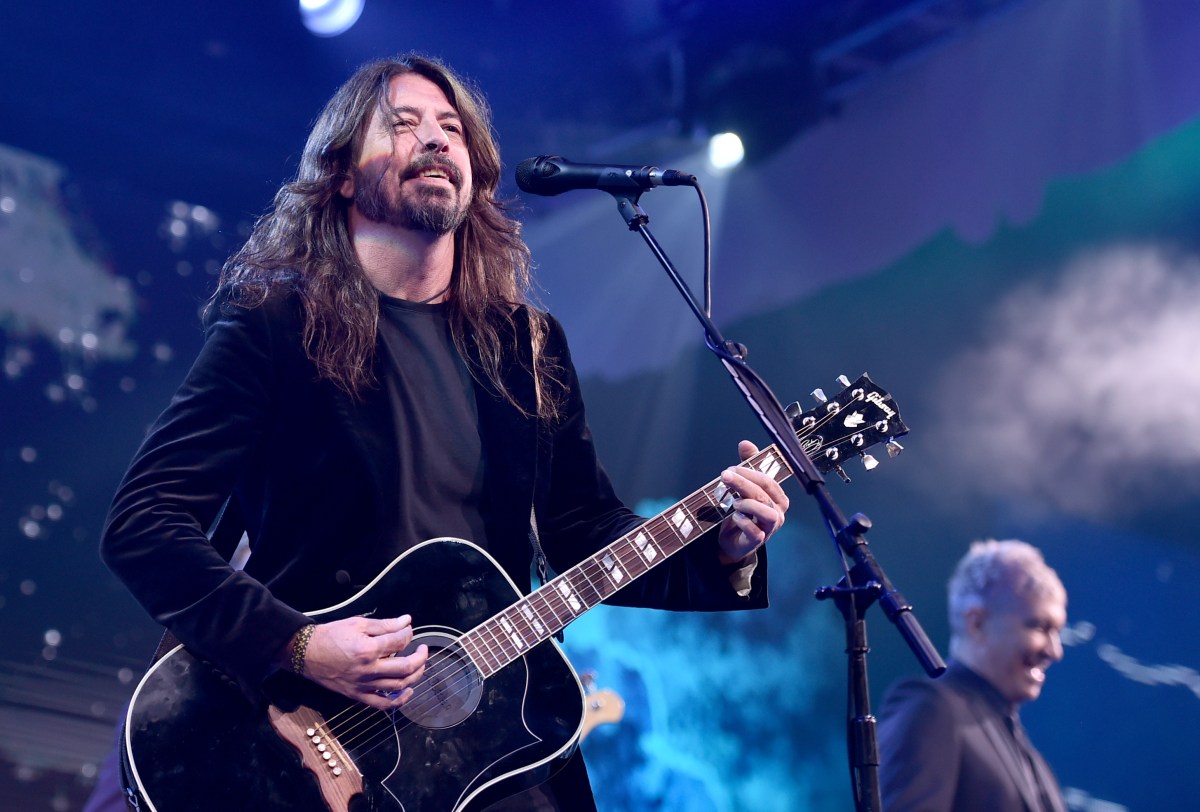 Dave Grohl rules. Those are just the facts. And now, the former Nirvana drummer and Foo Fighters founder made sure a young superhero drummer by the name of Nandi Bushell got her very own theme song. Bushell, who went viral for her drum covers of popular songs, challenged Dave Grohl to a drum-off last month, and Grohl has now answered in kind.

Telling Bushell she won that first round, he promised her that he had something special for round 2, and boy did he deliver!

Ok @Nandi_Bushell….Round 2! Every superhero needs a theme song. Here’s one for you! Mad props to The Grohlettes for the background vocals. pic.twitter.com/js9xBasbpw

This is all incredibly sweet and just the sort of news we need to distract from, well, the news. Dave Grohl didn’t have to do this, but he did, and getting to see how the world is embracing Nandi Bushell and her talent is wonderful.

One of the reasons that the gifted Bushell is so wonderful to watch is because she so clearly loves music. When she was on The Ellen DeGeneres Show, she was gifted a bass guitar because she wanted one for Christmas to learn:

And while I don’t know how Grohl came to join the call, I do think part of it has to do with the fact that he knows personally how important it is to inspire kids to follow their musical inclinations. In an interview with Stephen Colbert for his mother’s book, Grohl told the story of how he went on tour when he was 17, and how his mother was completely supportive because she understood that music was his journey.

This entire interaction between Dave Grohl and Nandi Bushell is heart-warming, but it also reminds me how vital it is to let kids find their own path when it comes to things like this. I think about my own parents and how each of their kids are both similar and different, and how our parents let us try things that interested us. They let us discover what worked for us and what we enjoyed growing up. Without that kind of freedom, who knows where any of us would be. It’s clear that Bushell has a ton of support behind her, and I wish it could be this way for everyone.

I am so happy for Nandi Bushell and her superhero theme, and seeing rock stars like Grohl step up and inspire the next generation of musicians to keep growing and learning is awesome. More often than not, the arts and music programs are the first to get taken away from kids by budget cuts. Things like this should be a reminder of how important they are, and the heights to which they can take you.

Need some more joy in your life? Here’s Nandi Bushell reacting to the song Grohl wrote about her!

I cant believe Mr. Grohl wrote a song about me!?! This is so so so #EPIC!! I think its the best song EVER, in the WORLD, EVER!!! Thank you so much Dave. You have raised the stakes to all instruments! I accept your next challenge! Thank you to the whole Grohl family! @foofighters pic.twitter.com/rWgTBwEtyb

I’m grateful that superstars like Dave Grohl can take time to bring this kind of excitement and generosity, and to Nandi Bushell for her talent and inspiring him to do so. Especially right now in 2020. So let’s hope that someday, Nandi Bushell and Dave Grohl get to record a song together. Now that’d be a great ending to this saga.