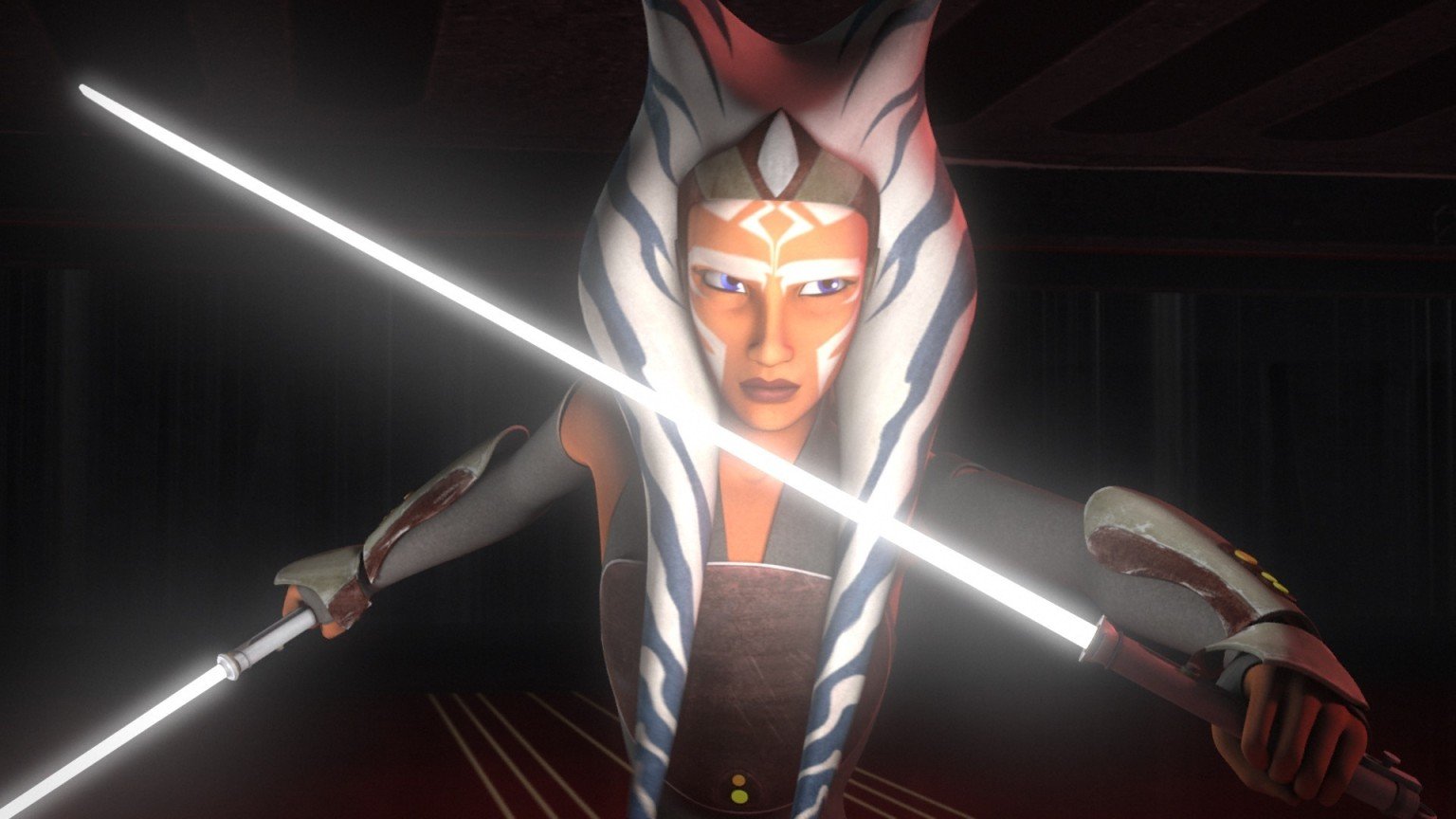 Yesterday was the first anniversary of Star Wars Rebels coming to a close with the episode “Family Reunion … and Farewell.” The emotional final episode left audiences on a bit of a cliffhanger, with many clamoring for a followup series centered on the characters of Sabine Wren and Ahsoka Tano finding missing Jedi and friend Ezra Bridger.

As fans shared art and celebrated the series using the hashtag #RebelsRemembered, series creator Dave Filoni took to Twitter to remind us all of that cliffhanger.

“Thank you all for sharing your memories of Star Wars Rebels. It was a wonderful show to make, and the entire crew is humbled by your outpouring of love and support with #RebelsRemembered. I tried to think of something to sketch for all of you today, but I couldn’t come up with something from the past, so I drew a possible future instead. It’s always good to check in on old friends, don’t you think? No, this is not a new show, just a drawing I did today for you, the greatest fans there are. Thank you.”

Well, mark me down as upset that it’s not an actual new show. Ezra’s not going to find himself, is he?

The art features Sabine and Ahsoka on an unknown snow planet. There’s no sign of Ezra yet, but I like to think this is sometime in the middle of their journey. They face difficulties, and then they find their way to their missing friend and bring him home, hopefully finding some way to defeat Thrawn in the process. Or maybe they have to team up with Thrawn, if there’s some shenanigans afoot wherever they find Ezra.

Filoni makes it clear that we’re not getting a new show yet, and that makes sense. He’s busy wrapping up the eighth season of The Clone Wars, which will take precedence over any other followups for the time being. Still, we can dream of a surprise followup announcement at Star Wars Celebration in Chicago, or at least a five-year anniversary panel to remember the show. Rebels was an underrated part of the Star Wars canon that deserves more love; to see it so embraced by the fandom, even if for a day, is excellent.

Maybe Filoni’s art is a tease about a Sabine and Ahsoka book that will be announced soon? I’m so desperate to get more Rebels content that I’m reduced to clickbait-esque speculation, but I hope we get some more info about what they, and the rest of the Rebels crew, have been up to. We’ll get a third prequel novel about Thrawn this summer, but I hope we get more as time passes. I’m not quite ready to let go of these characters just yet.