In Pandemic Horror Dashcam, Its Polarizing Protagonist Is The Real Threat 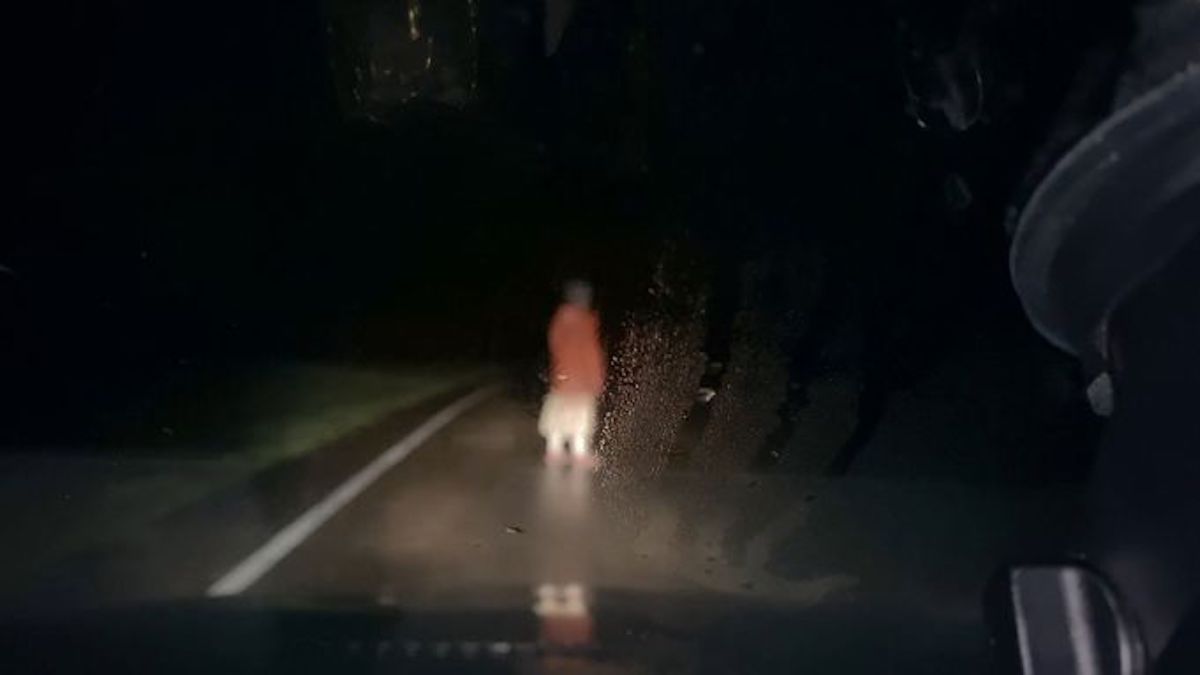 Dashcam’s insufferable protagonist Annie Hardy is the reason you’ll find it hard to divert your eyes from the screen.

This might seem antithetical, but Dashcam is nothing short of chaotic and devious, and it’s all the more fun for it. Helmed by director and co-writer Rob Savage, the same team behind Zoom scary movie Host crafts an inventive found-footage horror where the real menace is also tragically its very own anti-heroine.

Played by Giant Drag lead vocalist Annie Hardy as an exaggerated version of herself, the protagonist is a COVID denier. One that proudly wears a MAGA hat but steers clear of covering her nose and mouth in the face of a global pandemic.

In the early stages of the giant mess 2020 has been, this leading lady flies from LA to London to bid farewell to the US’ strict COVID rules. She can do whatever she pleases in England, she thinks, tricked by the country’s more relaxed approach which seems to match her careless attitude.

In the middle of the night and unannounced, Annie breaks into the house of her former bandmate, and now food delivery driver, Stretch (Amar Chadha-Patel), ready to wreak havoc on his domestic and professional life.

When she goes on a food delivery run for him, Annie is bizarrely asked to bring Angela (Angela Enahoro), a visibly unwell, elderly woman, to an unknown address. A task Annie reluctantly accepts, this will mark the beginning of the end — and, arguably, of the film’s most confusing act.

As the title suggests, the events are flickeringly documented through a vomit-inducing recording of Annie’s camera. The English escapade is an episode of her show Band Car, a livestream where Annie raps sweary, hyper-offensive, and just generally deliciously bad rhymes from a moving vehicle.

In the left bottom corner, a plethora of comments flood the screen. Worryingly encouraging or marvelously merciless, these digs in all caps are one of the most effective elements of the film. Savage and co-writers Gemma Hurley and Jed Shepherd encapsulate the most concerning corners of the internet in this fake comment section. But they also crucially understand the audience in all its voyeuristic, unconfessed needs.

We’re here for the same reason we like a heated exchange on social media, happy to read others spitting their (mostly inaccurate, often cringeworthy) tirades, and yet too lazy to get dirty ourselves. It’s the entertaining component of a downfall we’re after, and Dashcam nails just the formula: watching horrible people being at their most horrible from the comfort of our clean consciences.

The filmmakers don’t even bother to solve the mystery hinted at in the final part because it would be beside the point. More than the virus itself or the supernatural, zombie-like aspects of the disease, Annie is the villain with her smug, rule-bending, obnoxious attitude.

It is a rather chilling discovery for viewers to find themselves rooting for her to survive. Let’s not get ahead of ourselves. It’s purely out of a sadistic impulse to see the lengths the movie can go, and if Annie will finally meet her comeuppance. And this realization is far more terrifying than any of the many jump scares Dashcam has to offer.

The lack of empathy the movie elicits in the audience mirrors Annie’s carelessness, one she wears as a badge of honor when she refuses to mask up or wakes Stretch up with a slap. And that of her viewers, too, so easy to be swayed, turning from devoted fans into straight-up trolls as the movie progresses.

Savage turns off the comments due to Annie’s bumpy internet connection during the movie’s most dramatic bits, but this might not be entirely a good call. Dashcam thrives in its collective fruition, both real or fictional. Ultimately, this is a horror that tells us more about its audience than it does about its main character. This might be for the best, and writing Annie as a preposterous, over-the-top lead eliminates the risk to give her any credibility.

Quite fittingly, the real Hardy wasn’t able to present the movie at Toronto International Film Festival earlier in the year given its vaccination mandate. Like her character, she did find some solace in the UK, where she attended the BFI London Film Festival premiere as there was no COVID pass required. The musician fully lent her controversial internet persona to the movie, unafraid of, and perhaps relishing, the idea of getting under everyone’s skin.

Dashcam is a one-woman-shitshow, revolving around an irksome protagonist that doesn’t fail to irritate till the very end. With her poor rap skills, she drags the ending credits several minutes past the point of what’s acceptable or pleasant. Still, we stay in our seats, cradled by the grating sound of her voice. It’s a twisted lullaby for the right-minded, who leave the cinema vaguely unsettled but decidedly amused.

Dashcam currently has no announced US release date, but director Savage’s film, Host, is available to be streamed on Shudder. Considering the wild reactions the movie is generating, it may only be a matter of time for Dashcam.

Dashcam was a RIDE. I can’t remember the last time I’ve had that much fun-the audience just make it. Screaming, laughing, at one point I think someone was nearly sick? Highlight of #LFF so far. I LOVED it pic.twitter.com/r41p0BsTIv