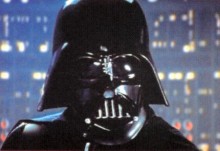 A group of French psychiatrists and psychologists have finally figured out what’s wrong with Darth Vader, based on a close reading of the second and third Star Wars prequels: In a letter to be published in an upcoming issue of Psychiatry Research, they argue that the Dark Lord of the Sith suffered from borderline personality disorder (BPD), citing his ‘patterns of instability and impulsivity.’

According to the researchers, Darth Vader evidences six of the nine borderline personality disorder criteria laid out in the DSM-IV; only five are needed for a diagnosis.

According to LiveScience, Vader demonstrates, among other criteria, impulsivity and anger management issues, abandonment issues, dissociative episodes, and identity disturbance.

Two displays of dissociative episodes took place when Skywalker tried to distance himself from stressful events. The first episode took place after he slaughtered a local tribe of Tuskens responsible for his mother’s death. A second episode occurred following his murderous rampage among young Jedi trainees, as he voiced paranoid thoughts about Obi-Wan Kenobi and his wife.

Lastly, any “Star Wars” fan would recognize Skywalker’s identity issues and uncertainty about who he was. His fateful turn to the dark side and change of name to Darth Vader could represent the ultimate sign of such identity disturbance, the researchers said.

The theory fails to take into account, however, what is likely Darth Vader’s biggest personality problem: That he was written by George Lucas. Also, sand.