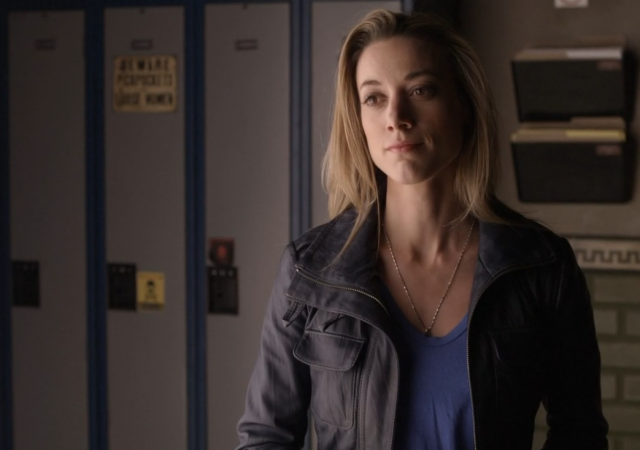 Syfy’s newest drama, Dark Matter, has its cast and a shoot date. And now we all cross our fingers for it to be awesome.

Beginning production in Toronto on January 7th (actually, with the old Lost Girl production team), Dark Matter has cast Zoie Palmer in a lead role – you might better know her as wicked lesbian doctor Lauren from Lost Girl. The show will also star Melissa O’Neil, a Canadian Idol winner who went on to perform as Eponine in Les Miserables on Broadway (though I saw her performance in an earlier Toronto production and whoa she was incredible).

Dark Matter is based on the 2012 Dark Horse limited comic series of the same name, about the six-member crew of a starship that wakes up from stasis with no idea of who they are or where they’re going. Both the show and the comic are written and created by Stargate (SG-1, Atlantis, and SGU) veterans Joseph Mallozzi and Paul Mullie. Previously having called the series “a refreshing and entertaining space opera,” I have high expectations for this one; as long as they avoid making it a straight-up BSG clone (SGU and Caprica, I’m lookin’ at you), I think this has some serious potential.

Mallozzi and Mullie wrote some of my favorite Stargate episodes of all time (including “Window of Opportunity” and “Wormhole X-Treme”) – but they’re also at their best when they’re able to inject a certain relatable humor into their episodes. I know Syfy is angling to get away from their “sci-fi lite” programming (like Eureka, which I admittedly also loved), but even serious-times sci-fi shows need a little lightness every so often. Y’all know who does this particularly well: