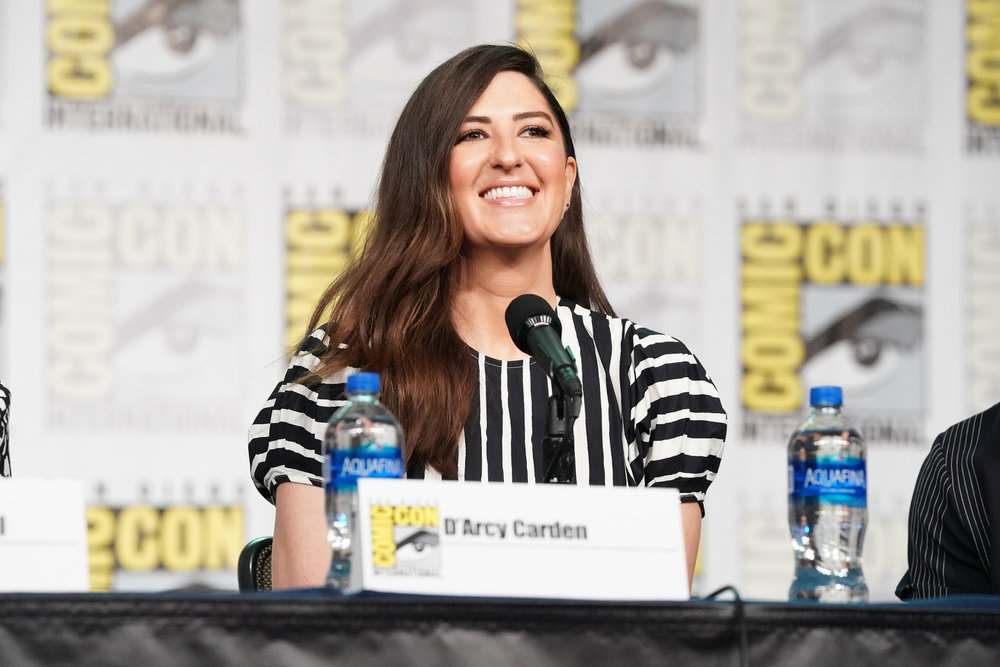 Hi There! Sometimes it’s okay to not be not-girls and not-robots and not know all the information in the universe because that means we can be delightfully surprised by the news that Janet herself, D’Arcy Carden is in talks to join the Amazon pilot for A League of Their Own opposite Broad City’s Abbi Jacobsen.

According to The Hollywood Reporter, Carden is in talks to join the pilot, which will be written by Davis and Will Graham (of Mozart in the Jungle, not the character from Hannibal). The half-hour comedy will be a new take on the original film about the All American Girl’s Baseball League. The series will focus on different character from those played by Geena Davis, Lori Petty and Tom Hanks in the now-classic film

According to THR, the logline for the series is as follows:

A League of Their Own is a half-hour comedy infusing the warmth, humor and DNA of the classic film, while taking a contemporary spin on the stories of the women surrounding the All-American Girls Professional Baseball League. The show will begin with the formation of the league in 1943 and follows the Rockford Peaches season to season as they struggle to keep the team alive through close games, injuries, late night bar crawls, sexual awakenings, not crying and road trips across a rapidly changing United States. The series dives deeper into the issues facing the country while following a ragtag team of women figuring themselves out while fighting to realize their dreams of playing professional baseball.

That sounds … pretty awesome. I love the original film, but it only just hinted at a bigger world that it looks like this series will explore. I especially like the hints that this series might deal with sexuality and race in a deeper way than the original film. We got a single scene of Geena Davis acknowledging a black woman’s pitching prowess and barely a hint at the queerness of women’s sports—even though Rosie O’Donnell was in the cast.

A new take on this story is a great premise for a series and the addition of Carden to this cast feels absolutely perfect. In case you were’t aware, we here at the Mary Sue are big fans of both Barry and The Good Place where Carden has established herself as one of the funniest and most talented actresses on television. (I’ll never stop talking about how good “Janets” was).  We’re still coping with the impending end of The Good Place, so having a new project for our favorite not-a-girl is consolation.

We don’t have any information about when this pilot will film, or if it will even be picked up by Amazon, which has ordered the pilot from Sony TV Pictures, but I hope Carden gets a great new role in it so we can keep her on our screens as much as possible. This is the kind of premise that demands a strong, talented ensemble cast so we also can’t wait to see who else joins the game.