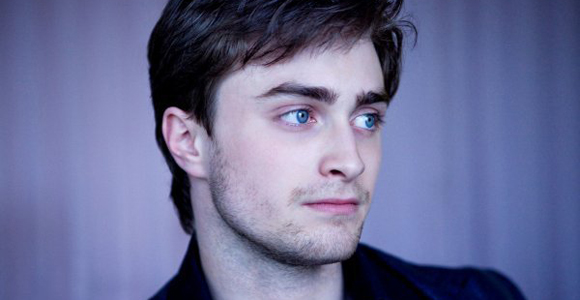 Some time ago, Harry Potter actor Daniel Radcliffe came clean with a serious drinking problem he had while filming the popular series. Many weren’t surprised considering the reputation child actors have for troubled lives, but in a recent interview with L.A. Times Hero Complex the now 22-year-old discussed his problem candidly, specifically saying that the role wasn’t to blame for it.

“What Potter did do was put me around people who were older than me, and I heard all of their amazing stories about their drunk nights. I just started thinking, ‘That’s what I want,’” Radcliffe told Hero Complex. “I don’t think I ever had one, great drunk night, but I had heard about them, and that was what I was desperately trying to pursue.”

So technically it was related. He wouldn’t have been around those people had he not landed the coveted role but it wasn’t any pressure to perform that sent him to the bottle. That being said, he did admit to British press recently he was drunk on the set of Harry Potter more than once.

“I’m very good fun for the first four drinks,” he told Hero Complex, “and then after that it’s a rapid, rapid decline into where I have to be helped home. Blackout was kind of my thing,”

Although he knows it was a serious problem (he admits to drinking nightly), Radcliffe quit drinking alcohol 18 months ago and wants to make it clear that he wants to break the stereotype people likely have of him.

“Ever since I was 15, I’ve kind of known what people expect when I walk into the room: ‘Oh, he was a child actor. He’s gonna be a … nightmare,’” he said, peppering his speech with expletives. “I try as hard as I can to counteract that image immediately.”

Radcliffe’s first post-Potter role, The Woman In Black, hit theaters this weekend and the actor said he chose it because it didn’t feel like “a Daniel Radcliffe vehicle.” He knows it will take a few more films before the public will stop thinking of him first as Harry.

“People always say stuff like, ‘You didn’t have a childhood,’” he said. “That’s an insulting thing to say to somebody. Being on a film set is a fantastic place for a 10-year-old boy…. I would just be a nuisance in any other line of work.”