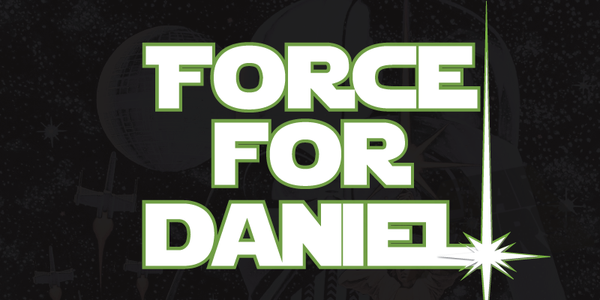 In a sad bit of news, Daniel Fleetwood, the Star Wars superfan–whose request to see The Force Awakens before passing away was granted just a few days ago–has passed away after a long battle with spindle cell sarcoma. His wife, Ashley Fleetwood, shared the news over Facebook, saying, “Daniel put up an amazing fight to the very end. He is now one with God and with the force.”

You’ll remember that the #ForceForDaniel social media campaign launched after Fleetwood posted a video on YouTube expressing his desire to see The Force Awakens before he passes away. The timeline given to him by his doctors stated that he wouldn’t be alive come December. Thus, #ForceForDaniel was born. The campaign spread quite readily, getting attention from some of Star Wars‘ biggest names: Mark Hamill, John Boyega, and Peter Mayhew. Each of them shared their support for Fleetwood, and most likely had some strings pulled to help make it happen.

Ultimately, it was J.J. Abrams who got to extend the offer to see the movie in a private screening. Cheers to him and Disney for making one fan’s heartfelt wish come true.