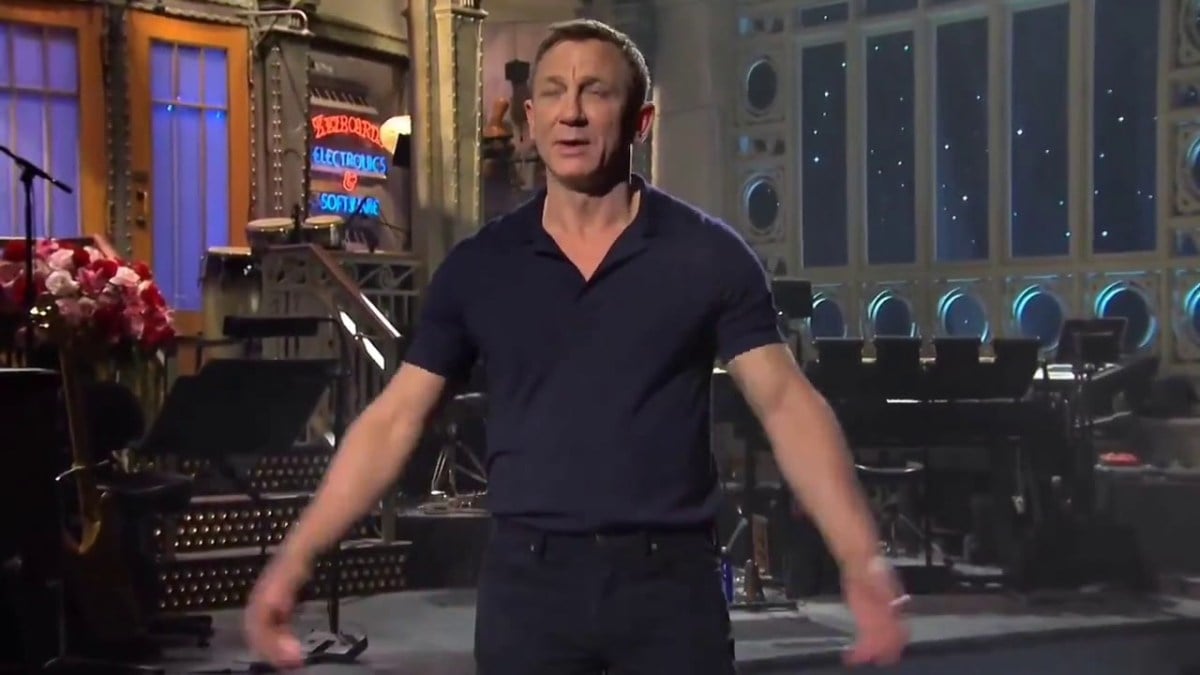 You’ve probably started your weekend off right in the last year, meaning that you probably scrolled online on a Friday, saw Daniel Craig in a video, heard him announce “the weekend,” and then carried on with your day. It’s from his turn on Saturday Night Live when musical guest The Weeknd was there, and Craig seemed just so relieved by this.

In turn, it became a meme. When Friday rolled around each week, the video would be posted by @CraigWeekend, and we would all know that our time to relax was upon us. And it has been happening since July of 2020, apparently entirely unbeknownst to Daniel Craig himself.

Now though, Daniel Craig seems to know all about it. According to Entertainment Weekly, the actor was doing press for No Time to Die with The New York Times, and after a year and a half of us all being welcomed into the weekend thanks to Daniel Craig, the actor was alerted of the popular internet trend.

“What is that?” Craig asked Dave Itzkoff, who brought up this trend by letting him know about the pictures, videos, and gifs that go around when Friday hits each week. After finally understanding what Itzkoff was referring to, Craig had this to say: “They do? It’s amazing. I don’t know what that is, but thank you. That’s lovely. I suppose I’d have to have social media to know what that was all about.”

Created by a teenager in California, the Twitter account has become a joy for us all. Sometimes, we might forget it is coming. Others, we’re waiting on the edge of our seats to see the video to know that we can finally take time for ourselves, but either way, it’s just a weird collective thing we’ve all started getting excited about. Maybe it was quarantine, maybe it was just being thrown into a world where we love memes, but whatever the case may be, Daniel Craig’s introduction of The Weeknd on Saturday Night Live is one of the best things to come out of the last two years, and we should all be grateful for it.

It is how we know the weekend is here. Even The Weeknd himself joined in on the bit, posting:

ladies and gentlemen, the …

Honestly, this is exactly the kind of reaction I’d assume we’d get from Daniel Craig once he knew. He’s not online, he doesn’t seem to care about jokes or bits, and he just sort of does his job and goes. So telling him about a popular Twitter memes he’s involved in and him not knowing what in the world people are talking about? Seems right for Craig.

So we can all rest easy now. Daniel Craig knows that he’s our beacon for the weekend.