Things We Saw Today: Danai Gurira Seduces Lupita Nyong’o Away From Michael B. Jordan in a Movie We Need ASAP

Please, let this be an actual movie tomorrow. 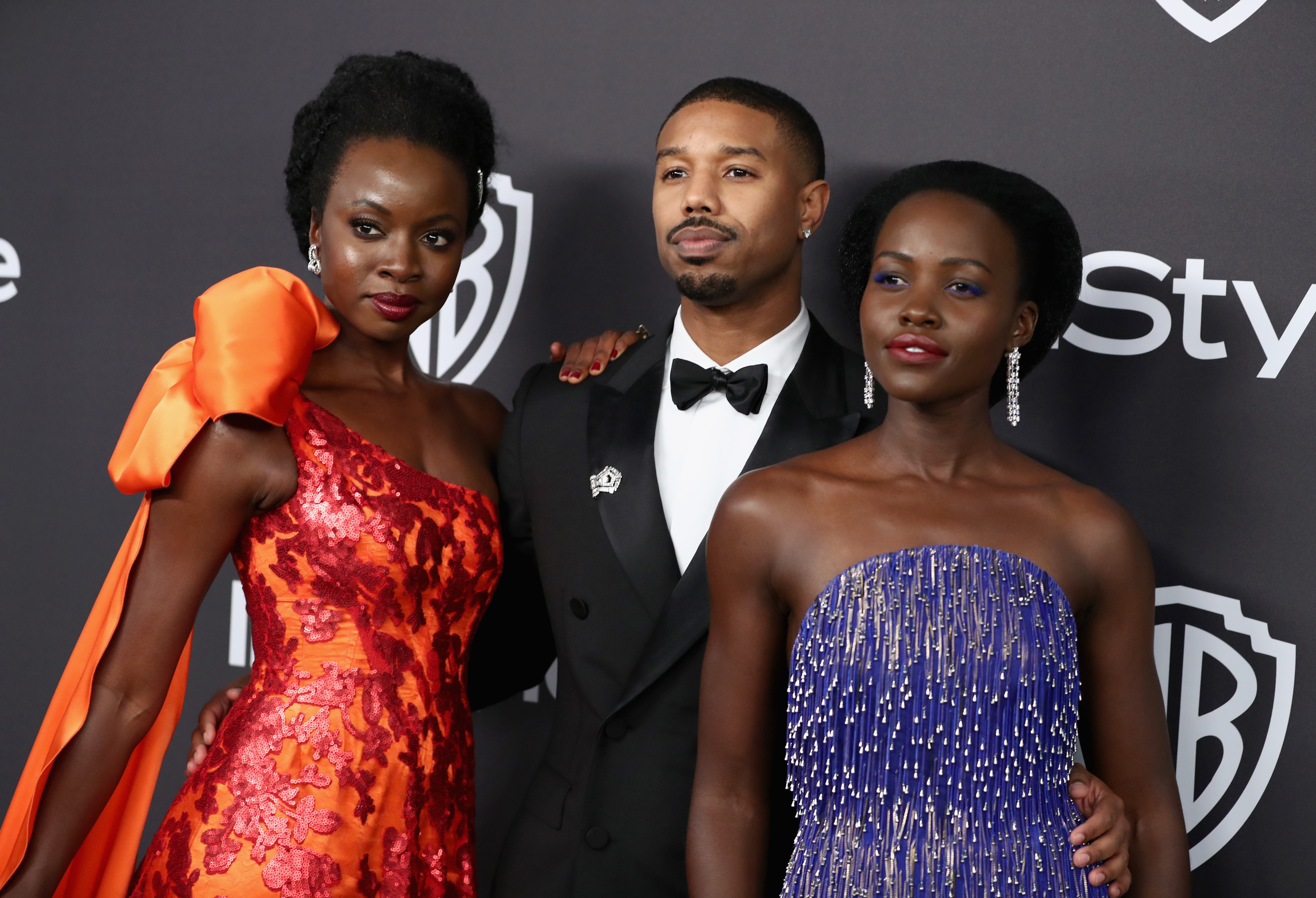 The Black Panther cast stole the Golden Globes with their style, but they didn’t stop there. Lupita Nyong’o shared the video that might define January of 20biteen. Danai Gurira is waiting for an elevator, which opens to reveal Nyong’o and Michael B. Jordan in a passionate liplock. Gurira strides in, pushes Jordan aside, and dips Nyong’o for their own makeout session. Nakia/Okoye shippers, rejoice!

When the cat’s away… pic.twitter.com/jFu7IJ4ATW

The video is just perfect, from the flawless fashion to the clear friendship and camaraderie that exists between the cast. I could watch hours of these three just being cute together. Plus, Gurira and Nyong’o’s fakeout makeout? That is the stuff of dreams. It’s perfect. Adorable. Wonderful.

Now, I need a movie in which Gurira seduces Nyong’o, maybe away from Jordan or maybe away from someone else. Also, maybe Gurira’s character in this movie is a spy? Like James Bond, but better. Nyong’o is the girlfriend of the main villain, and Gurira tries to win her heart to get information but falls in love in the process. There’s a brief angsty spell, and then they ride off into the sunset together. I will also accept a version of this in which Gurira is a jewel thief and she steals Nyong’o’s priceless necklace and heart, and then they ride off into the sunset together again.

What would your dream film with these two look like, Suevians? Let us know in the comments.