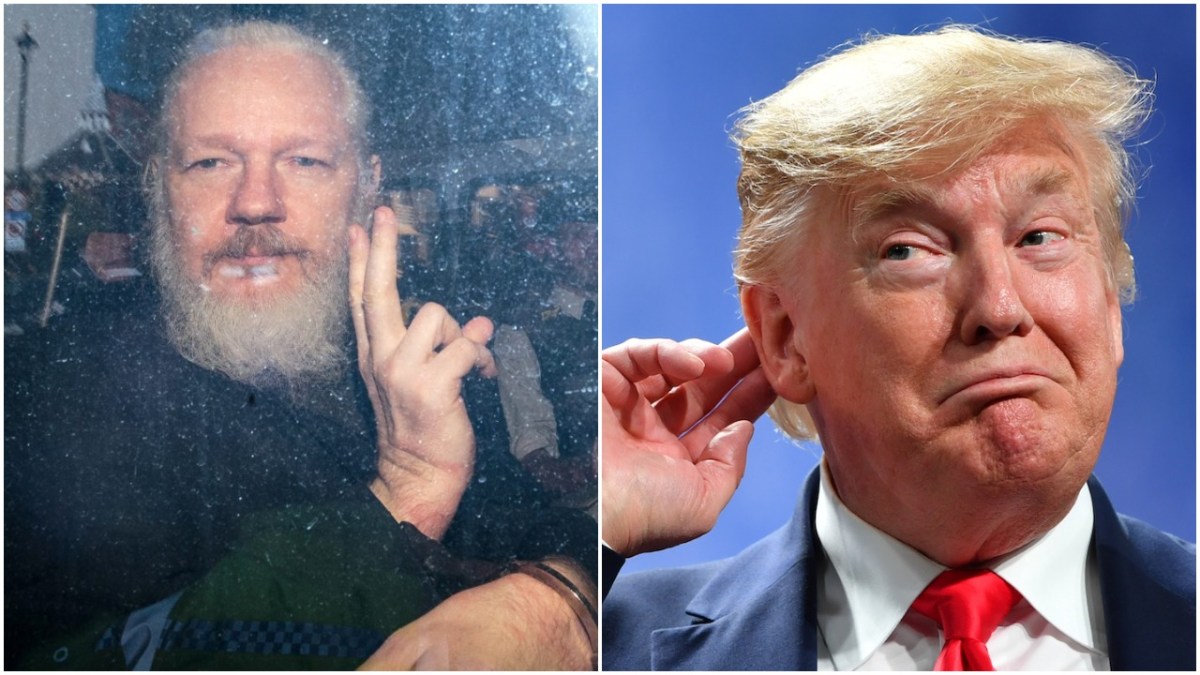 We reported earlier this week on the revelation from an extradition hearing for WikiLeaks founder Julian Assange that Assange’s attorney claims his client was offered a presidential pardon. They claimed the offer came via then-California congressman Dana Rohrabacher, on the condition that Assange provide information that the Russians had not been behind the hacking of DNC emails in 2016, which affected the election. The White House denied this but Rohrabacher now confirms that he did offer the pardon.

Rohrabacher did indeed meet with Assange at the Ecuadorian Embassy in 2017, at which point he offered the promise of a pardon … for a price. According to Yahoo News, who spoke to Rohrabacher:

Rohrabacher said his goal during the meeting was to find proof for a widely debunked conspiracy theory: that WikiLeaks’ real source for the DNC emails was not Russian intelligence agents, as U.S. officials have since concluded, but former DNC staffer Seth Rich, who was murdered on the streets of Washington in July 2016 in what police believe was a botched robbery.

While the White House denies this, Rohrabacher says he did indeed offer the pardon and assure Assange that he could get the ear of the President, and his support. Rohrabacher also confirmed that he called the White House after the meeting and spoke with then Chief of Staff John Kelly.

“I spoke to Julian Assange and told him if he would provide evidence about who gave WikiLeaks the emails I would petition the president to give him a pardon,” Rohrabacher said to Yahoo. “He knew I could get to the president.”

The President’s team did not follow up with Rohrabacher, according to him, nor did Assange take the deal at the time (since Russia was behind the hack).

This is a curious case of telephone, because, while it was extraordinary and pretty corrupt for Rohrabacher to make that offer, he’s now claiming that it was his idea and didn’t come from Trump directly and wasn’t followed upon. Then again, we might not want to trust every word from a man who was negotiating covertly with a guy who was indicted for conspiring against the US. Just saying that neither of these guys is terribly trustworthy.

Rohrabacher was also basing everything on his conviction and belief in a conspiracy theory—the idea that Seth Rich was behind the emails. This is a theory planted and promoted by Russia (the country Rohrabacher supports) and is popular among the bots and trolls that keep people, like Rohrabacher, for processing and understanding the truth: the Russia and WikiLeaks screwed with the election.

And by the way: Russia is still doing that and Trump is worried democrats might exploit this fact. Because it would be such a disaster for them to bring up the fact he’s relying on foreign interference in our elections to keep power!

How does this matter, in the larger picture, for Julian Assange and his possible extradition to the US? That’s not clear. He’s probably not getting a pardon, but it’s unclear how this evidence or influence will figure in, if at all.

One thing is for sure: we’re extremely glad that Dana Rohrabacher is no longer a member of congress. His talents are probably going to much better use in his new gig … as a consultant to the cannabis industry.