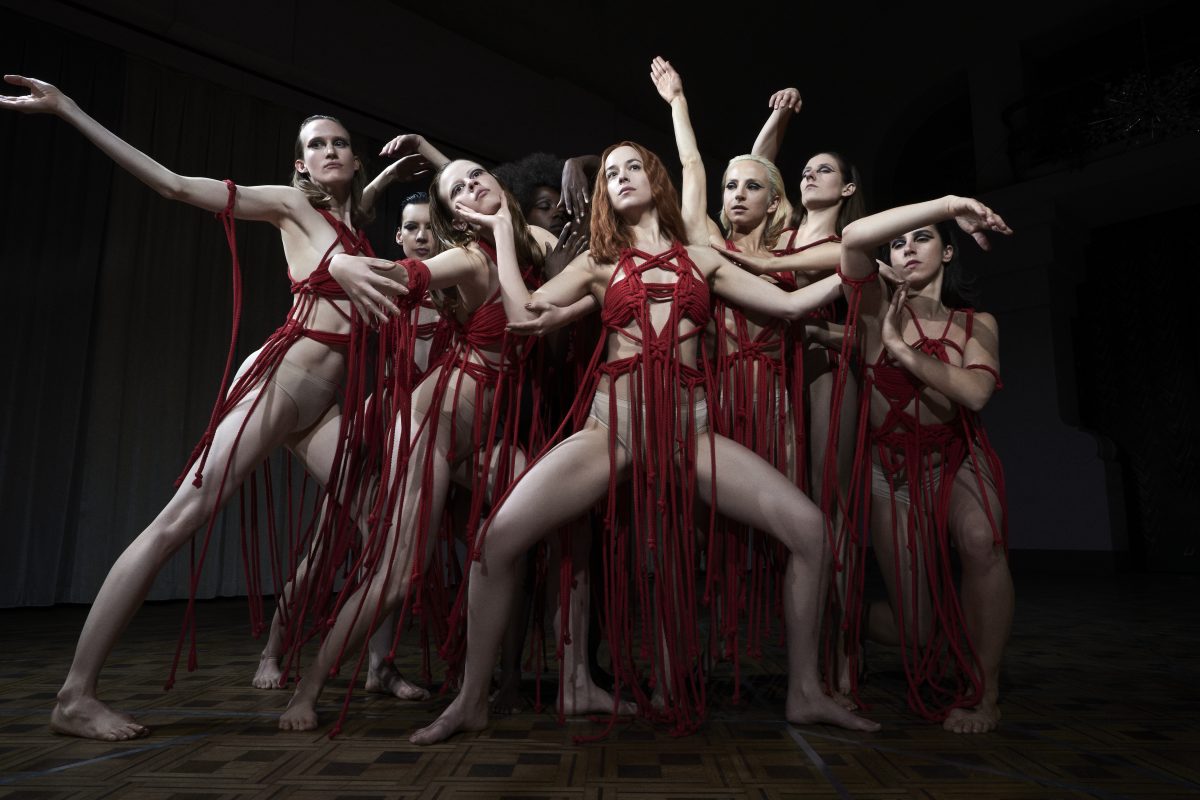 (Warning: spoilers for Suspira will follow. Read at your own risk.)

The more I think about Suspiria, the less I like it. However, the more I think about it, the more I become convinced I need to see it a second time after the game-changing twist that occurs during the film’s gruesome, gory climax. The twist is fairly out of left field the first time through, and I spent the entirety of the credits mentally going through everything to try to figure out where director Luca Guadagnino might’ve foreshadowed the big surprise.

At the climax of the film, following the near-beheading of Madame Blanc, our protagonist, Susie, reveals to Mother Markos that she is in fact Mother Suspiriorum. She then kills Markos and the witches that followed her, before granting death to three dancers who had been tortured by the coven. She then visits Professor Klemperer in an epilogue scene, where she tells him how his wife died before wiping his memory of all the women he failed to save.

A post-credits scene shows a close-up of Susie’s face as she stares in approval at something the audience does not see. (We’re starting the Suspiria Cinematic Universe, everyone.)

“I did make an effort to sort of leave that open for interpretation. Susie’s evolution is very internal. It’s deeply internal, but the thing that draws her to Berlin, to Madame Blanc is also deeply internal. There are so many threads of possibilities. …  She comes from a Mennonite family, and Mennonites came from Germany. She has sort of like denounced the church, her mother and her father. She just fundamentally does not accept the life that she’s been given, which a long time ago if you did that, you were a witch. If you were at all independent, if you thought independently, if you felt independently from your father or the church, you were a witch.”

Reading Johnson’s comments was like a bolt of lightning for what they were trying to do with Susie’s character. Watching the film, Susie felt increasingly passive, with only a few scenes in which she shows real agency. Fellow dancer Sara felt like more of a protagonist, taking desperate steps to figure out what had happened to two other missing girls. But for Susie, things seem to happen to her rather than her taking action herself. Moments like her insistence that she can dance the lead role in Volk herself are few and far between, up until that blood-soaked final scene.

This quote, though, makes me understand certain narrative decisions far better. It gives an added layer by talking about Susie leaving the church and entering an all-female dance academy as her becoming a witch. I long now for a couple extra scenes in which Susie discusses faith and her falling out, which Johnson could have handled beautifully had she been given the right material.

Moments like Blanc’s connection to Susie, Susie’s desire to see the company perform in New York years before the film takes place, and Susie’s mother’s gasped final lines about her daughter being her greatest sin all make sense in the context of the big reveal. Unfortunately, Susie is not allowed to be the full protagonist she deserves to be, because Guadagnino has another character in mind for his leading role.

Susie deserves more flashbacks or teases alluding to her past, more moments where she was less a lamb in the woods and more of an active participant. We need to be invested in Susie and curious as to why she flourishes so suddenly in the company, instead of focusing on a male character.

Yes, ’twas a man at the heart of this apparently feminist feature. Despite being about a coven of witches, and ostensibly about women and power, the heart of the film was given to the character of Klemperer, a male psychiatrist who is drawn into the coven when one of his patients disappears. Played by an unrecognizable Tilda Swinton, Klemperer wanders around Berlin, trying to find out where his patient disappeared off to while grieving his wife who was killed during the Holocaust

At one point, while he’s been kidnapped by two of the witches in the coven, they berate him for not listening to his wife and, in turn, leading to her death.

Klemperer is the center of the final scene, in which a never-better Johnson delivers a monologue about his wife’s final moments. It would be a career highlight for both performers if it didn’t undermine the entire point of the film. We’re spending these final moments on the redemption of a male character, rather than with our protagonist, whose only purpose in this scene is to offer consolation.

Klemperer’s memory is wiped, and Susie disappears. Outside of that final post credits tease, we don’t know what happens to her, or what her future holds. However, we sure do know a lot about Guadagnino’s male lead.

The inclusion of Klemperer as protagonist means that we cannot spend as much time with Susie so as to understand her. The twist makes Madame Blanc’s fascination and motherly affection for her make more sense—they were being pulled together—but it would have been nice to see their connection develop through the film, as we see Blanc’s resolve weakening when it comes to having Susie groomed for some nefarious purpose. It would have been nice to develop Susie’s relationships with the other girls in the academy, as well, possibly teasing her ultimate role as mother by having her help the girls around her.

The film has big ideas, and dreams of being a strong commentary on women and power and motherhood, but when it takes Johnson and others talking offscreen for parts of it to click and provide understanding, then there’s a failing with the material onscreen. Guadagnino’s spell on the audience is a very male-centered one, because he puts too much attention on Klemperer’s male perspective, rather than aiming to try to unravel the complicated inner lives of women.

I long to see the movie that Johnson speaks of, because I feel like the horrifying empowerment there would far surpass the empty promises made on screen.