The Mona Khal-Lisa, Our Lady of the Dark Eyebrows 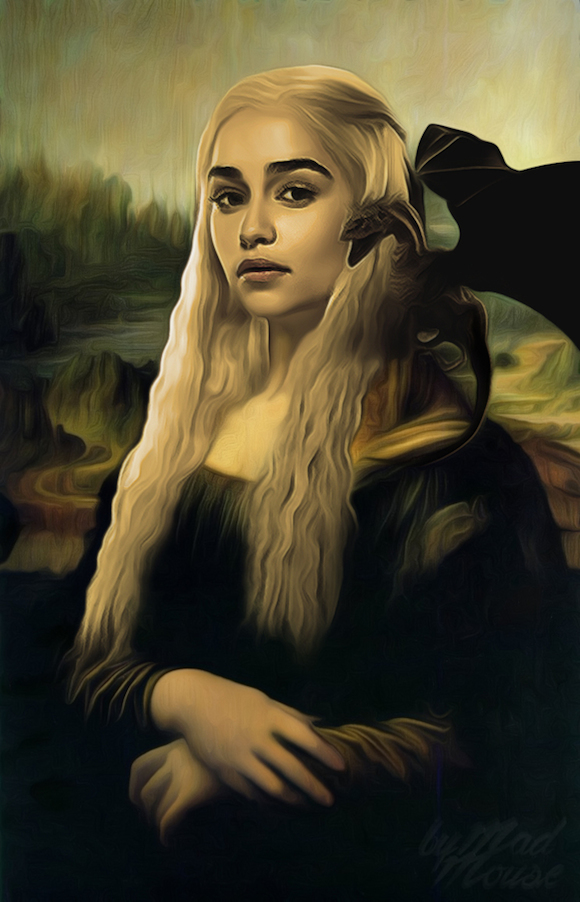 Sadly, the original Mona Khaleesa is thought to have perished in a mysterious, completely, totally, absolutely unexplained fire. No historical record exists of how it was started and no historians have offered any theories.

(How to Carve a Roast Unicorn via Neatorama.)