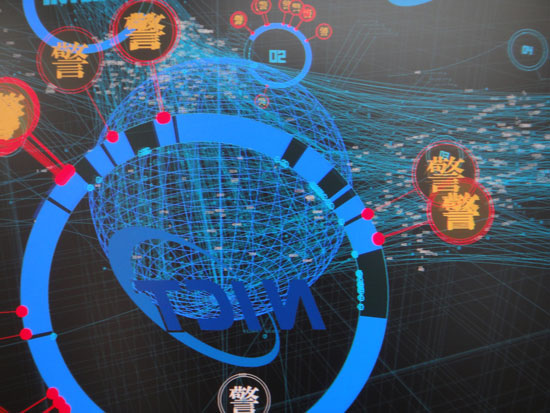 In the movies, when the good guys are getting hacked there’s always some kind of crazy 3D display showing the assault in realtime. Obviously, that’s all made up for the audience’s benefit — it sure looks a lot more compelling than lists of packet transfers — but a Japanese company has gone and decided to make it a reality.

Called Daedalus, the software is the perfect addition to any Internet war room. But NICT, the company which produces the software and the sensors that make it all work, think that it could actually be useful.

It’s worth noting that although the visualization appears comprehensive, the video does point out that NICT sensors need to be installed in order for this thing to work. It’s unclear as to whether or not Daedalus can actually have an all-encompassing view and detect every attack.

Now, I am not a digital security expert and have no idea as to the utility of this software. However, it does look really cool. Furthermore, I am in favor of anything that makes our reality a little more like our fiction. If we can’t actually live in a cyberpunk universe, then we can at least look like we do.