Just once I'd like to see somebody wear a pirate hat instead. 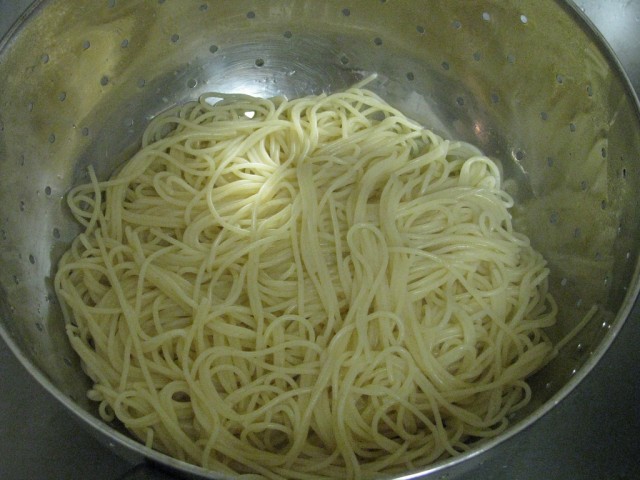 Yet another Pastafarian has announced his affiliation to the made-up non-religion of the Flying Spaghetti Monster by wearing a pasta strainer in an ID photo. Listen, I know everyone feels like their drivers license photo is awful, but but at least you won’t have to explain using a kitchen utensil as a hat every time you get carded.

Pastafarianism is a satirical religion founded in 2005 by Bobby Henderson in response to a Kansas School Board Decision whether or not to allow Intelligent Design to be taught alongside Evolution in schools. It has since become a movement for atheists and believers alike who are disillusioned with the current state of modern religious orders. It also happens to feature a giant sentient ball of spaghetti as its deity. You know, regular religion stuff.

Lukáš Nový — whoever can tell me how to pronounce that name gets my eternal admiration — is only using this ID on a temporary basis, the Google Translate version of this Czech website says. However, it doesn’t seem as if Nový had much trouble convincing authorities to let him wear his headgear “for religion reasons.” Again, none of us know Czech, so we can’t be sure if the translation is correct.

One thing’s for sure, though: Nový sure pulls off the pasta strainer look. 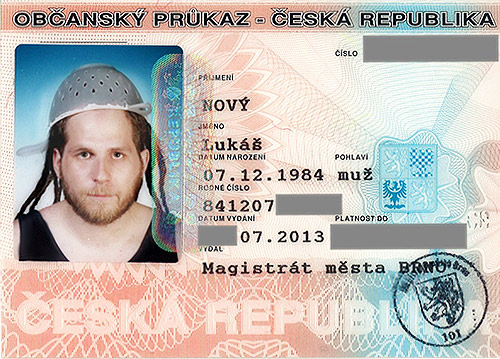 (via BoingBoing, image via David Erickson)