This Cylon Engagement Ring Disguises Itself Like A Skin-Job 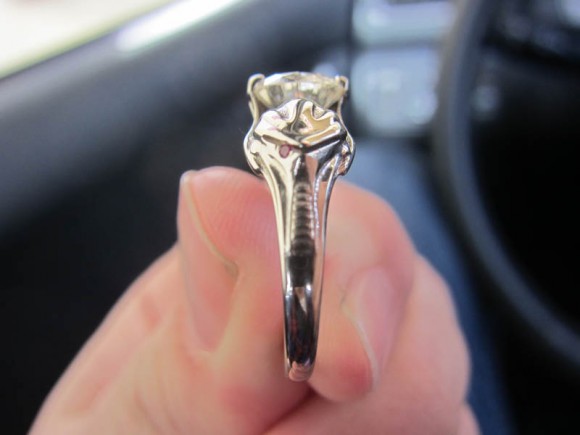 Michael Moragne used his grandmother’s ring to create a Cylon engagement ring for his girlfriend. Talk about an upgrade. Hit the jump to see how this amazingly nerdy ring looks perfectly normal when viewed from above.

Craig Elliott created a model of the ring for Moragne, which featured a small ruby as the Cylon’s “eye,” before creating a mold for casting. 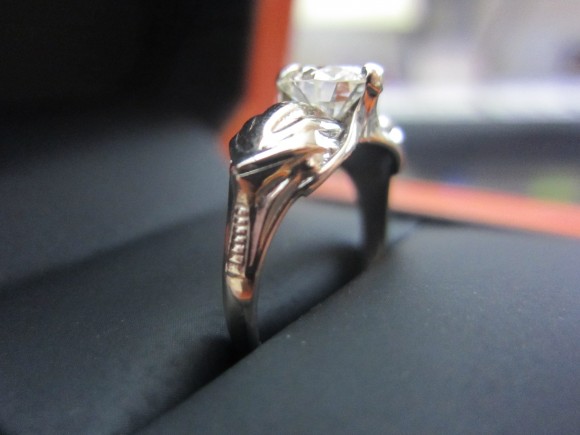 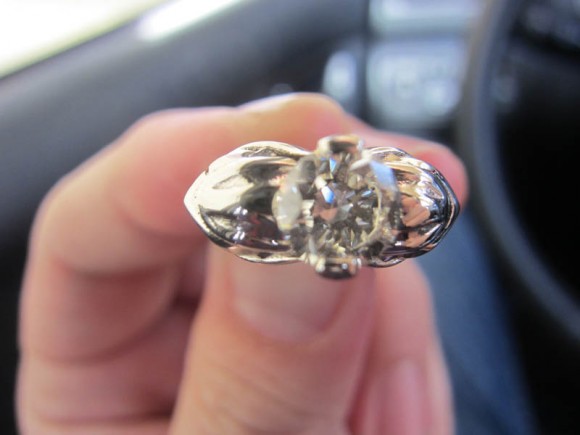