The CW’s Superhero Crossover Event Is Titled Elseworlds, Giving Us Hints to the Story

We see what you did there, DC. 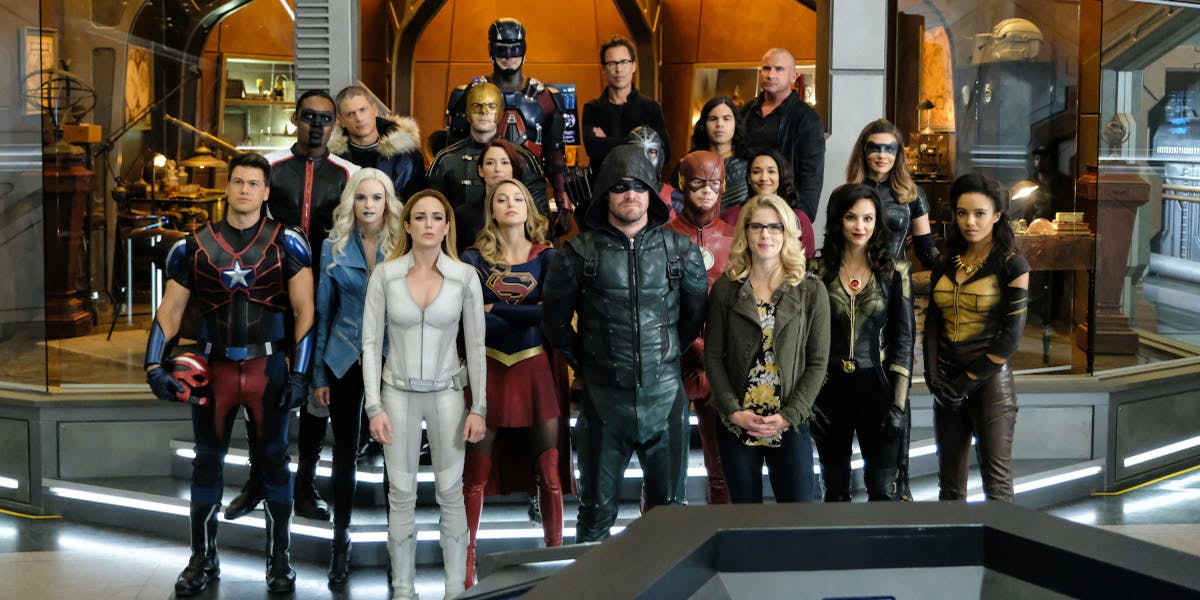 The winter Arrowverse crossover event is already jam-packed with heroes, uniting the casts of Arrow, Supergirl and The Flash, while also introducing audiences to Ruby Rose’s Batwoman and Bitsie Tulloch’s Lois Lane. Presumably, Legends of Tomorrow and Black Lightning were left out of the mix because it’s too many storylines to service, which is a bummer because I was hoping for a scene where Sarah Lance, Anissa Pierce, Kate Kane and Alex Danvers hit up a gay bar, but maybe they’re saving that for 2019 (a girl can dream).

Anyway, the crossover event now has a title: Elseworlds and a graphic image that shows Batwoman’s signal in the background. The title may sound familiar to DC comics fans, as the 1989 imprint banner that published stories that existed outside the continuity of the main DC series. These “what if?” style stories included Gotham by Gaslight, by Brian Augustyn and Mike Mignola, which features a Victorian Age Batman hunting down Jack the Ripper, and Batman: Holy Terror which featured the Dark Knight reimagined as a priest.

The multiverse-hopping event will also include LaMonica Garrett (Sons of Anarchy), who will be playing The Monitor, a cosmic being who played a pivotal role in Crisis on Infinite Earths, where he brings together heroes from alternate earths to defend against a greater cosmic threat to all dimensions. Garrett will be joined by Cassandra Jean Amell as Nora Fries, and Tyler Hoechlin reprising his role as Superman.

This crossover has a lot of ground to cover in three 45 minute installments. We’ll have to wait until December to see how it all comes together.