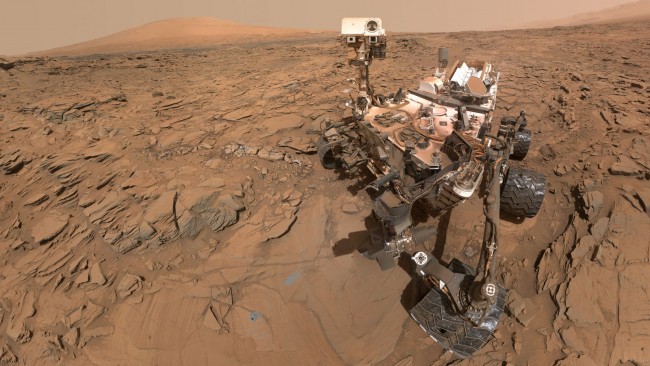 The Curiosity Rover is far away and generally alone (unless you count other rovers elsewhere on the planet), so when it encounters a problem and goes into its minimal operation mode, figuring out just what happened can be a tense process. That’s just what NASA’s scientists are currently trying to do, as the rover entered its “safe mode” over the weekend for unknown reasons.

That probably doesn’t mean the mission is in trouble, though, as this wouldn’t be the first time the rover has entered safe mode. It’s the first time since 2013, though, and while contact with the rover has been reestablished, there’s still no indication as to what went wrong on July 2—and no, it wasn’t aliens or an Matt Damon-stranding Mars weather.

What went wrong seems to be a software glitch, which must be hard to fix when the rover’s too far away to just unplug and plug back in again. NASA’s Jet Propulsion Laboratory said in a statement that this is what they know thus far: “Preliminary information indicates an unexpected mismatch between camera software and data-processing software in the main computer. The near-term steps toward resuming full activities begin with requesting more diagnostic information from Curiosity.”

Hmmmm … a mismatch between the camera and on-board software, you say? Perhaps because the pictures are actually taken by a human who’s standing next to the rover on Earth since you can’t see the camera arm in the picture*, because the entire mission is an elaborate conspiracy!

*No. This is actual nonsense perpetuated by people who don’t understand Photoshop, or at least NASA’s image compositing techniques. Curiosity has very truly been on Mars for years doing important science, and hopefully this issue will be figured out and resolved soon so that it can continue to do so.