The Schitt’s Creek Episode That First Made Me Sob 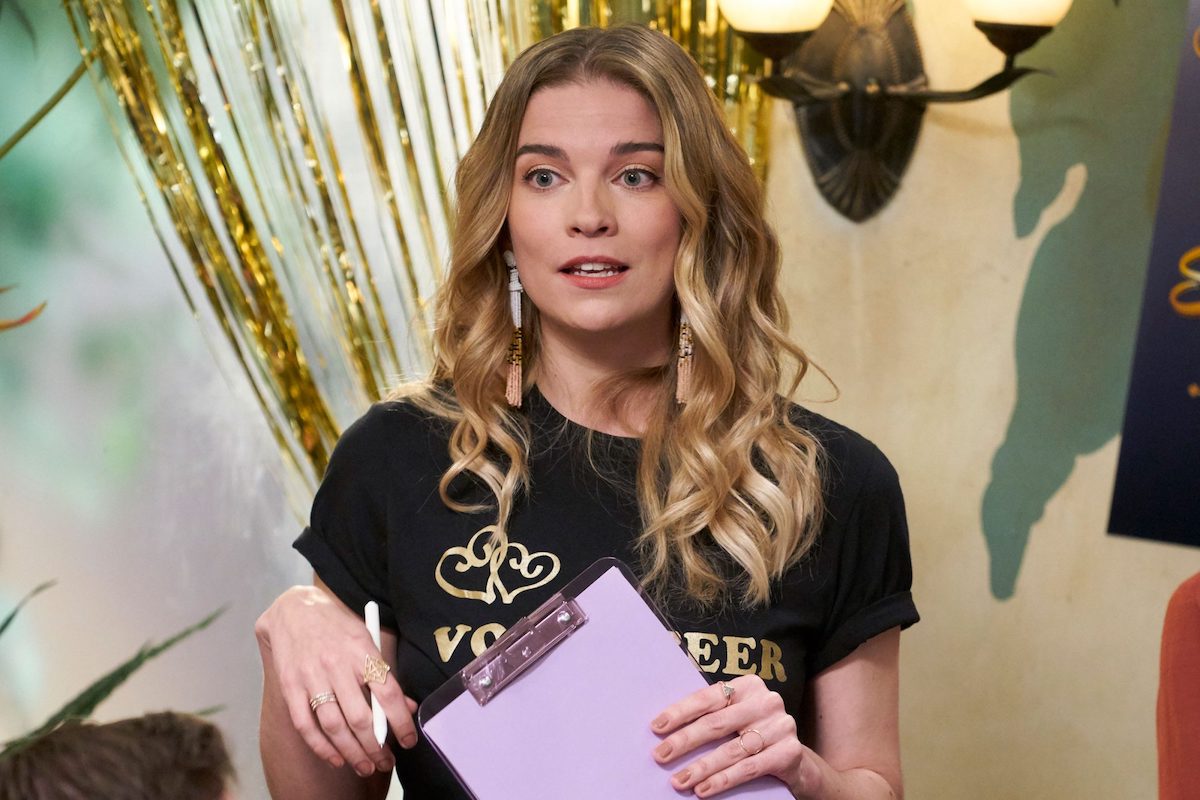 ***Spoilers for Schitt’s Creek ahead***

For a comedy that can be silly, awkward, and over-the-top, Schitt’s Creek also hits you with a gamut of profound emotions, and sometimes you find yourself crying out of cathartic joy. This is an experience that was pretty new to me when it came to sitcom watching. The show, which just swept the 2020 Emmys across all seven comedy categories in a history-making windfall, has many memorable and cry-worthy moments. But one episode first made me sob, and it’s probably not one that you expect.

Some of the standout scenes from Schitt’s Creek are moving must-watch moments that always bring happy tears. Both versions of “Simply the Best,” of course, but particularly Patrick’s, as David realizes what’s happening. When Patrick’s parents come to town and accept his out status unconditionally. The engagement!!! Stevie’s Cabaret star turn. All of these are epic, and I definitely cried when they were happening. It was season 4’s “Singles Week” that really got to me, however. The penultimate episode of the season shows just how far the Roses—especially Alexis—have come, and as a viewer, I felt transformed alongside them.

In “Singles Week,” Moira and Alexis have organized a singles event to energize the town, but Moira ends up “helping” Jocelyn as she goes into labor, leaving Alexis in charge. Patrick tells David that he loves him for the first time, which stresses David out, “Because you know I’ve never said that to anyone else, aside from my parents twice, and one time at a …” Patrick is way ahead of him: “… at a Mariah Carey concert, I know.”

Both David and Alexis’s ex Ted grapple this episode with hearing “I love yous,” and end up helping each other out with a heart to heart. Alexis is in love with Ted, but after the pain of their earlier breakup, Ted has tried to move on. David tells Ted that Alexis has come a long way, and how much Ted has meant to her as of late. He reminds Ted that some things are worth fighting for, even when they make us feel vulnerable.

“I think it’s important for us to remember that sometimes … sometimes it does work out. And um, even though everything inside us is telling us to protect ourselves, when you’ve got it, don’t let it go. … And I am telling you, that you have got it, if you want it.”

Alexis comes into her own running the Singles Week event in Moira’s absence. She gives a moving speech about locks and keys that’s really about the journey of her romantic arc with Ted, and her independent evolution as a character.

“Now I know many of you are excited about the lock and key event. The more I think about it, the more I feel like that game kind of sends the wrong message. Because … it makes it seem like, as soon as you find the right key, everything’s just supposed to work out, right? But life is more complicated than that. Now, I used to think that my one special lock needed to be like super aggressive, and come from a long line of Adriatic royalty, or have a beard, and be really into the woods.

Then I realized that sometimes, a special little lock can come along, that you didn’t think would fit because it didn’t look, or act, like the lock you thought you needed. So instead of actually giving it a real chance, you throw it away because it was too nice. And it liked you too much, and cared. And now that lock has found another key, and you are so happy for it, and you just need to accept that, and find a new lock. So, are we playing a game, or not? Yes! That is what I’m trying to say, we’re just gonna play a better game um… one that kinda promotes giving people a chance.”

Alexis, as played by the magnificent Annie Murphy, is my favorite character on the show, and this episode is her time to shine and show how much she’s changed from her shallow early days. The whole episode is about Alexis’s growth as seen from her actions and the other characters’ perspectives.

As Jocelyn tells Moira, “Listen, I can’t speak to who Alexis was before you came here, and from what I’ve heard I don’t really wanna dig any deeper into that, but what I can say is this. I have watched your daughter, over the last couple of years, grow into one of the most amazing people I’ve ever known. She is a hard worker, she is kind, and she is capable of so much more than people give her credit for.”

The end of “Singles Week” just made me cry again as I rewatched it. David, taking a lesson from his own words to Ted, goes to tell Patrick that he loves him, too—because when you’ve got it, don’t let it go.

Then, as Alexis joins in the game of singles’ musical chairs, she looks up to see that Ted has taken the seat across from her. Ted tells her that he’s “newly single,” and that “I’d be kidding myself if I told you that I haven’t wanted to do this every single day for the last two years.” Alexis, full of newfound hope, asks, “Do what?” The two kiss, as the entire Café Tropical erupts into cheers, with David and Moira looking on. It’s as perfect a moment of television, and of plotlines and character arcs coming together, as I’ve ever witnessed. We can’t help but feel joyful along with Alexis.

The reason “Singles Week” works so well and is so moving is at this point, we’ve spend four seasons with the Roses. We’ve watched their ups and downs, triumphs and defeats, and seen them become far better and grounded versions of themselves. “Singles Week” is the payoff for Alexis that she has now so richly earned—unlike many of the things given to her when the Roses had money.

Schitt’s Creek is much more than a wacky take on a displaced privileged family as they flail about in a small town. As star Eugene Levy said during the Emmy awards of his son Dan Levy’s creative drive (Dan, who plays David, won awards for acting, writing, directing, and producing the show), “I also want to thank once again this young man who took our fish-out-of-water story about the Rose family and transformed it into a celebration of inclusivity, a castigation of homophobia, and a declaration of the power of love.”

Or as Murphy put it herself while accepting her Best Supporting Actress in a Comedy Emmy award: “I’m so proud to be a part of a show that stands for love, kindness and inclusivity and acceptance. Those are things that we need more than ever right now.”

Schitt’s Creek has for several years been somewhat of a cult phenomenon. But hopefully, its historic Emmy wins will vault this brilliant series into the stratosphere like it deserves. If you haven’t started down the road with the Roses yet, you’re in for a treat. Just don’t forget to bring the tissues.

One more time, with feeling …