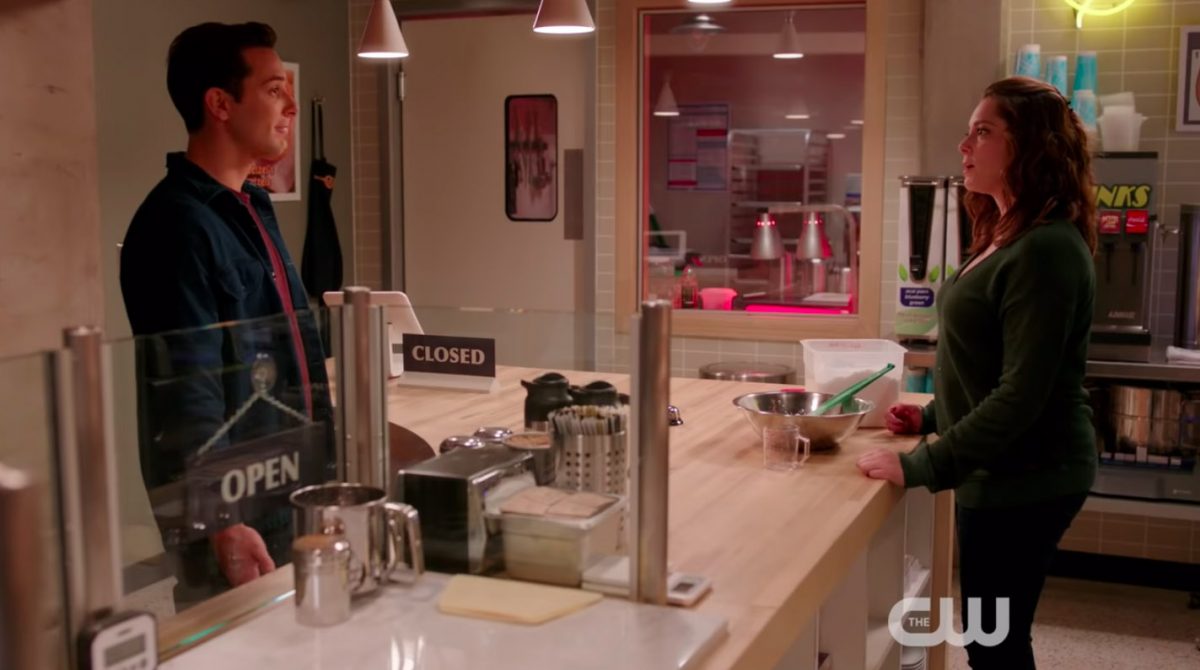 Crazy Ex-Girlfriend is the kind of show that has grown each season, changing to make it bigger and better with each new character and relationship. To see it go isn’t something that’s easy for me; I’ve been a fan since season 1 and have actively rooted for Rebecca to figure her life out.

Now, with just one episode left before the live finale, we (meaning I) have to come to terms with the fact that one of our favorite shows is ending. I’m not the only one who is coping with the loss of Rebecca Bunch and everyone in West Covina. The cast recently shared some of their favorite songs throughout the series with TVLine! (Head over there for more on their choices.)

Honestly, how do you pick a favorite from this show? Every time someone asks me, I list four different songs.

Rachel Bloom, the show’s co-creator and star, has a favorite that’s also a big hit among fans.

“Let’s Generalize About Men” became a Twitter sensation when the message reminded us all that people tend to over generalize everyone (including men), and it was a fun look into our culture and our response to the digital trend of blame.

Donna Lynne Chaplin, who plays Paula, chose a song that she isn’t even a part of as her favorite, bringing to life the wonderful story of Rebecca and Greg back in season 1.

“Settle for Me” is the kind of song that’s almost sad when you think about it. Greg Serrano is hands down my favorite character—both versions (Santino Fontana played Greg in season 1 and briefly in season 2, and now Skylar Astin is playing him in season 4). He has one of the best story arcs and is, arguably, the best for Rebecca. So sure, in season 1, he was the best for her to “settle” with, but now, he’s become the one who knows her the best.

Scott Michael Foster, who plays Nathaniel, picked a classic that brought to life one of the bisexual anthems of everyone’s dreams.

“Getting Bi” revealed that Darryl’s character identified as bisexual, recognizing this later in his life and embracing it openly. Truly, it was a beautiful thing to watch, and the show never tried to change that aspect of Darryl. He went through a relationship with White Josh and followed it with a new relationship with April (Maribeth Monroe). His sexuality was never the butt of a joke and continued to be a great representation throughout the show.

This is basically the Marvel Cinematic Universe, and I stand by that statement.

One of the brilliant aspects of the show is that they tackle the way we view both men and women. The toxic masculinity that lines our society is often broken down in fun songs, like this one, and we start to see that it isn’t healthy to discount someone else’s problems just because they’re deemed “hot” or sexy by society’s standards. Also, it’s a fun song with men dancing in underwear. Rachel Bloom knows what she’s doing.

But the fans have our own favorites. Mine are simple, because I love Greg Serrano, so they both have to do with him. Sorry, I’m a creature of habit.

It’s sad to see a show like Crazy Ex-Girlfriend end, but it’s doing so on its own terms, with a wonderful last season. I’m still going to miss it, but at least I’ll always have these songs to keep me company.