Revenge Pornographer Demands Google Erase His Past; Is Human Embodiment of Tiny Violin 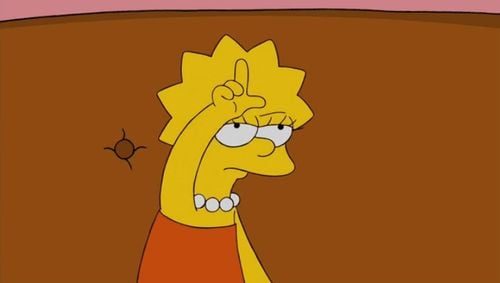 You know it’s been a good couple of days when triumphant Lisa Simpson shows up twice.

Brittain, who ArsTechnica reports made over $12,000 by posting explicit photos (often accompanied by the names, birthdays and Facebook profiles of the subject) during his time at IsAnybodyDown, is petitioning Google to remove 23 links pertaining to his past, including a Federal Trade Commission press release alleging he “used deception to acquire and post intimate images of women, then referred them to another website he controlled, where they were told they could have the pictures removed if they paid hundreds of dollars.” (In the past, Brittain has said that he “completely disagrees” with the FTC’s allegations.)

So to reiterate, the man who made his nut by catfishing women on Craigslist and posting pictures submitted to his site by anonymous angry exes doesn’t like that there are unauthorized photos of him on the Internet. Thankfully Google is having none of his crap; according to ArsTechnica, “fair use and general First Amendment principles are on Google’s and the media’s side.”

I’d say it’s time for another rousing rendition of that feminist “Ding Dong the Witch is Dead” we learned last week, but considering Brittain has gone from revenge pornographer to Gamergate supporter (But #NotallGamergaters, amIright?), it seems his concerns over online privacy haven’t made him any more empathetic towards women.

If it’s any consolation, the irony is especially strong with this one; by complaining about unflattering news stories in his online search history, Brittain has undoubtedly earned himself even more media attention to worry about. Enjoy, bro.