You Can Tell A Cows’ Emootions By Checking The Temperature Of Their Nose, Animal Welfare Group Says 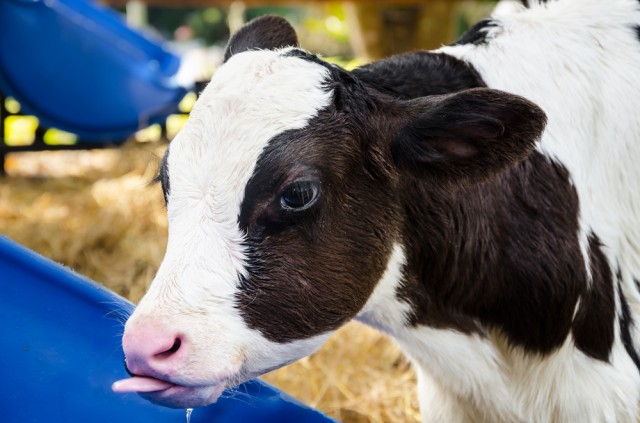 Normally when my nose is cold it means I need to bundle up more. But okay, cows. You do you.

A recent study performed by World Animal Protection at the Royal Veterinary College, Potters Bar, UK seems to suggest that cows’ emotional states and the temperature of their noses are somehow linked.  Researchers associated with the group attempted to put 12 cows in a relaxed state by stroking them over 350 times in “preferred regions,” and then recorded the cow’s nasal temperatures before, during, and after. Their results showed a drop in nasal temperature that they believe correlates to the positive affection the cows were receiving.

Of course, obviously a non-profit organization devoted to the welfare of animals is going to have some major biases in proving that animals even feel “emotions” in the first place—last month, in fact, they also released a different study suggesting that the positioning in cow’s ears demonstrate their ability to emote. It’s also worth pointing out that the sample size is pretty small as well, which means World Animal Protection has more to do if they want this study to be as scientifically accurate as it can be.

“Understanding how animals express positive emotions is an important area of focus for animal welfare science, yet it is widely neglected,” World Animal Protection’s “Sentience Manager” Helen Proctor, said. (Boy, that’s a title.) “The necessity is not to prove that animals have a range of emotions, but to measure it. In doing this it is key to show not just that pain and suffering is removed but to draw attention to the importance of good welfare and how to understand the positive emotions that an animal will display.”

Given that the group’s ultimate goal is to raise awareness of the ethical problems with intensive dairy farming and promote better welfare of animals, we can’t blame them too much for being gung-ho about the concept of them emoting. Maybe next time make your feelings more obvious to us, cows? Something like this might work: