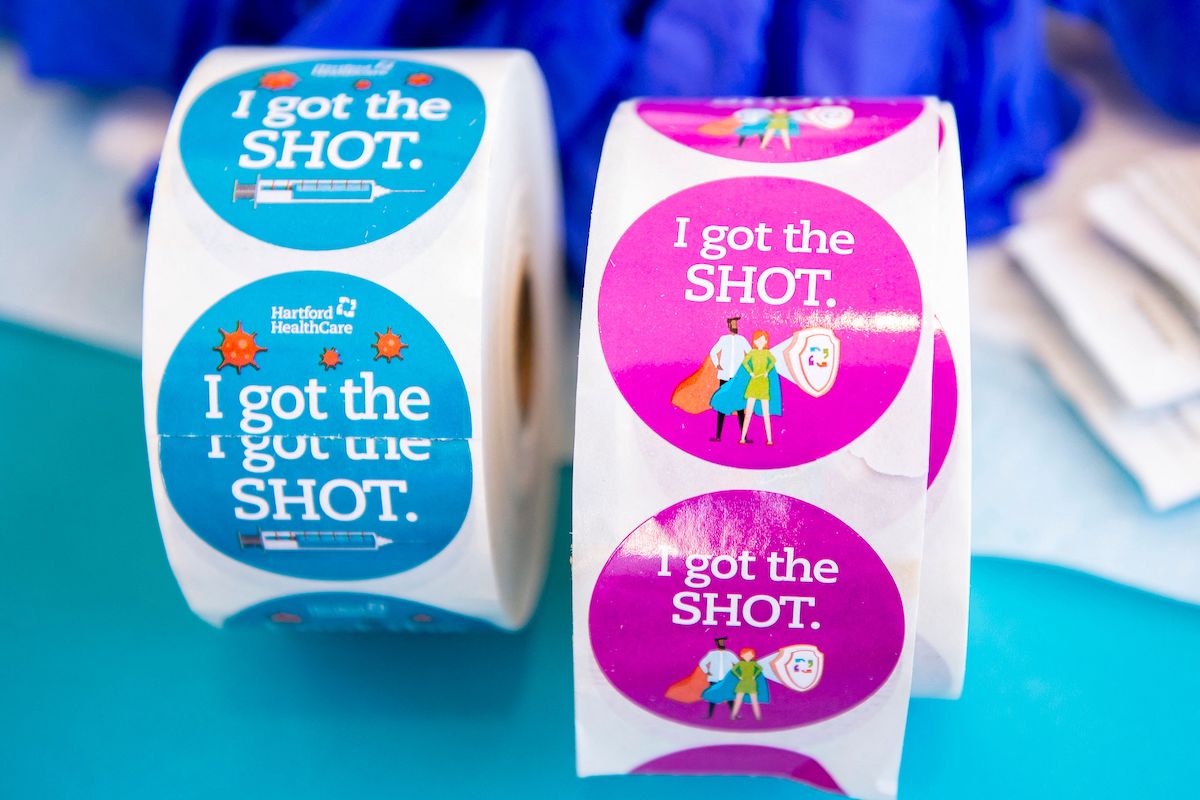 The possibility of a “vaccine passport” has been floating around for a while and a lot of people are having a really strong reaction to the idea. Or rather, for most people, there’s a strong reaction to the idea they’ve created in their head about what a vaccine passport actually is because right now, there’s a ton of misinformation out there and very little that’s actually been put into action, especially in the United States.

One of the biggest problems is that the term “passport”—which pretty much every person working on them seems to hate—is being used incredibly broadly.

In New York, as well as in the UK, the idea of a “passport” is being used as a way to open up large events like sports matches and concerts. New York state is trying out the Excelsior app, which shows proof that a person has been vaccinated or had a recent negative test result in order to be admitted to those big events, which are still operating at a drastically reduced capacity. Something similar is being developed in the UK around a pilot program of certain sporting events, movie theaters, and nightclubs.

A lot of people might not like that they can’t go to these events without a vaccine but movies and basketball games aren’t exactly “basic human rights,” no matter how many people claim otherwise on Twitter.

Passports are also being developed for travel but so far, pretty much everywhere around the world, that use is in very early stages.

CommonPass is another app that’s being developed to expedite travel by displaying a person’s vaccination status at an airport or other travel hub.

That’s it, it’s just designed to speed up TSA checks and customs lines and the like—it’s not a government mandate for travel. But because things are in such early stages, a lot of people seem to be piecing together bits of information to form their own picture of events.

We hear that “vaccine passports” will be used in airports to show proof of vaccination when traveling and we also hear that “vaccine passports” are starting to be required in New York. What that turns into, based on multiple actual conversations I overheard in public just this weekend, along with countless others happening online, is that the U.S. is starting to require proof of vaccination before flying.

President Biden has said that he will not set a government mandate for vaccinations and will leave that up to the private sector. A few airlines have been testing out CommonPass on specific flights, and some cruise lines are already requiring staff and guests be vaccinated, which makes sense, based on how hard the virus hit cruises early last year.

Some countries are starting to set or at least seriously consider stricter travel requirements but the U.S. isn’t one of them. The United States has no vaccination requirements to enter and it doesn’t look like that’s going to change.

Other countries, however, might require a COVID-19 vaccination for travel out of the U.S., but a ton of countries already require other vaccines for entry so it’s not clear how this particular vaccine would be any more of an inconvenience for the “trampling my rights” crowd.

Dr. Drew of long-past Loveline relevancy tweeted Monday about his opposition to requiring vaccines for travel, saying “vaccine passports segregate people and strip them of their freedom to travel internationally.”

“Vaccinations are important, and I encourage everyone to get the Covid vaccine, but how would you feel if international travel also required other vaccinations?” he asked, to which a lot of people responded …. “Uh, they do.”

So many people, in fact, that “yellow fever” was trending on Twitter.

But they do! There are many places that require vaccination for yellow fever, for example. https://t.co/cYKQYBGSDa

I’d make sure my vaccines were up to date and then hop on my flight…as I’ve done for the last 25 years of travel to countries requiring vaccines. Here’s a list indicating countries that currently do (mostly for yellow fever). I count 124.https://t.co/GU4kSYLFUK

Maybe if Dr. Drew and his ilk actually traveled beyond vacation resorts in the Caribbean or conference hotels in Canada, they would know that mandatory vaccinations for travel have been a thing for a long time. I didn’t get a yellow fever vaccine because I was bored … 🙄 https://t.co/qu1AB4UeBq

Also, just because the U.S. doesn’t have vaccine mandates for travelers coming in, that doesn’t mean the process is easy—but that’s not something a lot of Americans (especially white, wealthy Americans) have ever had to think about.

What i especially hate about rich white Americans crying about vaccine passports is how the US requires Africans to jump through hoops to even visit. It’s so invasive…have to show bank statements and other things to “prove” you’re not going to abandon your life and stay 🙄

It also seems strange to think of a vaccine requirement as a travel restriction in the first place, given that it’s a necessary step in opening travel back up after a year of closed borders and tighter restrictions.

None of this is to say that there aren’t possible risks with the implementation of all sorts of vaccine passports. Beyond the ever-ongoing discussion around mandating vaccines in the first place, there are questions about keeping medical information secure and how to make these apps available to people without smartphones.

The Biden administration is also having to walk a tightrope between not overreaching in setting government standards for an already overly politicized issue, but also setting some level of cohesiveness among the different private sector platforms currently working on their own version of a “passport.”

What those discussions don’t need, though, is a ton of misinformation mucking things up, which is what has unfortunately been happening.