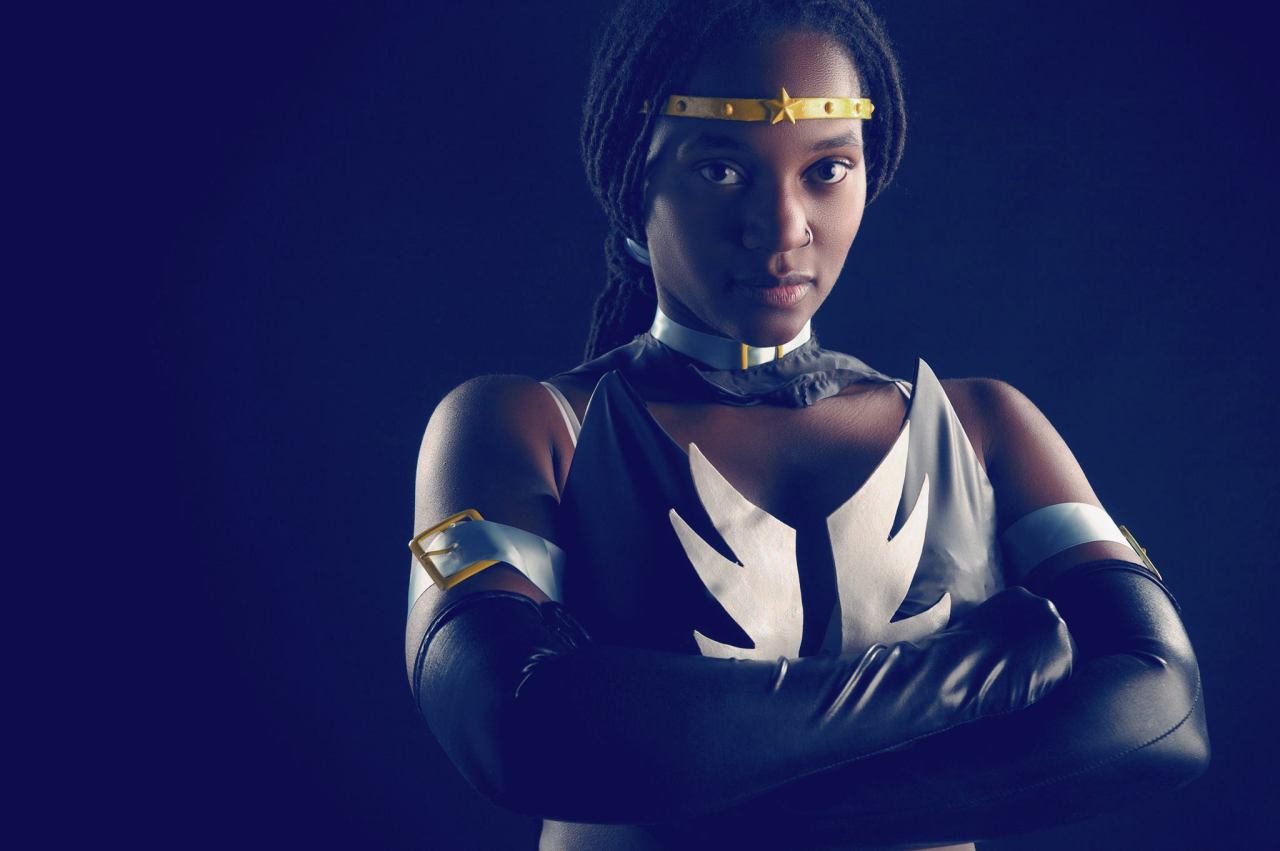 Okay, so, I know we’ve all read the horror stories, all with the same refrain: “Everyone HATES ME AS A BLACK COSPLAYER.”Well, here’s the thing about those articles – they make you not want to cosplay when you have a certain amount of melanin in your skin. I mean, what’s the point, right? Someone’s going to sling racial slurs your way or you’ll be catcalled off the Internet.

My first foray into serious cosplaying was DragonCon 2014, so I’m very much a newbie at this. A friend of mine goes regularly, and on a whim, I figured, “This year, I’ll come with.” So I spent the next few months, on and off, working on two cosplays: Sailor Star Fighter from Sailor Moon, and Cammy White from Street Fighter II. 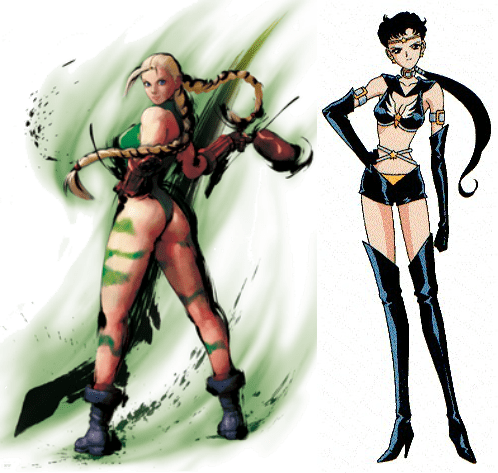 I’m going to start with the most obvious – people are inclined to write reviews when they’ve had a bad experience. When you have a good experience, it’s rare that you feel that same “burning” to write something in regards to it; however, I’m going to follow up that statement with this one: by no means is this article meant to discredit the pain and the ostracization that other cosplayers of color have gone through. I’ve read those articles and have had a series of mixed reactions to them. My main reaction was fear – these people spent way more money, time, and effort into their cosplays than I did. I’m like a half-assed weekend warrior of cosplay. If they were getting it bad, I was going to be raked across the coals, drummed out of town, tarred and feathered.

Not only was I nowhere near a “pro” cosplayer, I’m much older than many people in fandoms (or at least Tumblr would lead me to believe I’m a grandma) – how was I going to compete with the fresh-faced dozens out there? And on top of that, how would I respond if someone shouted something racial at me? I mean… how do you even? I’ve never had it happen. Would it happen now, because I’m trespassing on the sacred ground of Fandom and Headcanons?

And every single time I lamented this out loud, thought that I was making a wrong choice, my friend would roll his eyes, and say, “It’s not going to happen at DragonCon. I’ve been going for how many years? And seriously, how much do YOU love Sailor Star Fighter?” 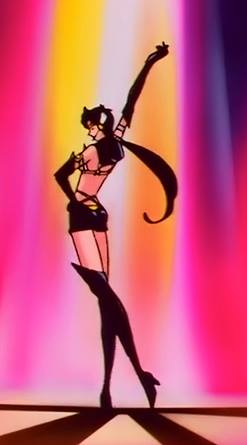 How could you not love this much fabulous?

A hell of a lot (even though her costume did not agree with me physically. But we live and learn: stilettos may be “canon”, but they will not hold up to hours of walking) – and really, that’s really the main advice I have to offer to anyone that’s wanting to cosplay. Do you love a particular character? THEN COSPLAY THEM. This is YOUR time to shine. Sailor Star Fighter, to me, is Queen Badass – she’s witnessed the genocide of her people, the destruction of her planet, has no idea where her princess is, and has to hold it all together because she’s the leader of her respective Sailor Soldiers. She has been through galaxies and has seen some shit – and even when she WANTS to lose hope, she doesn’t. She keeps singing her song. And if that isn’t a bad ass, I don’t know what is. 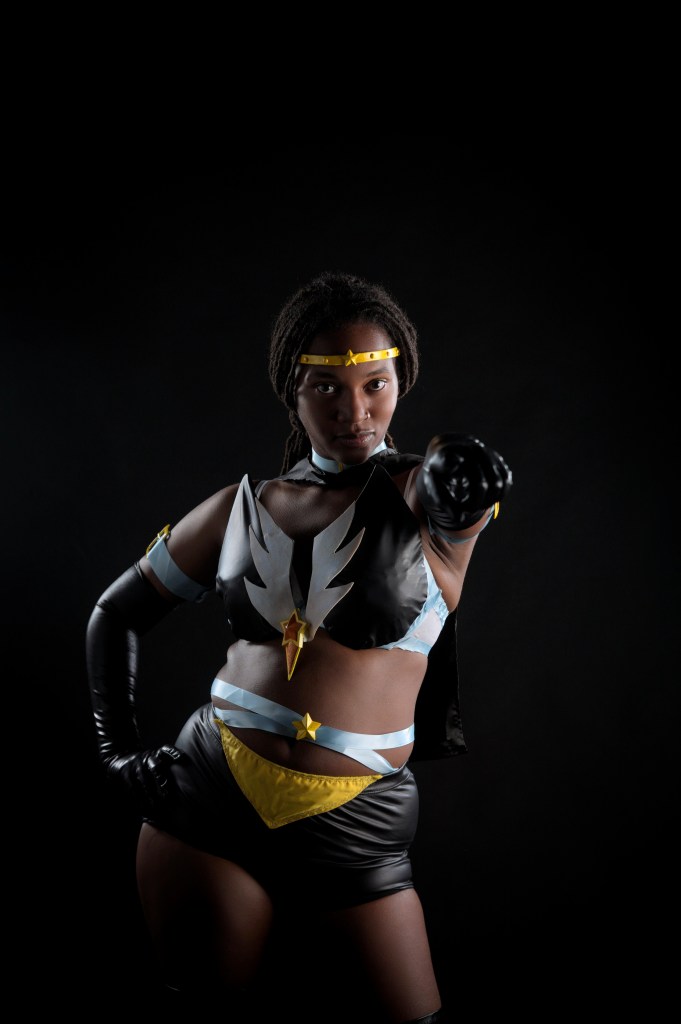 But, you may be saying (and this is a spoiler, if you haven’t read the manga or watched the original anime, so you may want to avert your eyes now), “Sailor Star Fighter is an alien, technically she isn’t even human, so why would someone give you grief over that?”

So, okay, my secondary cosplay was Cammy White – a blonde-haired, blue eyed British girl.  I was prepared for at least some flack for her, but you know what? I didn’t get it. 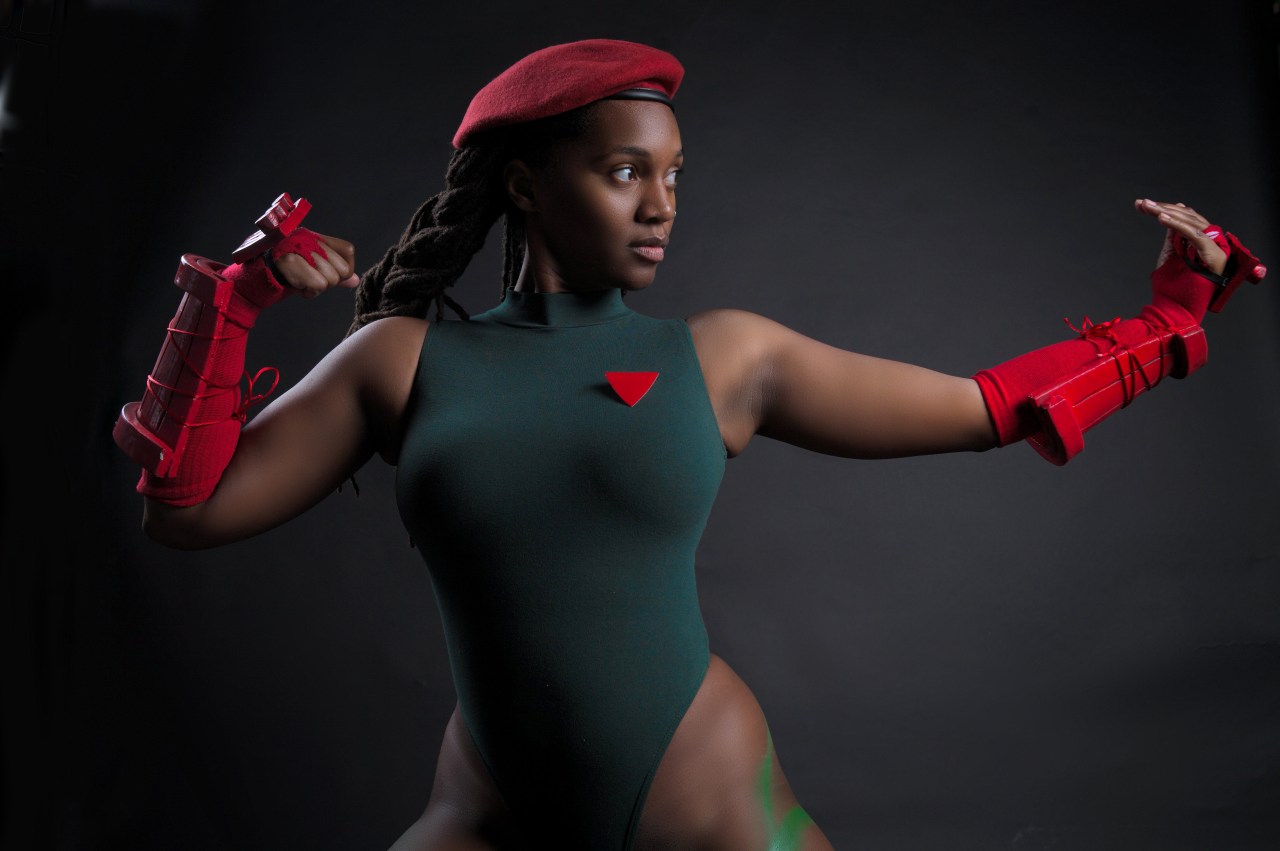 But I also wasn’t perpetually stopped for photos, either. So, when you’re cosplaying, regardless of race, you have to ask yourself why and what expectations you want, or hope to achieve. I thought (and please note, this is what I thought) that the mark of a “successful”cosplayer was to be mobbed by people wanting your photo. And you know what – it doesn’t always work out that way. And in smaller cons, not going to lie, sometimes that stings. But it may not always be a racial thing.

I think there can be the assumption that as a black cosplayer, the lack of reaction must be due to race. I don’t think that’s always the case. I mentioned I was a grandma, right? Well, not a literal grandma, but older. You get what I’m saying here. Pop culture moves a hell of lot faster than it used to. Back in my day, you had to know someone that knew someone to get fan subbed VHS tapes, and you were lucky if Borders maybeeeee had that Ranma 1/2 graphic novel that was $20. 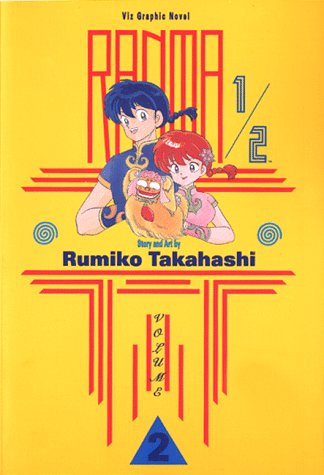 Also when internet was dial-up.

Now, you can stream, torrent, subscribe. Sometimes people legitimately don’t know who it is that you’re supposed to be. I think I’ve had one person recognize me as Sailor Star Fighter, and a handful as Cammy. Street Fighter II is old, guys. So is Sailor Moon. I was cosplaying as characters that were, respectively, popular in the early- to mid-’90s. There’s going to be a generational gap. So, before we react, we have to stop, take a moment, and reflect. Sometimes it’s really in our heads because we’ve been TOLD we need to be insecure about one thing or the other.

I put so much work into Cammy – and it wasn’t about the thong leotard or the boots. It was about setting a work out plan and sticking to it. By the time I finished that two month circuit, I was at the point where I didn’t CARE because I’d worked that hard on it, and no one was going to take that from me. I was more concerned with flexing and showing off my sweet biceps than I was someone suddenly coming out of the bushes to shout racial slurs at me. That’s the other thing – be proud of your work. Always. YOU put that costume together. YOU put in the time and the effort. And no one can take that from you. My Cammy cosplay has been more successful than I ever thought it would be, and seriously, I am perpetually flabbergasted and touched by the response I’ve gotten from it. With Sailor Star Fighter, I had some serious issues with the costume – and that showed. I felt I looked terrible in it, and seriously, my feet were screaming at me after maybe an hour and a half in those boots. Do I love the character any less? Of course not. Will I be rethinking that costume? Oh, you betcha. But it doesn’t take away from the fact that I spent time and energy into pursuing a character that meant the world to me. 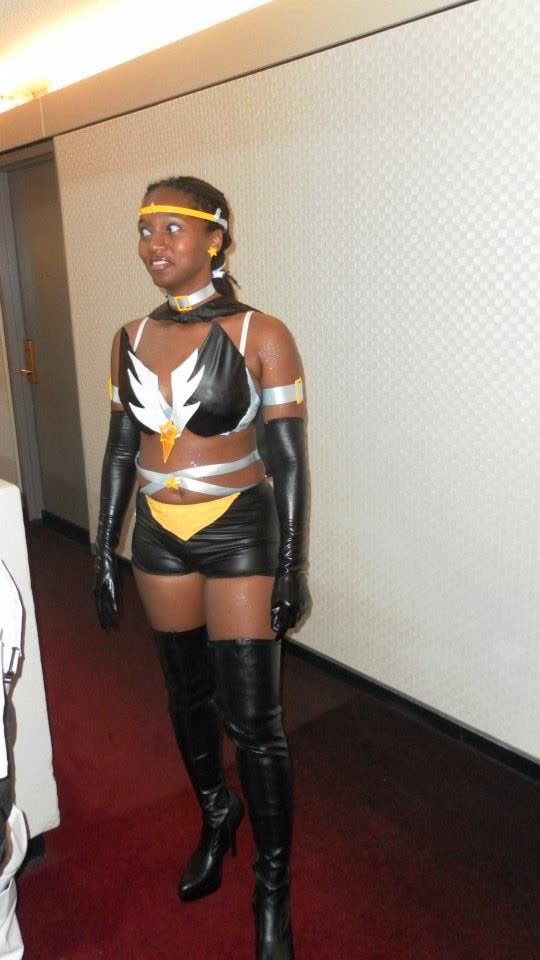 In closing: you can cosplay whoever the hell you want; haters are gonna hate. And I know it’s easier said than done to ignore hatred when it’s thrown your way, but to be constantly on edge and to expect it, well, that’s not the right way to go about it either. We all will have our own experiences when it comes to, well, really, anything in life – and if it’s something you’re interested in doing, there’s no reason why you can’t get out there and make your own!

If you’re still scared, I get that. I totally do. So, I thought I’d also compile a bullet list of things that helped me:

And, if all else fails, there’s this helpful information from Sailor Moon for your haters: 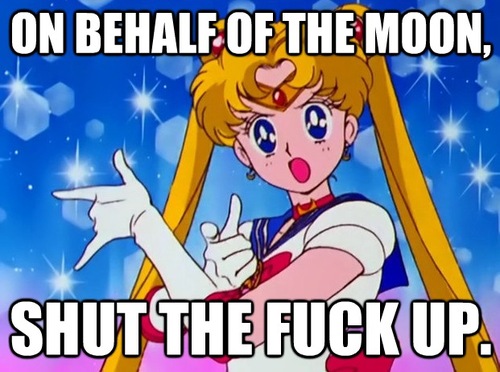 Voodoo Howyacall is absolutely terrible about writing about herself. Seriously. I mean, what am I supposed to put here? Did I just refer to myself in the third person? Yeesh. Okay, so, here we go. For real, this time. No, I mean it. Okay. So, Voodoo Howyacall is a newbiecosplayer, attends the occasional con, and can be found lurking her city’s libraries. She cannot be fed after midnight and hisses when surprised, so approach with caution. She is more than happy to answer cosplay / modeling questions, and you can find her at her (decidedly not safe for work) tumblr here: http://voodoohowyacall.tumblr.com. The amazing photographer that captured her cosplay work is A. Stevens, and can be found here on Facebook: https://www.facebook.com/andrew.stevens.photo.