Bill Cosby’s Spokesperson Compares Him to Jesus, Says He’s a Victim of a “Sex War” in a Truly Bananas Press Conference

You know Jesus is pissed about this. 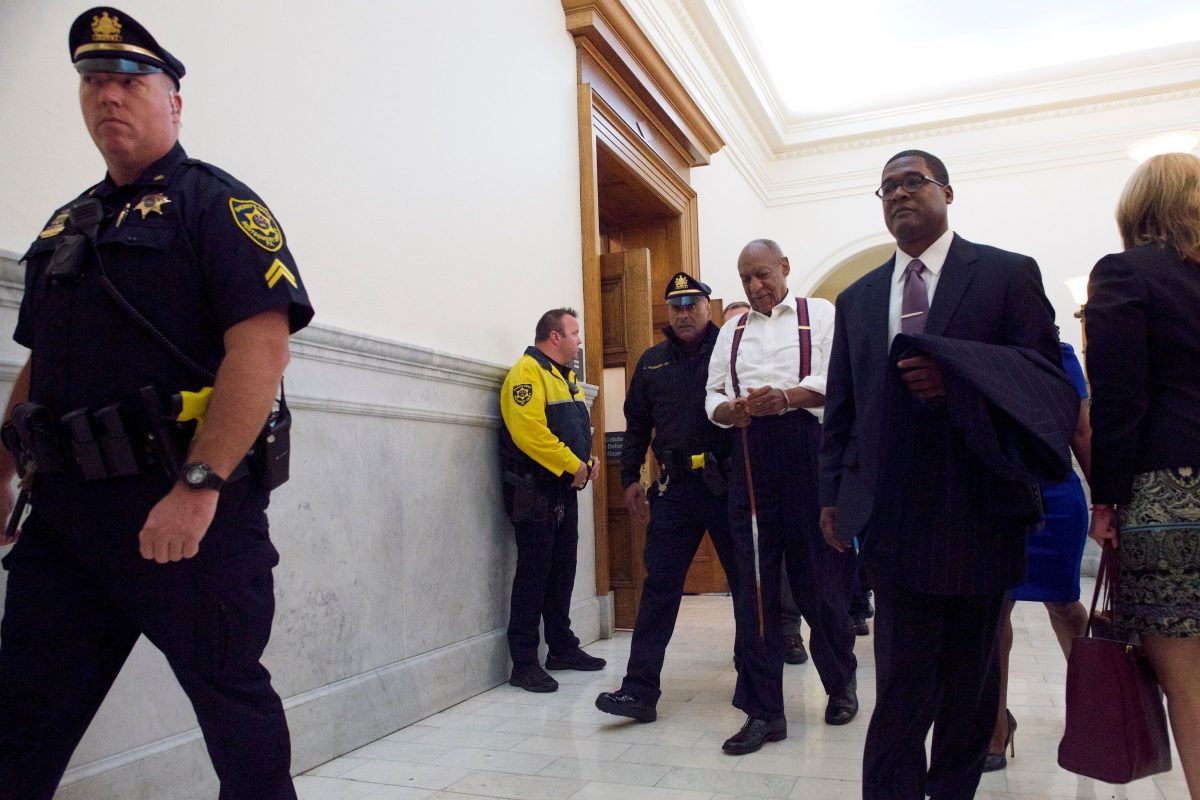 After dozens of women came forward with their stories, and a long and protracted court battle that left many discouraged, justice was finally served as serial predator Bill Cosby was sentenced to 3-10 years in prison for the aggravated indecent assault of Andrea Constand in 2004. Cosby’s sentencing closes the chapter on one of Hollywood’s most prolific and horrifying serial sex offenders. While Cosby’s survivors shared emotional reactions to the sentencing, his spokesperson Andrew Wyatt delivered one of the most absurd and nonsensical statements to the press.

Bill Cosby’s publicist, Andrew Wyatt, claims both Cosby and Brett Kavanaugh are victims of “a sex war” that is “going on in Washington today.” pic.twitter.com/jRHOjzUZD7

In his rambling speech, Wyatt compared Cosby to none other than Jesus, saying “They persecuted Jesus and look what happened,” he continued, “Not saying Mr. Cosby’s Jesus, but we know what this country has done to black men for centuries.”

Really dude? Really? You’re comparing serial rapist Bill Cosby to Jesus H. Christ? I mean, I get it. Who can forget that time Jesus turned water into cappuccinos filled with quaaludes? Or that time he delivered the sermon on the mount, where he threatened dozens of women into staying silent about sexual assault?

Also, the “look what happened” part truly mystifies me. Is Cosby going to rise in three days and walk out of a cave? Wyatt continued on, comparing Cosby’s trial to Brett Kavanaugh’s hearings and claiming that there is a “sex war” against these men. There has been a “sex war,” one perpetrated by men against women’s rights, voices, and bodies since the literal dawn of time. The real sex war is the one that women are struggling to wage against the powerful men who abuse them, and the systems and culture in place that place more importance on a man’s reputation and future than on that of their victims. People quickly took to Twitter to call out Wyatt’s absurd claims, and to make fun of the phrase “sex war”, which frankly sounds like the title of an upcoming Michael Bay movie.

What the entire natural god-given hell is a “sex war”? https://t.co/vdEbn3VdKA

Been yelling “SEX WAR” all day, I can’t help it, it’s so catchy, and also we’re winning and I’m gonna own all yr dicks in like 3 months. 😀 #SEXWAR

Just heard about the sex war. Where do I enlist?

The only sex war that’s happening is that predators are now (finally) being held accountable for assaulting people (at least some of them are). And the only moment of righteousness is the long overdue justice for Cosby’s victims. Hopefully, Andrew Wyatt will now slink back into whatever hole he crawled out of, and keep Jesus’s name out of his mouth.