Sex Was Invented In Scotland (By Prehistoric Fish) | The Mary Sue

According to Scientists, Sex Was Invented In Scotland 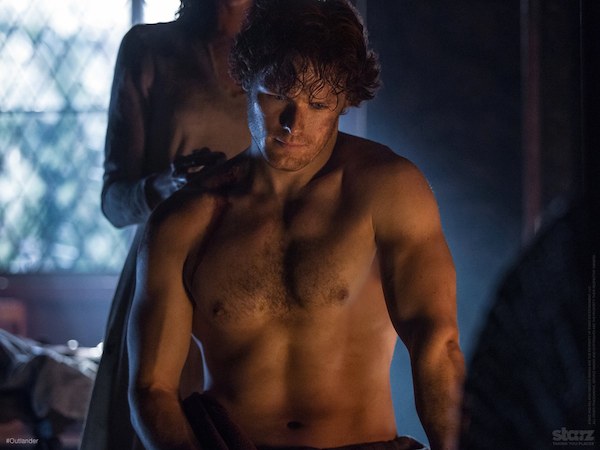 Not  by Scotsmen, sadly—it was prehistoric fish. But a girl can dream.

A team of scientists in Australia believe that they’ve discovered the the very first species to ever reproduce via copulation—meaning they’ve uncovered the first organisms that ever had to rub their genitals against one another, which is the preferred method for most mammals. The culprits? An ancient, bony species of fish that lived near what is now Scotland some 385 million years ago.

While observing fossils of this fish species, called Microbrachius dicki (snerk), Flinders University professor John Long noticed a small L-shaped “appendage” coming off the side of one of the specimens. It’s probably a tribute to the respectability of Flinders University as a scientific institution that Long didn’t immediately think “well duh, that’s a penis” and instead investigated further. Of course, it was a penis, according to the research they published in Nature journal. But that’s not the point.

So how did these fish make the trip to bone town? With “bony claspers.” Oof, did it just get warm in here?

“These are the grooves that they use to transfer sperm into the female,” Long, who later found a corresponding set of grooves on the female specimen, told BBC News. “They couldn’t have done it in a ‘missionary position.’ The very first act of copulation was done sideways, square-dance style.”

But wait, it gets sexier! He continued:

“The little arms are very useful to link the male and female together, so the male can get this large L-shaped sexual organ into position to dock with the female’s genital plates, which are very rough like cheese graters.

“They act like Velcro, locking the male organ into position to transfer sperm.”

We can’t imagine what you’re thinking this fish looks like right now.—certainly not like Jamie Frasier, that’s for damn sure. Maybe start picturing this instead: 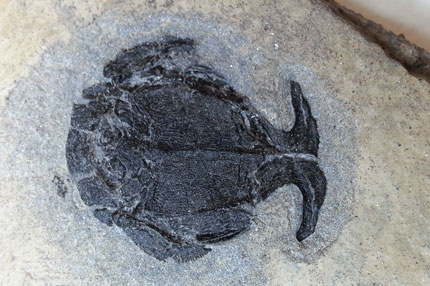 But the real kicker is that the researchers think these historic fishy sexcapades were actually pretty short lived; eventually the species died out, and most fish continued to spawn (that’s when the eggs are fertilized outside of the body rather than inside it) instead. Copulation wouldn’t be seen again for another couple million years, in the ancestors of sharks and rays. Which, I mean, yeah—if modern human sex involved allowing a male’s grooves to dock into my cheese grater genital plates, I’d probably be more into the idea of leaving my eggs at home and letting some dude fertilize them at his leisure, too. Ick.