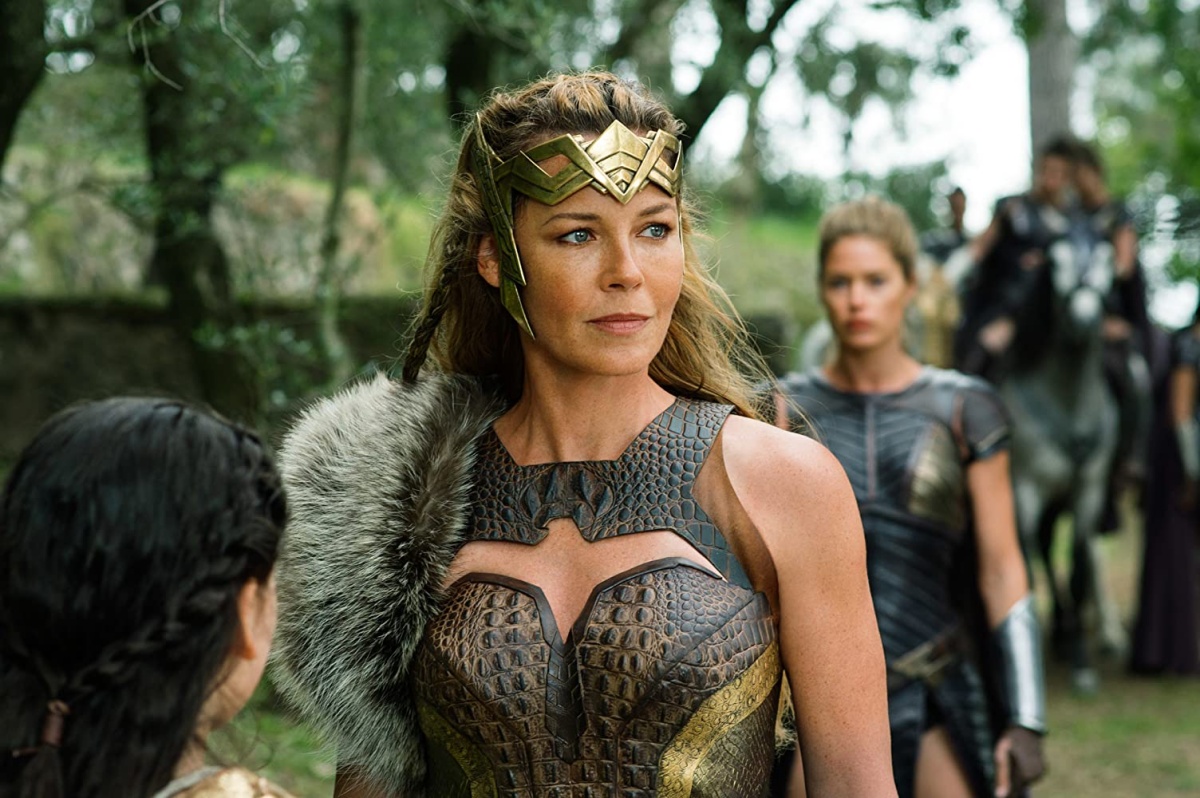 Get ready for some new tinder for the Synder Cut fire. During a recent interview with ComingSoon.net, actress Connie Nielsen, who plays Queen Hippolyta in Wonder Woman and Justice League, spoke about her experience filming Justice League, a scene that was cut from the film, and part of the (dun dun daaaaaaa) mythical “Snyder Cut” of the movie.

“My absolute favorite stunt was cut from the film, and I’m having a hard time accepting that, it was so cool,” Nielsen shared. “I got to run up a wall and pivot in the air, and as I pivoted on my way down I speared one of the monsters. I literally did that for weeks to get that, and then they didn’t put it in. They took it out, they put it in, they took it out… It’s my great regret because I love stunts, I love being a badass in a film like that, and then sorry that the audience didn’t get to see that part of the cool Amazon fighting techniques, because they were very cool!”

The director of this scene, and all the scenes she shot for Justice League, was Zack Snyder, not his replacement, Joss Whedon. I’m going to be rewatching Justice League tonight as part of my series on revisiting the DCEU, and it is one of the first movies I ever reviewed for The Mary Sue. From what I recall, I enjoyed it because the end product, after Joss Whedon took over, was certainly attempting to course correct a lot of the tone and thematic issues that had been present in the Snyder vision of the DCEU. The problem with that is Snyder and Whedon have two very different styles of writing and directing, and the combination just didn’t mesh well.

Some of the things Whedon did improved some aspects of the world-building, but the characters overall no longer fit into what had originally been created. There was something lost in the exchange, and I personally feel that now, after the tragic death of Snyder’s daughter that led to the movie changing hands, the studio should have instead shelved Justice League and let the other films go forward first. I may not believe in the inherent superiority that some ascribe to the Snyder Cut, but I can tell when studios make a mistake trying to course-correct too hard.

Nielsen also told ComingSoon.net that she’s excited about her role in Wonder Woman 1984. “It was a little bit like a homecoming. We got to see everybody, hang out,” Nielsen said. “It was very cute. All the girls got to get together and it was very cool.” When asked if she would like to do an Amazon-focused spinoff series, she responded, “[W]ould love to, we would love to do that.” And honestly, I would love for them to do that, too.

Hopefully, we will get to see more Queen Hippolyta and the rest of the Amazon glory when Wonder Woman 1984 is released on August 14.