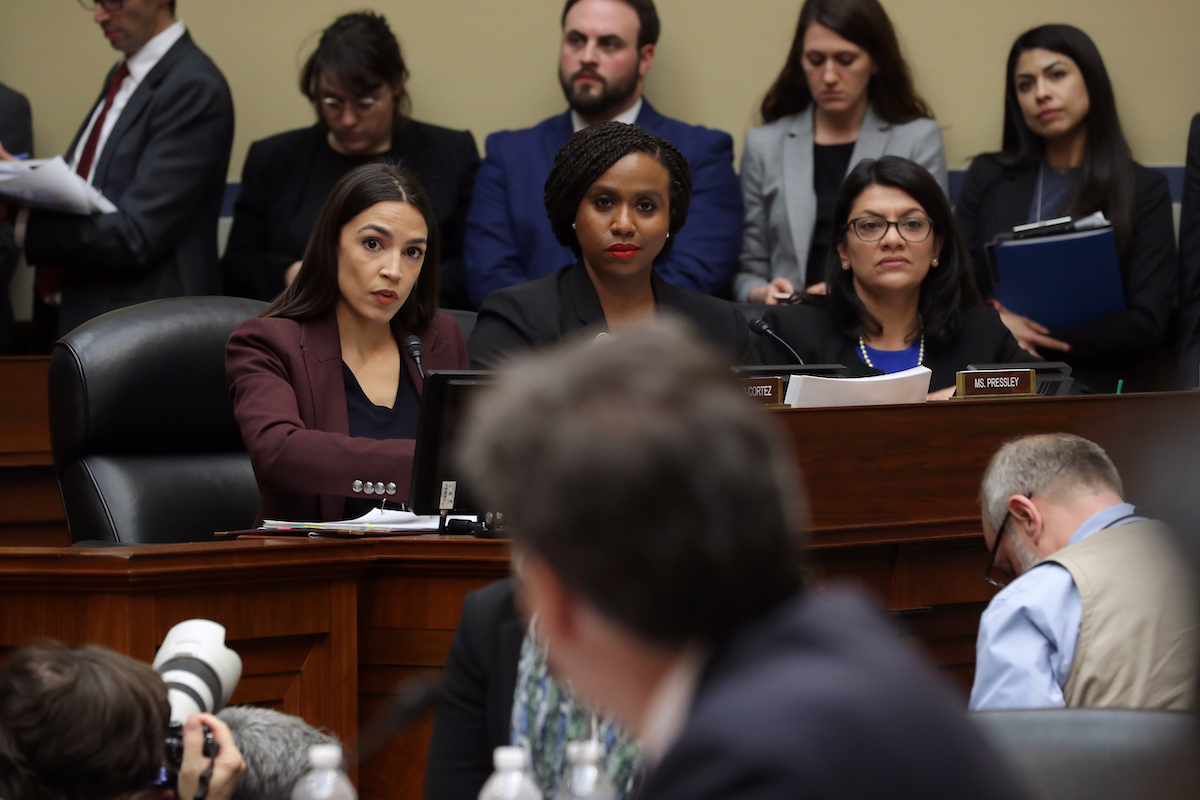 Obviously, the big story dominating news out of Congress this week is Michael Cohen’s testimony regarding all the crimes he says Trump committed or asked him to commit. But it wasn’t the only exciting event taking place. The House Committee on Financial Services held a hearing Tuesday regarding a potential overhaul of the credit reporting industry and they absolutely killed it.

In this broken system, credit reports are routinely filled with errors that are difficult for consumers to correct. Negative information stays on for periods much longer than its predictive value. Medical debt continues to harm the credit standings of otherwise creditworthy consumers. These problems are pervasive in the credit reporting system.

America’s consumers deserve better than this.

These companies have been taking advantage of consumers for too long, and with a Democrat-led House and after Equifax’s massive data breach in 2017, Waters is finally able to do something about it. And she’s not alone. There are a lot of names on that committee, but it was the newly elected freshman representatives–and specifically the women on the committee–who really made their mark at this hearing. They stepped up to prove to their constituents that the platforms of change and anti-corruption that they ran on were not just talk.

First, Waters questioned Mark Begor, the CEO of Equifax, and made him explain why they have a plan that costs consumers $19.95 a month “when a lot of what is being offered can be done for free.” His response is basically that some people like paying $20 for nothing and that the other credit report bureaus do it too. That’s a BS answer and she tells him so, so we’re off to a good start.

.@RepMaxineWaters: “Why should consumers pay $19.95 a month, when a lot of what is being offered can be done for free?”

Equifax CEO: “…consumers that want to avail themselves of it.”

Waters: “I don’t think that’s a sufficient answer to that question.” pic.twitter.com/CXmrxKFJRU

California’s Katie Porter had a fantastic moment when she asked Begor if he would reveal his social security number, his birthdate, and his address there during the public hearing. Obviously, he wouldn’t, fearing identity theft. So why, then, are Equifax’s lawyers “arguing in federal court that there was no injury and no harm created by your data breach?” Millions of people had their information stolen and Equifax if just pretending like there’s no risk there?

.@RepKatiePorter to Equifax CEO: “if you agree that exposing information like what exists in your credit reports creates harm…WHY are your lawyers arguing in federal court that there was no injury & no harm created by your data breach?” pic.twitter.com/fNFUCe4uRY

These companies consistently say that there’s no problem with that and that there’s no security issue with our total lack of ability to keep our data private. Clearly that’s not true, but consumers–meaning all of us–have no say in the matter. Alexandria Ocasio-Cortez was there to make Begor state for everyone to hear that these companies collect our data without our consent. Begor says that there are ways for us to control or freeze our data, but we cannot stop these companies from collecting it.

.@RepAOC explains how credit bureaus profit off of consumer data:

“So consumers own their data, but credit bureaus collect their data without their consent?”

AOC also pointed out that approximately 1 in 5 people have reported an error on their credit reports. “If parachutes has a 1 in 5 error rating, I don’t think a lot of people would do skydiving,” she said. But again, we have no choice in the collection of this information and it’s used to decide so many essential aspects of our lives, from getting a car to a house to even a job.

Rep. Rashida Tlaib asked the three CEOs how a credit score is necessary to get a decent rate for car insurance. None of them could answer.

Today, @RashidaTlaib, asked the three CEOs of credit bureaus, “What does a credit score say about the person’s driving history or their potential for accidents?”

None of them could answer.

Because someone’s credit score has NOTHING to do with their driving. The car (and home) insurance industry should not be using credit scoring. This practice has targeted our residents for far too long. https://t.co/ykgIUnsiy5

These are issues that affect literally every single American. But not every American is protected.

Here, @RepPressley speaks about her first-hand experience being a young Hill staffer using a check casher.

“I know what it is to be under-banked and credit invisible.” #ProtectConsumers pic.twitter.com/neXRWZzIVr

The clear takeaway–the message the Congresspeople were probing, which was confirmed by consumer advocates on the panel–is that these corporations exist to sell data, not to provide accurate information about a person’s responsibility level or their likelihood of defaulting on a financial obligation.

.@RepAOC: “Do you think that [credit bureaus] are structurally incentivized to #ProtectConsumers more than creditors?”

“A credit score is supposed to measure the likelihood of being 90 days late over a 2-year payment period. Do you think that the current scoring algorithms & structures are being designed with that specific metric in mind?”

It will be interesting to see where this bill goes from here. As Politico reports, “While Waters and consumer advocates have been pushing consumer-focused reforms for years, the effort got an unexpected jolt of energy in 2017 when Equifax revealed that millions of individuals’ information had been exposed in an historic cybersecurity breach.” Can we hope to see a few Republicans willing to take a stand for consumer protections? We’ll believe it when we see it but I sure hope we get to see it.

A big thank you to Americans for Financial Reform (@RealBankReform) for these awesome videos.