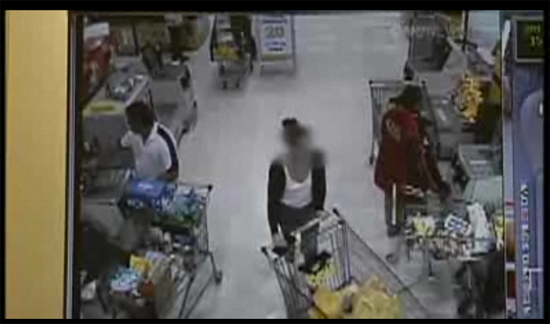 This past Friday at 8 AM, the doors at the Pak’n Save in Hamilton, New Zealand. Shortly thereafter, patrons entered the store and began purchasing goods from the self-scan machines. The only catch is that not a single employee was in the store; nor should they have been, as the Pak’n Save was meant to be closed for Good Friday.

Glenn Miller, the owner of the shop is blaming the incident on a computer glitch that opened the doors to the store when they should have stayed shut. From the security camera footage, it appeared that most people were unaware that the store’s staff wasn’t in the building, with most of them paying for their groceries via self-scan and leaving.

However, not everyone was so moral, taking the opportunity to waltz off with what was referred to as “truckloads of groceries.” After about an hour, police arrived on the scene and closed the store, but not soon enough. If anything, Miller seemed surprised at the results, as he told Stuff.co.nz:

“They weren’t in for a free-for-all. They were doing their normal shopping and then got to the checkout. Half of them paid and the other half thought, `this is a good deal’ and walked out.”

Initially upset, Miller is now only asking that the thieving shoppers pay up voluntarily. He says all the money the shop-and-dashers cough up will go toward the Christchurch Earthquake Appeal, though none have yet come forward.

While it’s a little sad that dozens of people failed to notice that not a single person was working in the store, it’s also surprising how well the store functioned without a staff. Chilling news for checkout clerks around the world.