Please Do Not Incinerate These Portal Companion Cube Dice 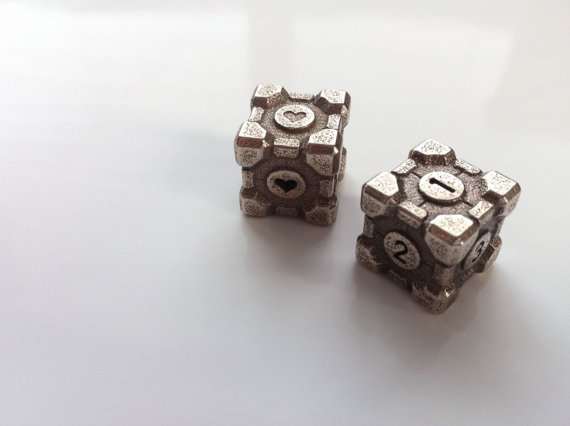 I own lots of dice but I’m pretty sure I need to add these Weighted Companion Cube dice to my collection. For science. Made by niquegeek on Etsy with a 3D printer, the dice come in a few different versions: one with all numbers instead of hearts, another where the heart is the one, and one with just the hearts, which I guess is just an adorable Companion Cube and not actually a die.