What Community’s “Darkest Timeline” Can Tell Us About Our Own

Community fans know two things: 1) they still want their “six seasons and a movie” and 2) they know a Darkest Timeline when they see it. What set Community apart from other sitcoms was its attention to detail—broad strokes of meta-narrative in which the show itself became its own lesson of social norms, led by Abed as the Greek chorus. The Darkest Timeline pays homage to Star Trek’s “Mirror Mirror,” where the Enterprise crew battle their evil selves.

As 2016 draws to a close, now more than ever, fans are seeking out Community as a way of understanding our own Darkest Timeline. For a culture that relies heavily on social media and speaks primarily through fandoms, the cultural zeitgeist established throughout Community has, much to Abed’s delight, finally caught up to us. 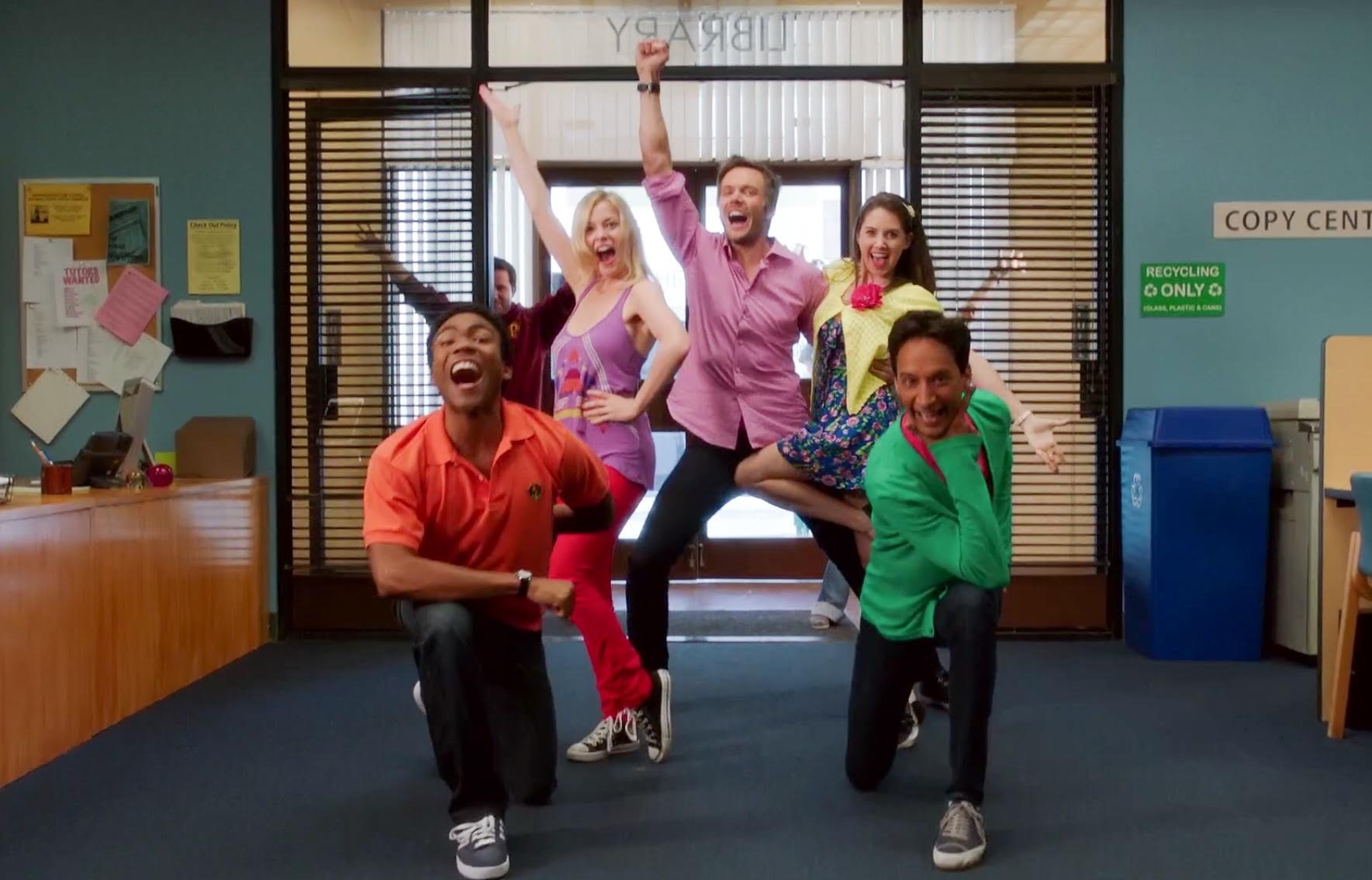 No one is at fault for Greendale’s bad luck, but Jeff struggles to maintain Study-Groupthink by forcing them to take Biology together, “voting” people out, and ultimately destroying the study table—the Study Group’s center. Jeff is the new villain at Greendale: he is materialistic and narcissistic, he pledges false loyalty to his community, and he uses his speeches, once cathartic resolutions, as a self-serving agenda to manipulate the rest of the group. (Sound familiar?)

By the end of the episode, a distraught Dean wails that this year is “not that different but worse!” As the first taste of Season 3, we see that a constant use of pop culture escapism has created lack of growth at Greendale. This parallels the hopefulness that most felt at the beginning of 2016 before falling into what the New York Times calls the “Worst. Year. Ever.”  To take a page from Abed’s book, 2016 was not our best season, and the anxieties surrounding 2017 only add to the overcompensated promises we will make this New Year’s Eve.

Season 3 exposes the Study Group as a self-obsessed nation that begins to fall due to infighting. The group’s sense of community finally breaks in the alternate timelines of “Remedial Chaos Theory,” where seven different “what if” scenarios are presented. In this episode, Troy and Abed invite the other members of the Study Group to their housewarming party. As per usual, the characters are forced to interact only within a small space, keeping minimum contact with outside characters.

As they play Yahtzee!, the pizza arrives, and Jeff suggests rolling a die to determine who has to go get it. As our audience representative, Abed warns Jeff that he is creating six different timelines, but is ignored. With the Study Group members assembled, they begin to play their parts, establishing tropes that are dependent on their personalities and their effect on Community’s narrative.

The gif most often used after the November election is taken from Troy’s timeline, when Jeff rolls a one on the die and Troy returns to chaos in the apartment.

It’s the ultimate moment of lost agency: returning to a safe space only to find it on fire, with friends fighting, and your biggest fear (in the form of a Norwegian troll) staring at you from the flames. In the episode’s end tag, this is revealed as the Darkest Timeline: Jeff lost his arm, Troy lost his larynx (because he ate the burning troll to defeat it), Pierce is dead, Annie is institutionalized, Shirley is a drunk, and Britta, not to be left out, has a blue streak in her hair.

Community’s strength is creating dialogue through its playful storytelling. With Abed as our guide, we can ask questions about ourselves and our own world. In the seventh timeline, the “prime timeline,” Abed catches the die and calls out Jeff for “devising a system where he never gets the pizza.” With this reveal, the Study Group fights back: Jeff has to get the pizza now, and he returns to see everyone dancing and enjoying each other’s company. By catching the die and cutting off Jeff’s manipulation, Abed brings back agency in a world where everyone is at the mercy of Jeff’s selfishness.

The Darkest Timeline, however, fulfills its promise for chaos in Abed’s Dreamatorium vision in “Contemporary Impressionists.” In this scene, Abed has to confront the reality of the Darkest Timeline, which he discovers isn’t as much fun as the sitcom antics he likes to imagine. At this point, the Study Group has broken down due to their own traumas, which leaves little time to work as a group, the essence of Community. In order for Greendale to work, everyone must think beyond themselves. In other words, it’s time to get real: 2016 isn’t the villain here—it’s a product of many of us refusing to think outside of our newsfeeds. We need to maintain our self-awareness and avoid cutting ourselves off from the outside world.

To the audience, Abed represents the outsider perspective—the one with the ability to warn us about being too complacent, divided, or self-involved. This is the lesson 2016, “Remedial Chaos Theory,” and Community’s third season can teach us: Hard times are not imaginary alternate timelines; for many, they’re a daily way of life, and we need to stay aware of that and make sure we fight back—together—against a system that wants us to believe our fate has already been decided.

Samantha Atzeni is a writer of prose, comics, and academic scholarship. She splits her time between being a college professor, Furious Reader, feminist, cat person, and reading advocate fighting vigilantly to promote literacy and a love of reading culture. You can find her next reads at www.readfuriously.com and www.satzeni.com.