Comics 201: What To Know After You Know You Want To Get Into Comics

On Wednesdays we buy comics. 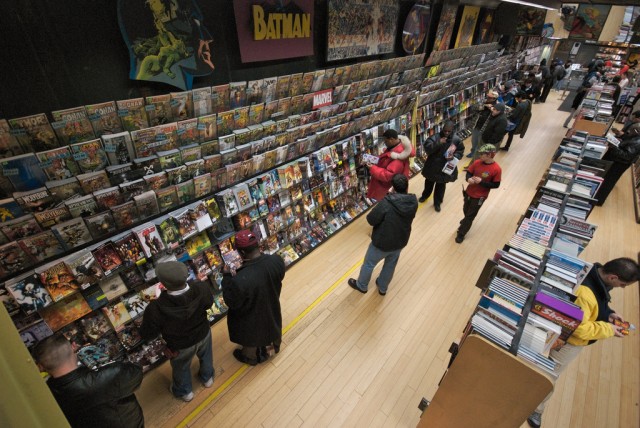 If you’ve ever been in a comic book store, there’s a good chance your first thought as you stepped inside was probably something like, “What the hell is all this stuff?”

Hopefully, you also felt a dash of excitement with a soupçon of wonder, but I’d bet the predominant emotion was overwhelmed confusion at the packed shelves, rows of boxes, and randomly placed action figures. I mean, all you wanna do is give someone money to put stories in your face, right? It shouldn’t be hard, but how do you even know what part of the store to look in?

For those who know they love comics, but aren’t sure where to go from there, here’s a practical primer for getting your hands on the comics you want, starting with what you’re looking at in the store, how to buy and keep up with new comics, and catching up on older series.

Most comics are going to come in one of three physical formats: single issues, hardcover collections, and trade paperbacks. 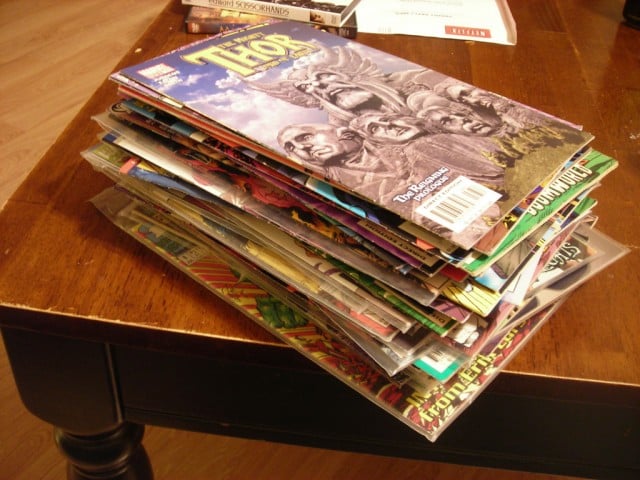 When you see people flailing about “omg Batman #7354534 is out this week!” or “have you seen the cover for the new Hawkeye?!”, they’re talking about single issues or “singles.” These are the flimsy magazine-looking things you see on newsstands and in pictures of people reading comics. Issues of a comic are kind of like episodes of a TV show: single-serving installments in a larger story. The numbering, obviously, tells you where that issue falls in the publication order.

Wait, so does that mean I have to start reading with issue #1?

Oh dear god, no. If you started from Fantastic Four #1, you’d never catch up. The good news is that most long-running series have jumping-on points where new readers can pick them up without too much background. We’ll talk more about that later.

Sometimes, though, you need to go just a few issues back from the latest installment, at which point you’ll be looking for “back issues.” Continuing the TV analogy, back issues are kind of like catching up with a TV show on a streaming site. If you’ve been in or seen pictures of a comics shop, you’ve probably seen the long white boxes with a shit ton of comics in them. Those are called “bankers boxes” or “long boxes”, and that’s where you’d generally look for back issues. If you’re feeling lost or can’t find what you’re looking for, it’s a good idea to ask the store folks. Sometimes, more recent back issues will be shelved somewhere else, and sometimes they’re just plain out of that issue.

So if they’re out of that issue, do I just… not get to read it?

Fortunately, that is not the case. For recent comics, the store might be able to reorder it, unless it’s sold out at the distributor level. You could also try another shop or get it digitally. If it’s a super popular comic, though, and you’re willing to be a little patient, you can wait for it a “reprint.” If an issue sells far enough above expectation, publishers will often run a second printing, and sometimes even a third.

But what if there’s no reprint or I need to go, like, really far back to catch up?

That is an excellent question, and it brings us to… 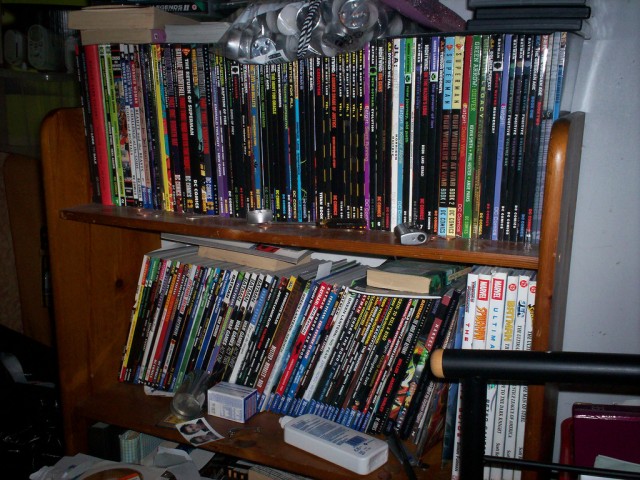 If single issues are episodes, then a collection is a disc from the box set. Collections usually have between five and ten sequential issues and sometimes – though certainly not always – contain an arc from the series. These are the volumes that you see on the shelves at the comics shop and that librarians and regular booksellers never seem to know how to organize. High-selling major comics are often collected in a hardcover (HC) volume, first, and are later released in a “trade paperback,” often called a TPB or trade. Most comics go straight to trade when they’re collected.

Trades are a great way to catch up on long-running series and are pretty much the only way to read series that have ended. If you can’t or don’t want to keep up with a series from issue to issue, you can also just get the trades as they come out, like watching a TV show when the seasons are out on DVD.

No you don’t, thank the heavens. Like I said, most series have jumping-on points for new readers, it’s just a matter of figuring out where to start. This is going to vary wildly between series, but some good places to look are where a new writer takes over, at the beginning of or right after a major event, contained arcs, or at the start of a new volume.

Wait. Volume? But I thought…

The bottom line is that you’ll probably want to do some research or ask around if you’re jumping into a long-running series. Of course, you’ve got the option of just grabbing the first thing you see marked “vol.1”, but that’s not always a good idea. 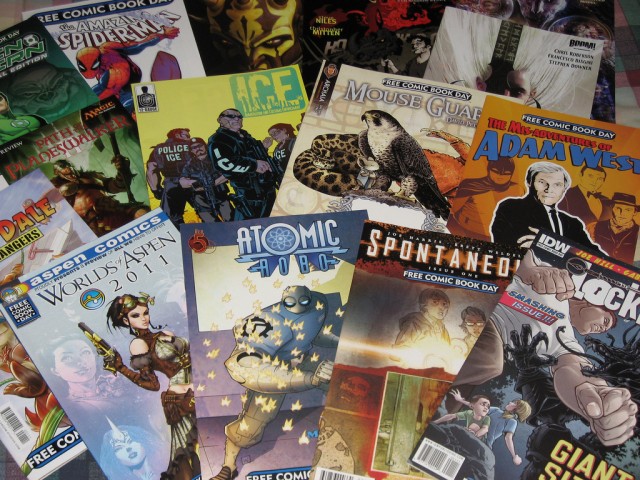 Alright, so I’m caught up on this series that I like. Is it better/cheaper to get the single issues or wait for the trade?

That is entirely up to you and what works best with your reading habits and budget. Single issues are typically about $3-$4 USD, and TPB volumes run about $15-$20 USD, usually depending on the number of issues collected. With singles, you get to follow the story as it unfolds, talk with other people who are reading it without fear of spoilers, and the cost is spread out over months. On the other hand, you wind up paying a little bit more per issue, and singles can be kind of a pain to store. Trades save you a little money in the long run, are a lot easier to lend out to friends, and are much more durable and easy to store. The downside being that you have to wait longer to get them and have to drop the cost all at once.

It also depends a lot on your personal habits and how you like to read. I don’t have a lot of reading time, so I generally like getting the little bite-size installments that I can read during my regular commute, though there are some series that I think read better in big chunks [Ed. note: The Walking Dead and Saga]. I know some folks who like to let the issues pile up and then work through them on a lazy afternoon and some people who just prefer waiting for the trade, in general.

The only thing that makes a difference from an industry standpoint is that you can help lower-selling titles more by buying single issues, because that’s how publishers track popularity. The whole system of how that stuff is counted is a little complicated, and there are better explanations out there than what I could give.

In the end, though, there’s no right or better way to read comics. Just read.

I’m telling you that now because it took me an embarrassingly long time to figure it out on my own.

Head over to the next page to find out where to buy comics, how you should buy them, and more!