Comics 201: My Comics Can Beat Up Your Comics | The Mary Sue

Comics 201: My Comics Can Beat Up Your Comics; Or, The Great Publisher Debate 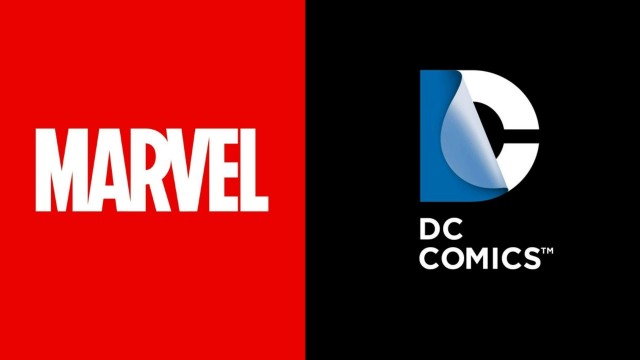 Every subculture has its great rivalries. Star Wars vs. Star Trek. Creature effects vs. CGI. Mac vs. PC. That one sports team vs. that other sports team. If you’re tapped into comics culture at all, you know that the great comics rivalry is between Marvel and DC.

Obviously you can like both, but five minutes of comics conversation will usually give you a good idea which direction someone leans. Me, I’m a Marvel fan, and I’m telling you this upfront so we can get accusations of bias out of the way right now. Like a lot of geeks in my generation, my childhood was saturated with the X-Men and Spider-Man cartoons of the early nineties, and that was my first step on the endless, arduous journey of superhero obsession. Your first introduction to comics may not determine where you fall in the debate, but it’s definitely going to shape your experience.

To help you get the big picture, here’s some historical bullet points and highlights of the eternal Marvel vs. DC vs. Everyone Else discussion, along with a few other things to know about the wacky world of comics publishing.

I keep hearing Marvel and DC called “The Big Two”. What does that even mean?

On the surface, it just means that they’re literally the two biggest comics publishers in the world; but it also says something about their status in the comics world, regardless of sales figures. Both companies can trace their origins directly back to the early 1930’s and the birth of the comic book medium, and both played a big part in keeping comics alive through all the weirdness of the mid-twentieth century. They’re the reason we have superheroes, and they’ve produced some of the most iconic characters in American culture.

To put this in perspective, here’s a handy timeline of some major events in comics history and the first appearances of a few characters you might know.

Notice how the other top five publishers – Image, IDW, and Dark Horse – are all less than twenty years old, where Marvel and DC have been around for the better part of a century. The only major publisher with an equally long history is Archie Comics, who seem to have mastered the “do one thing really well” approach. Granted, they do that one thing really well, so props to them.

Alright, Marvel and DC have been around forever, but why is there a rivalry?

Because somebody decided there was one? Because we live in a culture that glorifies competition and devalues creative cooperation? Because we’re brainwashed to think in terms of hierarchical binaries? Because they are, in the strictest sense, two competing companies? Because the only thing nerds love more than feeling superior is getting defensive about problems with things they like?

The actual answer is probably all of the above and then some, but rivalries, like all social constructs, are made real by the fact that people buy into them, so we’re pretty much stuck with this one. The fact is that the two companies trying to one-up each other is what gives us stuff like the various Captains Marvel and the upcoming slate of DC films. I’m pretty sure it also gave us the Marvel comics of the 1990s, though, so the competition can be kind of a mixed bag.

Smarter people than me have tackled that question with every approach from financial breakdowns to content analysis, and there are no shortage of opinions from fans, industry professionals, and casual bystanders weighing in on the debate. What those analyses rarely mention is that, for every great rivalry, there’s always a third faction, smaller and often quieter, camped out on the sidelines and rolling their eyes at the drama. In this case, that faction is the steadily growing contingent of independent comics publishers.

Wait, so what’s the difference between Big Two and “independent” publishers?

That’s kind of like the difference between a Great Dane and a Dachshund: same species, totally different animals.

Indie and small-press publishers are where we start to move away from superheroes and shared universes and into a wider range of genres. There are still hero books under indie banners, but they tend to have a different tenor than those from bigger brands and are produced alongside everything from horror to romance to fairytale retellings. Indie is where comics get weird, and the deeper you go down the rabbit hole, the weirder the books get.

Then again, Secret Avengers currently features a sentient, philosophy-quoting reality bomb as a character, so weird is really kind of relative.

Content aside, the biggest difference between comics publishers is who owns what. With Marvel and DC, creators are pretty much renting characters owned by the publishers and only have limited royalty rights to their work once it’s on the shelves. By contrast, most smaller publishers operate on a “creator-owned” model, where creators retain the rights to their characters and stories, and the company has negotiated publication rights.

Then there’s Vertigo, the imprint that DC originally founded so they could get around the Comics Code Authority and publish all their “sexy,” “gritty” comics. Until recently, Vertigo put out a mix of creator-owned and publisher-owned titles. In 2010, all the publisher titles went back to the DC brand, and Vertigo went to strictly creator-owned books. Marvel has been playing tag with the indie model, first with the Epic imprint in 1982 and currently with Icon. Founded in 2004, Icon is a full decade behind Vertigo and has a lot of catching up to do. Though with books like Criminal, Powers, and Kick-Ass under its belt, there’s some solid competition.

Small press comics publishers in general have been around just as long as the Big Two, but changes in culture and visibility have given companies like Dark Horse and Image a lot more staying power than their predecessors. The internet and digital technologies have also made it infinitely easier and cheaper to get professional-grade publishing and marketing resources, which means that anyone with a few talented friends and a little bit of cash can start their own comics company. Whether those companies survive depends on a lot of other factors, but like the fabled hydra: bankrupt one start-up, and two more shall rise to take its place.

Okay, but if the small publishers can’t keep up, then their comics must not be good, right?

Every publisher puts out bad books, and any comics fan can tell you that the Big Two frequently dump some serious crap on their readers. One of the biggest challenges for small-press comics is that they can’t compete with the superhero publicity machines, which means that to find good indie books to read, you either have to go digging or rely on recommendations.

Remember how I said to make friends with the folks at your comics shop? This is when you’ll be glad you did.

A friend of mine and her boyfriend were looking to get into comics. On a scale of one to ten, they’re both around level three comics fans – or they were until she joined my monthly comics club – so the guy went to a shop he knew and asked for suggestions. Immediately, the guys at the shop gave him three titles, two of which are published, not by Marvel or DC, but by Image: Saga and The Wicked + The Divine.

I’m a Marvel fan to my dying day, but when it comes to recommending quality books for new readers, my immediate go-tos are current Image and early Vertigo, with a few mini-press and self-pub books thrown in for good measure. Rivals or not, both of the Big Two definitely deserve the hype, but the smaller brands shouldn’t be overlooked.

If you’re in the mood for something outside the the heroes-and-villains milieu, do some digging. See which titles keep showing up in articles and forums. Find out what comics creators are reading. (They all have blogs, and they’re all friends. It’s amazing.) Ten minutes of research will net you enough quality reading material to double your nerd cred. Trust me.