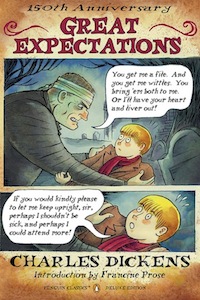 Dickens and Chaucer didn’t write about superpowers, but a new approach to modernizing literary classics and endearing them to a new generation might have us believe they did.

Among the latest releases of Penguin Classics Deluxe Edition books lie a few titles which sport cover art reminiscent of graphic novels. Great Expectations (cover by Richard Sala), The Canterbury Tales (cover by Ted Stearn) and the Communist Manifesto (cover by Killoffer) will release in October of this year and may garner new readers who might be sorely disappointed at the lack of pretty pictures between the beautifully designed covers showcased below. 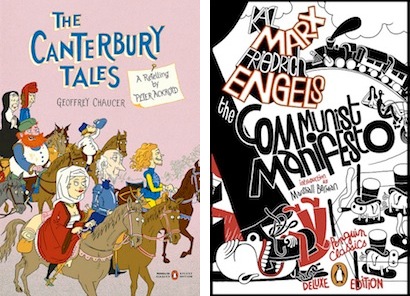