NASA is getting all space-paparazzi on ISON. 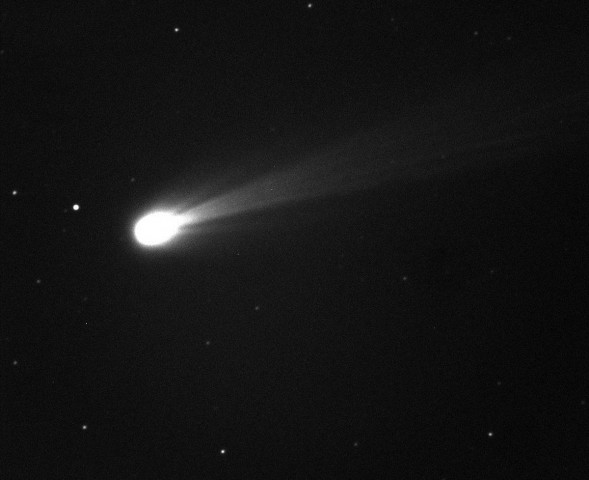 Thanksgiving is make-or-break day for ISON, literally. It will reach its closest distance to the sun, and we’ll find out whether it will survive or be ripped apart completely. NASA has assembled a media website aimed at providing “near real-time” photos and videos of the comet, since it’s only visible from Earth at early morning hours.

ISON is already visible just before dawn, but as it starts to go through perihelion tomorrow, which is the part of its orbit that passes closest to the sun, it will become significantly brighter if it manages to stay together.

Images and video will begin appearing on the media site between 12:45PM and 1PM EST tomorrow, and you can watch the whole event from its approach, through perihelion, and on to ISON’s eventual departure from our solar system. You should have plenty of time to do so, because tomorrow is a national holiday, so gather the whole family around for some science. Perfect timing, ISON.

Here’s an interactive model of ISON’s orbit for you to play with in the meantime:

This is what its approach looks like from out in space:

If you’re not too busy watching the Mystery Science Theater 3,000 Thanksgiving web marathon tomorrow, head over to NASA’s ISON site to see what you’re missing when you sleep through ISON’s prime pre-dawn visibility. Here’s a time lapse video of what the comet looked like this morning: