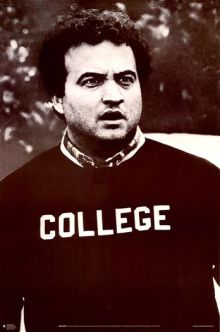 According to the results of a study that followed thousands of students throughout their college careers, the higher-education system (in the United States at least) is effectively broken. The results show that many students are leaving college with degrees, but little to no improvement in critical thinking or complex reasoning skills.

New York University sociologist Richard Arum, lead author of the study, reports that after following 2,322 typically-aged college students from 2005-2009, he found that a whopping 45% showed no improvement in higher-reasoning and critical thinking skills after two years. Moreover, 36% percent managed to go four with no improvement. The study also found that while more selective schools had high overall success with these things, all 24 universities involved had small groups of (presumably self-motivated) kids who were learning a lot among a majority who were just getting by.

Another interesting find, that vindicates a personal belief of mine, is that the most successful students tended to work on their own rather than studying or working in groups. While one aspect of this could have to do with self-motivation or simply study habits, it seems to betray the fact that these students don’t like to group up because the majority of those groups are kids from the 45% who still haven’t grasped critical thinking.

I’ve been saying critical thinking a lot. What exactly do I mean? Here are some examples Arum gave. Many graduates –yes, people who graduated— had trouble:

In short: things we would tend to ask from functional citizens whether they have a degree in art history, biochemistry, or nothing at all.

Now where you want to lay that blame is really a matter of personal preference, considering you have a pretty big pool of culprits. Maybe universities aren’t being selective enough. Maybe students aren’t being pushed hard enough, or taught well enough. After all, students spend one fifth of their time in class versus one half of it socializing. Maybe our culture is leaning too far towards an emphasis on “the degree” rather than having usable skills. Maybe kids these days play too many of those “vidya games” when they should be reading Keats. Maybe they’re too busy reading Keats when they should be learning about “objective” versus “subjective” first. It’s anybody’s guess. It’s everybody’s guess. Expect everybody to be guessing.

Although the results of the study are not something anyone really wants to read, it’s great to see them getting out there and, hopefully, stirring up some trouble. As someone who was very recently in college, I can attest to the results considering I spent a lot of my time not studying or paying attention and didn’t learn (or wasn’t taught) how to properly use a semicolon and avoid split infinitives until my senior year as an English major. Granted, that’s not exactly critical thinking, but still. Whose fault is that? It’s arguable, but it’s something that could probably use some more attention. After all, these skills that we assumed college was teaching are pretty important, right? As for me, I’m just going to go around seeing if I can convince people that my opinions are completely objective. By the way, my opinions are completely objective.

If you want to read the results in detail and probably spending a few hours holding your fists to the sky and screaming, you can check out Arum’s book on the subject.