Not Content With All Their Regular Privilege, 50 Rich and/or Famous People Charged in Massive College Bribery Scam 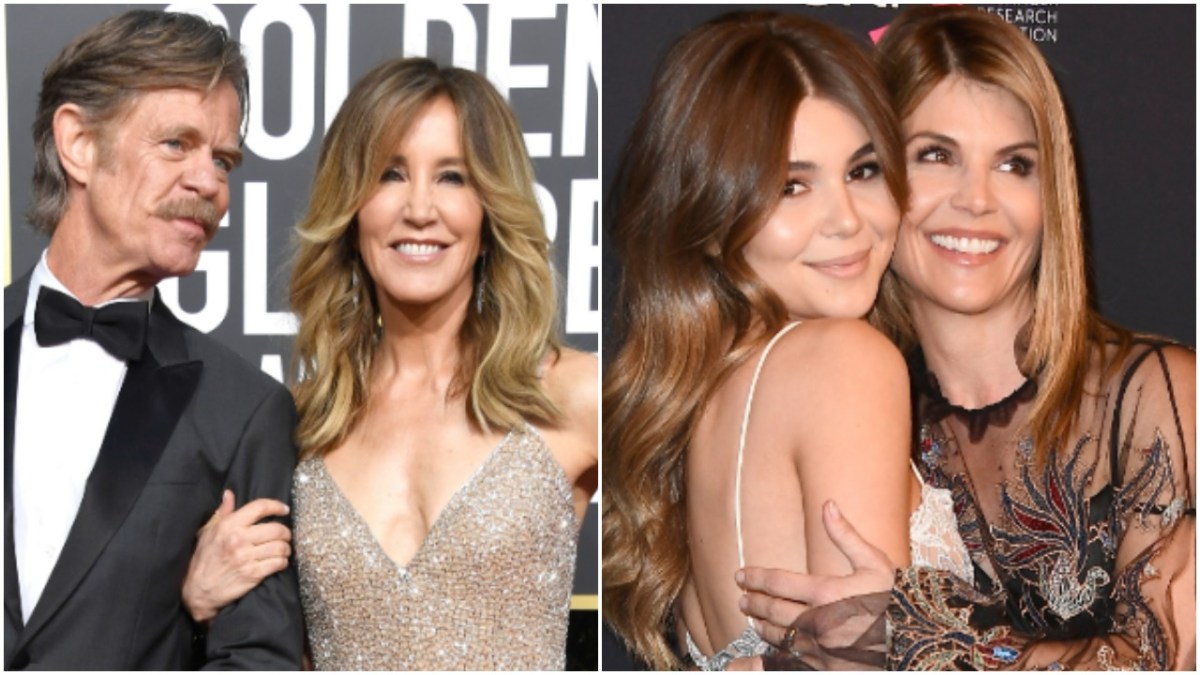 This goes beyond the usual ways in which wealthy families can buy their way into these schools–making massive donations and putting their name on buildings and the like–to straight-up cheating on entrance exams and getting their children recruited for teams they have no intention of playing on, sometimes with literally no experience in the sport they’re being recruited for.

The list of parents involved are mostly just super-rich regular people, but there are also a few super-rich famous people like Desperate Housewives & Sports Night’s Felicity Huffman and Full House‘s Lori Loughlin, both of whom are reportedly currently in federal custody. Oddly, Neither woman’s husbands are making headlines, despite the fact the William H. Macy was allegedly caught on tape conspiring to rig his daughter’s SAT scores.

According to the Washington Post, the scam, which the FBI is calling–and I promise I’m not making this up–Operation Varsity Blues–involved at least one college admissions advisor, William Singer, taking approximately $25 million dollars in bribes.

Some of it he allegedly gave to sports coaches to say students were on their team (as with Loughlin’s daughters) or standardized testing officials to help students cheat (like the Muffmans). According to the criminal complaint, that involved providing answers to students, correcting them afterwards, or having another student take the test altogether.

The sports workaround is … bizarre.

They photoshopped them kids into stock photos of people playing soccer. To get into USC. Ya boy is dying over here man.

They mocked up water polo pics after buying equipment on Amazon. pic.twitter.com/YPwzJe92m3

Singer is said to have funneled this money through the Key Worldwide Foundation, a fake charity he set up for the purpose of taking bribes. According to their tax filings, the Key Worldwide Foundation is designed to “provide education that would normally be unattainable to underprivileged students.” In reality, it allows ultra-privileged students with mediocre transcripts to purchase their college education–and in a way that’s tax deductible for the cheating parents.

Boston’s U.S. attorney, Andrew Lelling, told the Post, “These parents are a catalogue of wealth and privilege. This case is about the widening corruption of elite college admissions through the steady application of wealth combined with fraud. There can be no separate college admission system for the wealthy, and I’ll add there will not be a separate criminal justice system, either.”

But of course, there already is a separate college admission system for the wealthy. The most blatant example is legacy families making giant “donations,” which is just a socially acceptable form of bribery. Beyond that, though, wealthy families have far better access to so many forms of assistance that have been proven to increase kids’ chances of getting into a top school–things like private tutors or the ability to take an unpaid internship without worrying about finances. That these families had access to all of this and still decided to just do outright crimes is beyond upsetting.

It’s just a stunning look at the inequity of access to these opportunities.

I want the people who were up in arms about affirmative action in college admittance to keep that same energy for rich people who pay to get their kids into Ivy League schools.

These are the people who are ACTUALLY stealing your kid’s spot. https://t.co/L6qYvpNKcT

The grossest part of this whole story might be the ways in which they reportedly exploited the disability accommodations process, set up for those with legitimate special test-taking needs. A CUNY professor explained on Twitter how that works:

When you take the SATs under standard conditions, you take it with a large group of other students. If you require special accommodations, it can be possible to arrange for a specific proctor.

In this case, Macy and Huffman got extended time on the SAT for their daughter, claiming disability, then used that accommodation as the lever to get the daughter to take the test alone, with a proctor they arranged.

That chosen proctor was affiliated with the admissions scammers, and either coached their daughter during the test or corrected her answers afterward to get her score up to the level they wanted.

One daughter’s school planned to have her take the SAT there, and the family and scammers conspired to move the test to the site where they could cheat. So even if the initial accommodation was legit, it was leveraged for gain.

These families used their wealth to buy space in universities that could potentially have gone to students who deserved that education, managed to make their crimes tax-deductible, and they exploited systems set up for students with disabilities in the process.

Honestly this story has everything:

WHAT MORE COULD YOU ASK FOR.